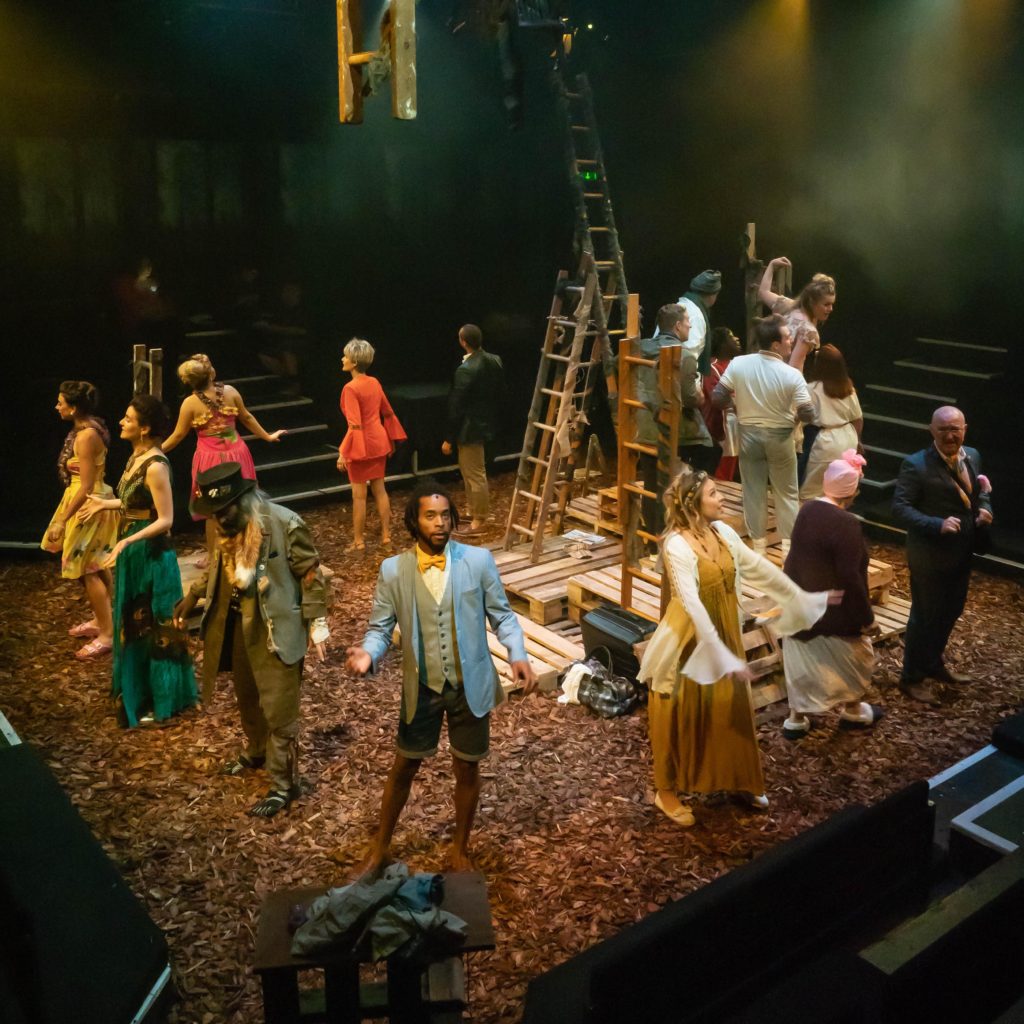 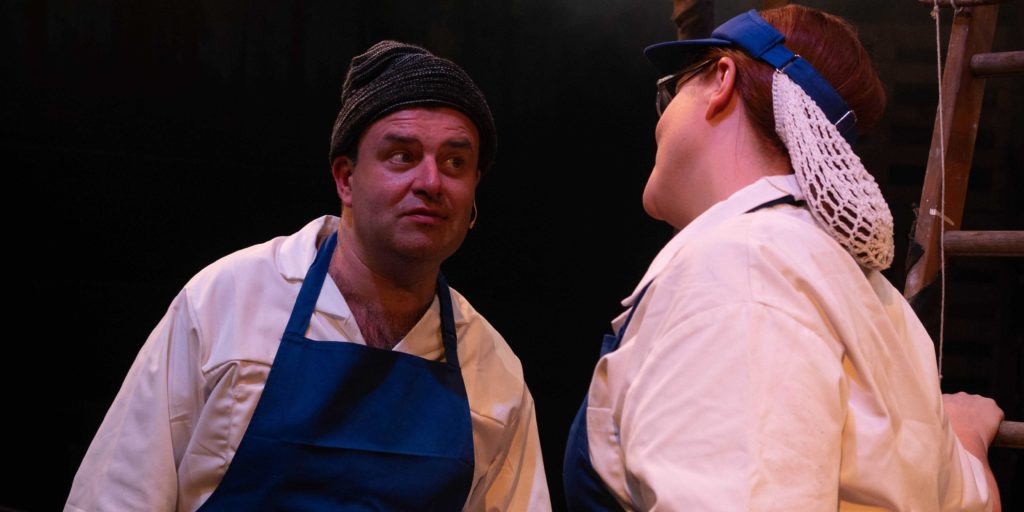 Into the Woods is a fantastic musical written by Stephen Sondheim based on fairy-tales we all know and love. Beloved stories such as Cinderella, Rapunzel, Little Red Riding Hood and Jack & The Beanstalk are fused together to create a new story where the characters work together and learn that life is not always a fairy-tale; there are not always happy endings, not everyone can be trusted and not all princes are charming.

In a new production at The Cockpit (Marylebone, London), director Tim McArthur has created a magnificent production of Into The Woods with a new modern twist including stepsisters from TOWIE, a paedophile wolf and a princess with a drug addiction. Initially, I was sceptical and worried if a recreation of such an iconic musical was going to successfully work but I was thoroughly impressed by it.

First, there are the original fairy tales, then the Sondheim’s ‘Into the Woods’ adaption, now this production takes it one step further. It is a twist on a twist. Into the Woods looks at fairy-tales and their dark connections to real life mixed with a few life messages along the way; how important it is to work together, trust yourself, not talk to strangers and that things are not always they seem so do not be quick to judge other people.

This show is performed in the round making the production intimate as though the audience are joining the characters on their journeys.

Trees, castles, beanstalks etc are created using wooden ladders and palettes and the floor is covered in bark (advice: don’t wear heels), emphasising that we are in the woods and giving the show a forest vibe. The effect was basic but created a good atmosphere.

The script benefits from being updated giving it a modern feel whilst maintaining the Sondheim flair. Costumes, regional accents and cast diversity are subtlety used to reflect class distinction and in effect keep it British, fun for the audience and to create something completely different to previous adaptions.

Director Tim McArthur plays the troubled baker who longs for a child and is willing to do anything to break the witches spell. His wife is played by Jo Wickham whose comedic timing, body language and facial expressions made her character loveable and relatable.

Cinderella’s stepmother (Mary Lincoln) and stepsisters (Mackey Cherrett & Francesca Pim) were fantastic playing girls from TOWIE, adding comedic elements to their moments on stage. Cinderella (Abigail Carter-Simpson) played a character from Essex as well which starkly contrasted with Jack (of Beanstalk fame), and his mother portrayed as Northern chavs, Jack with marks on his face from either getting into fights or from abuse from his Alcoholic mother.

Red Riding Hood and Jack, being the youngest characters in the story, were played fantastically by Florence Odumosu and Jamie O’Donnell. It is challenging for adults to play child roles ensuring they are real and believable, but they pulled it off very well. As upbeat and energetic children they were brilliant, but in more emotional and important scenes, they gave touching performances. Easily my favourite characters due to their high level of commitment and energy.

Any Sondheim musical is challenging, and I give a huge hats off to the actors performing this demanding piece.

There were a few highlights; Jack’s song Giants In The Sky is an honest emotive performance and Cinderella’s singing voice gave me goosebumps, especially during ‘No One Is Alone’. Playing the witch, Michele Moran’s interpretation of the song ‘Last Midnight’ was one of the best I’ve heard.

The song ‘Your Fault’ featuring the central protagonists all blaming themselves for the disasters that have befallen them was fantastic and another stand-out performance, however, all the ensemble numbers were enticing and jolly, the cast bouncing off each other’s energy. It was clear that they were enjoying themselves which made me enjoy it all the more.

In conclusion, Tim McArthur’s Into the Woods is like Stephen Sondheim and Tim Burton have teamed up to create something dark, real and comedic like Trainspotting or Skins.

Dark, breath-taking, exciting and addictive. Beloved fairy-tales behind closed doors and after the “happily ever after.” You won’t know whether to laugh or cry… but you will know you want to go back and see it again and again.