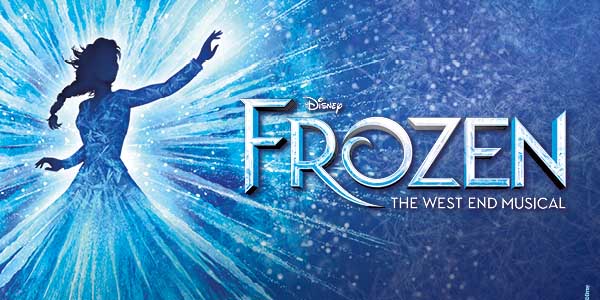 Having two teenage daughters means that when the film version of Frozen was released in 2013, the house was often filled with refrains of Let It Go, For the First Time in Forever and Love Is an Open Door. The DVD was rarely in its cover so it was inevitable that Disney would cash in on the film’s huge success and eventually the stage musical has arrived at the recently refurbished Theatre Royal Drury Lane.

The story, inspired by Hans Christian Andersen‘s fairy tale The Snow Queen, centres on the relationship between two sisters who are princesses, Elsa and Anna. Elsa has magical powers to freeze objects and people, which she does not know how to control. After inheriting the throne, Elsa flees, inadvertently causing the kingdom to become frozen in an eternal winter, and nearly kills her sister. She must sacrifice and show true love to save the day.

Fans of the film and children in particular will doubtless love it, but this musical adaptation of Frozen felt a bit anti-climactic and the actual plot is paper thin. There are excellent central performances by Samantha Barks and particularly the goofy Stephanie McKeon as sisters Elsa and Anna whilst the puppet snowman Olaf – operated and voiced by Craig Gallivan – is joyful and has the best of the dialogue.

There are extra songs here that don’t appear in the film but these are instantly forgettable and in the case of Hygge which opens Act 2 add nothing to the story. Overall, the effects are disappointing with a revolve and rising platform underused to the point of actually being pointless.

This is a musical for children who will undoubtedly leave the theatre as excited as they were before they go in so don’t listen to a reviewer in his 50s and go and see it for yourself.