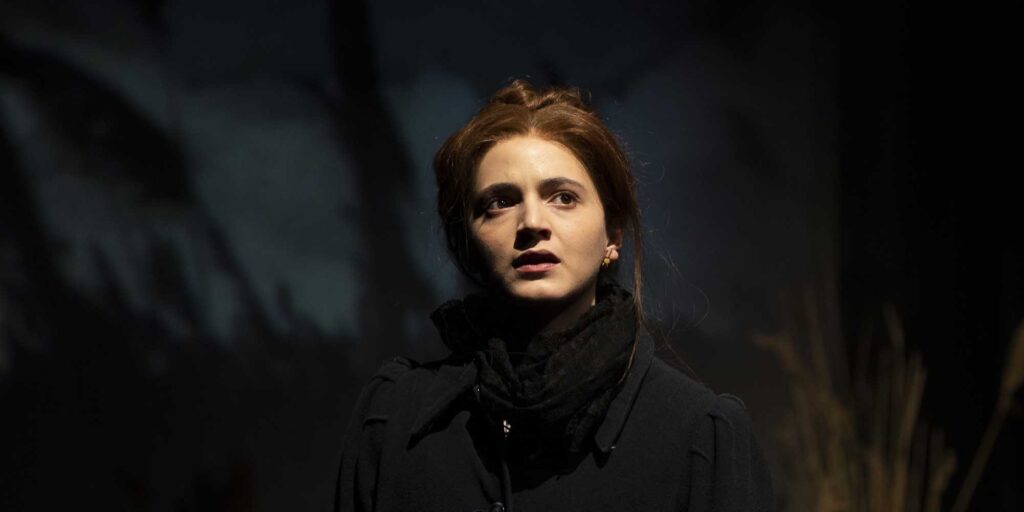 Originally scheduled for 2020 but delayed due to the pandemic, internationally renowned author Kate Mosse’s The Taxidermist’s Daughter has now become the 60th anniversary season opener at Chichester Festival Theatre.  Cicestrian Kate spent countless hours roaming the Fishbourne Marshes and it is her enduring love of her childhood landscape that has inspired this rather macabre Gothic mystery.

The play is set in 1912 on the bleak isolated Fishbourne Marshes.  Connie lives with her widowed father, a former legendary avian taxidermist but now a heavy-hearted man finding solace in the bottle.  Connie is assaulted by disturbing flashbacks ever since a tragic event 10 years before but gradually she begins to rebuild the memories of her past when two local women mysteriously go missing.

This tale of injustice and retribution is set in a world where women have a very insecure social standing and it touches on sexual violation, superstition and murder.  Kate has adapted her own novel for the stage which is directed by Roisin McBrinn (currently joint Artistic Director of Clean Break) together with an innovative design team.  The imaginative atmospheric effects with the use of video are outstanding alongside some impressive technology.

Making her Chichester debut is Pearl Chanda in the role of the much maligned and abused Cassie Pine.  She gives a strong performance and in the air of gathering menace she embarks on murderous revenge to punish those who have done her wrong, which is perhaps in more graphic detail than was comfortable to watch!  Daisy Prosper, in this her professional theatrical debut, admirably captures the compassionate Connie Gifford as one by one such shocking revelations are revealed to her.  Some fine and convincing characterisation too from the supporting company, in particular Connie Walker (Jennie Christie), Posy Sterling as her daughter Mary, Raad Rawi (Dr Jack Woolston) and Forbes Masson (Crwley Gifford) that hold this dark and spooky production together.

This world premiere is a dark uneasy cocktail of a chilling storyline that is slow to unravel, an eerie backdrop and some complicated issues, but the final scene goes some way to lift the gloom and sinister tensions.