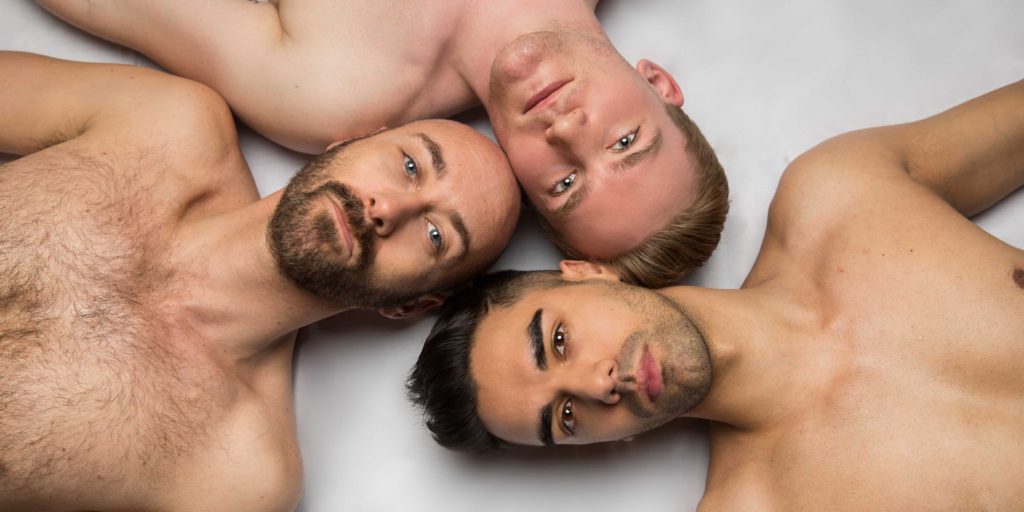 Joe DiPietro’s smash hit F*cking Men returns to London following sell-out runs at The Vaults, Edinburgh and Dublin,  This time being performed at the King’s Head Theatre with a new cast F*cking Men will run for a strictly limited three-week run.

F*cking Men consists of various gay characters and their stories/lives which all cleverly link together in one way or another using a cast of three, Augst Ohlsson, Liam Darby & Richard De Lisle.

However, what this play showed me is whilst it is a good thing that they aren’t “trapped by monogamy” – they can be still essentially trapped by the idea, therefore disallowing them to deter negative norms and biased values that unfortunately do still exist.

Equally, how when they are in a relationship (with a male or female) they can still “fool around” or have “hook-ups” with other people. It also deals with reactions from their same-sex partners who are aware of the hook-ups and don’t seem bothered by them, is this because of the stigma and general expectations or are they uncomfortable on an emotional level?

The topic of Aids/HIV is touched upon throughout the play and how some are honest and open about it before sexual intercourse and how others claim to be HIV negative. It also covers how some people are accepting of people who are HIV positive and how others who are more concerned.

All three actors were equally fantastic at portraying different characters showing their versatility as well as playing to their strengths.

The moment that really stuck with me the most was when one of the characters gets very emotional when talking about a previous lover who impacted on his life in more ways that one but because of the way society works, as well as how sexuality can be viewed to influence your career, they could never be the couple they longed to be.

The King’s Head Theatre is very small but works well for ‘F*cking Men’ because of its intimacy, it feels personal so that you begin to open up your heart and mind to the stories and characters, as well as reflect on your own life and the people you know.

This play is relevant today not only for the gay community but for everyone. Hats off to Joe DiPietro (writer) and Mark Barford (director) for what they have created, as well as to the actors who were fantastic giving a truly believable performance. There was never a dull moment, I  both laughed and cried therefore, I would highly recommend this play for everyone. It is comedic, heart-warming, eye-opening and overall… phenomenal!

F*cking Men’ is at The King’s Head Theatre in Angel (London), from May 16th – June 2nd. I would recommend it is suitable for ages 16+ due to nudity, language and themes throughout.