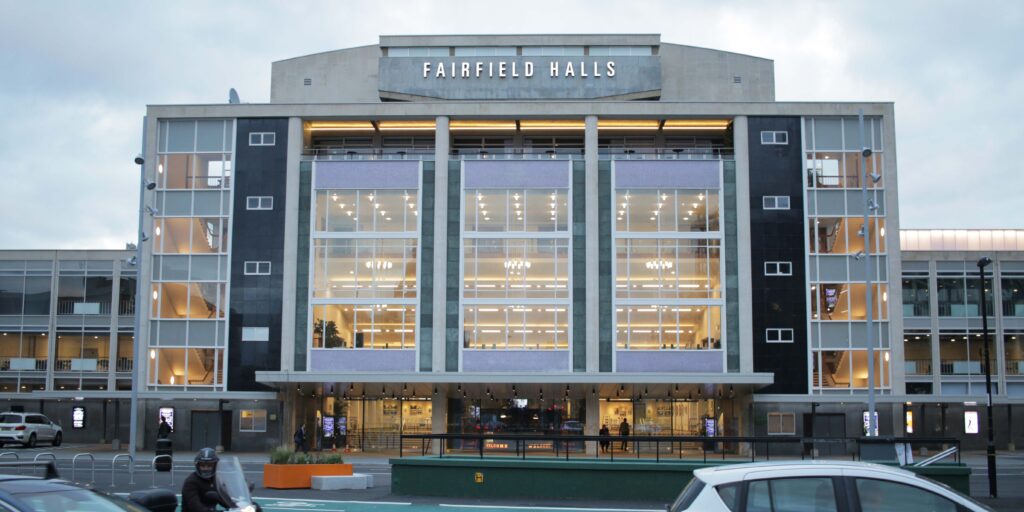 Fairfield Halls in Croydon- one of the biggest arts centres in the UK, the largest in South London, and the largest multi-disciplinary arts and entertainment space in South London and the South East – will be offering an exciting new season of shows and events in the first half of 2020, including an eclectic mix of theatre, music, comedy and family entertainment. Croydon has just been named the London Borough of Culture 2023, and the venue will work closely with the council in producing a varied programme that inspires and includes local communities that shows ‘This is Croydon’.

Imagine Theatre, producers of last year’s ground-breaking Cinderella are also returning at Christmas with the classic fairy tale, Beauty & The Beast – another spectacular family friendly production in the Phoenix Concert Hall (NB tickets will go on sale to Fairfield Members and Subscribers on Friday 14 February, with general on sale on Monday 24 February.)

Highlights of the theatre programme in the Ashcroft Playhouse include:

The Croft – Following last season’s The Night Watch at the Ashcroft, The Original Theatre Company return to Fairfield Halls with the world premiere of a new thriller starring Gwen Taylor,

The Cat and The Canary – Building on the phenomenal decade-long success of The Agatha Christie Theatre Company, The Classic Thriller Theatre Company presents their fifth production, with an adaptation of this famous stage thriller which went on to spawn three hit movie versions.

Family entertainment highlights include: Zog, In the Night Garden and Cirque Enfant as well as the weekly community family get together Donkey Dots with the Musical Balloon Band.

Music and tribute events include You Win Again – Celebrating the Music of the Bee Gees, Boyzlife, I’m Still Standing – the Music of Elton John, The Cavern Beatles, Jools Holland and His Rhythm and Blues Orchestra, What’s Love Got to do with it – A tribute to Tina Turner, and Club Soda

Dance highlights include Anton & Erin – Dance Those Magical Feet, Shakuntala, Silk Road and Peace and Harmony – an exciting cross-cultural collaboration between a quartet from Fairfield Halls’ resident orchestra, the London Mozart Players and a collective of Indian musicians and dancers.

Highlights in new space The Recreational (the 750-capacity space being used for live gigs, conferences and private hire events) include: All Star Wrestling, Frank Turner, the VIP Record Fair and the So Last Century Vintage & Retro Fair

The London Mozart Players (LMP) –the UK’s longest established chamber orchestra continue their residency at Fairfield Halls with a series of lunchtime concerts and an appearance by classical guitarist Craig Ogden in the Phoenix Concert Hall in April.

Julia Desbruslais from LMP said, “we have had a thrilling start to the opening season, beginning with the opening gala concert, that jointly celebrated the LMP’s 70th birthday, 30 years as the resident orchestra at Fairfield and the reopening of the beautifully restored Phoenix Concert Hall with its legendary acoustic. The programmes for our whole season at Fairfield reach out to young and old alike, offering something for everyone. LMP looks forward to continuing to bring in a new audience for classical music, celebrating world-class music making with high profile stars at this amazing venue, the cultural centre for South London.”

Savvy Theatre Company continue to deliver weekly classes and performances from Fairfield Halls. Savvy, which has been creating unique and accessible theatre experiences in Croydon and the surrounding area for more than ten years, is also supporting the venue’s operator, BH Live, in promoting access for all and its community arts programme. Sheree Vickers, Savvy’s Artistic Director, said, “it’s been a whirlwind four months since we moved in, with our established groups moving in, new groups starting, official launch events, technical installations, new partnerships and our inaugural show with an inclusive community cast of over 60 actors! We are now, as the new year starts, preparing for our annual summer season, which this year (without giving too much away), is based on the Grimms Fairytales, and will involve a bespoke installation in the SAVVY Studio. We also have our brand new inclusive YounGrrr Company for 8 – 11 years, taking place every Saturday morning. We are absolutely loving our little corner of Fairfield Halls. and can’t wait to introduce even more people to our new studio home.”

Talawa – the UK’s primary Black led touring theatre company, has taken up residence in a 200-seat studio and offices at Fairfield Halls. This will be the first time since 1995 that their headquarters will feature an on-site performance space. Fairfield Halls provides a home for Black theatre artists, enabling them to make outstanding work which will truly diversify and shape the cultural life of the whole country. The new residency will also create opportunities to train young Black artists in technical and creative theatre disciplines, suited to Croydon’s status as the London borough with the largest youth population, and working in partnership with organisations in the borough and nationally. Talawa will open the Talawa Studio at Fairfield Halls with RUN IT BACK, playing from 26 March – 4 April 2020.