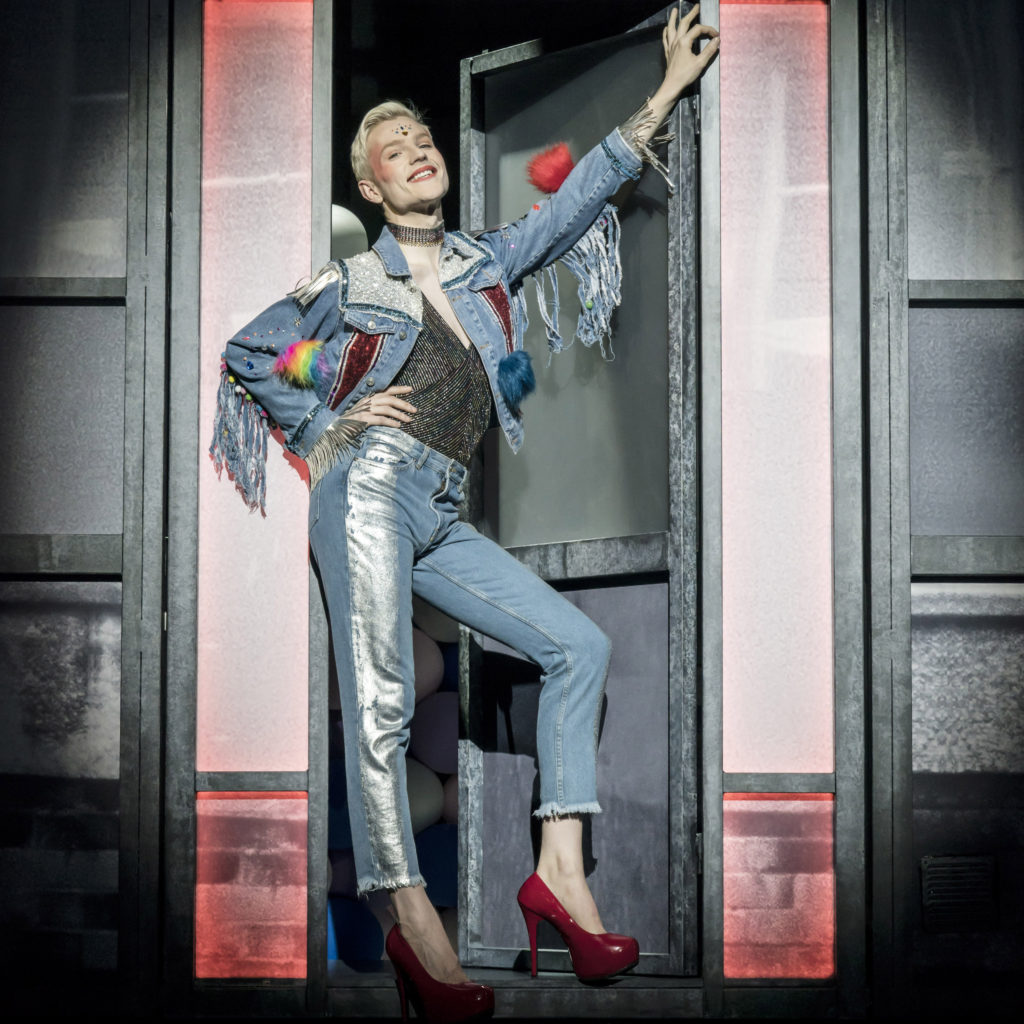 Based on a true story, this amazing show about courage, friendship, relationships, loyalty and coming out started life as a documentary (Drag Queen at 16). The documentary was watched by chance by theatre director Jonathan Butterell who then gathered together a creative team (bizarrely with the help of Michael Ball) and turned the story into a musical which opened in Sheffield where it was set. It played to sold-out houses before transferring to the Apollo Theatre on Shaftsbury Avenue. Since then the five star hit musical has been screened live to cinemas throughout the UK and it is has been recently announced it will be made into a big screen musical movie.

Personally, as a Mother of teenage boys, this show to me is unequivocally about the relationship between mother and son. Margaret has been left to raise Jamie on her own and does everything she can to protect her son from the neglect and disapproval he gets from his father. Margaret supports Jamie wholeheartedly, even though Jamie’s desire to wear dresses and his ambition to become a drag queen are bound to make life difficult for him. She encourages him to be himself, never belittles his choices and even buys him his first pair of high heels. Rebecca McKinnis boldly plays this incredibly strong woman whose son is her world. I was enraptured by her portrayal, call it a menopausal moment but I was in floods of tears as she sang ‘My Boy’, Margaret’s testament of devotion.

Although Margaret doesn’t have a spouse, she does have something better, her best friend. Ray is the sort of best friend every woman should have. She cheers Margaret up and picks her when she is down and more importantly loves Jamie as if he is her own and supports them both completely. Shobna Gulati plays Ray and the bond between the two ladies is tangible…I want/need her to be my best friend too!

Pritty Pasha (Lucie Shorthouse) is Jamie’s best friend, a Muslim girl given a Hindu name, one that she feels is ironic. On the surface you wouldn’t think that Jamie and Pritty wouldn’t have anything in common, Jamie is struggling with his sexuality and daydreaming about sequins while Pritty is conscientious and studying hard to become a Doctor. Together they feel as though they are outcasts and through their friendship, Pritty becomes Jamie’s rock and confidant. It is to Pritty that Jamie opens up about his father and the fact that he doesn’t know how to act or feel. It is Pritty who convinces him that he is beautiful and needs to summon courage to enable him to grab opportunities in order to shine.

Dean (Luke Baker) is the school bully and Jamie’s nemesis, he taunts Jamie about his sexuality but doesn’t know how to react when Jamie gets the support of his other classmates and is able to fight back. A more dangerous threat to Jamie are adults whom he should be able to trust. Jamie’s teacher Miss Hedge (Tamsin Carroll) hides her distaste behind school rules and .what is good for the other students’, and his own father (Ken Christiansen) who is ashamed of Jamie and wants nothing to do with him as he starts a new family with a new wife. The opinions of these people hurt Jamie deeply and hinder him in every way.

So why is Everybody talking about Jamie?

Because apart from the fabulous story and the music that sticks in your head long after the curtain falls,  there is a part of Jamie’s story that is guaranteed to touch everyone. It is a ‘coming-out’ story with a difference made even more poignant because it is based on a true story. John McCrea playing the title role encompasses every emotion possible during the show, he is able to exude confidence with his family and friends yet capture a raw vulnerability when challenged. Not only that but he can sing and dance too! It is no wonder people are hailing him a superstar. He does the original Jamie proud.

…And I wish I could wear heels like that.

Everyone’s talking about Jamie is a must see, I recommend it wholeheartedly.

Tickets are available from Theatre South East starting from £26