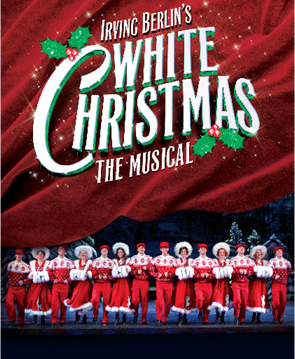 Regardless of whether it snows this Christmas, on October 29th, Fenwick promises a white night to remember. Bond Street’s most renowned department store has collaborated with Irving Berlin’s White Christmas to showcase a festive season customers will fall in love with.

A London first is scheduled for Bond Street, as Fenwick invites Londoners to start tapping their feet as it sets the stage for the capital’s debut performance of Irving Berlin’s White Christmas, in advance of the musical’s official premiere at the Dominion Theatre on November 8.

Passers-by can get in the festive spirit, as Fenwick reopens its famous Bond Street corner balcony for the first time since WWII ended in 1945, for a special performance of the title song by the iconic Aled Jones. The entire cast of Irving Berlin’s White Christmas The Musical, which also stars Tom Chambers, Wendi Peters and Graham Cole will support, under a blanket of virtual snow.

This is the first time the musical will have ever been performed in the capital, as 2014 marks the 60-year anniversary of the film starring Bing Crosby, and ten years since the musical first premiered on stage, in San Francisco.

David Walker-Smith, Fenwick of Bond Street’s Managing Director said: “If there’s one thing which conjures up an emotional feeling and endless festive memories, it’s White Christmas. We are so excited about welcoming Aled and the cast to Fenwick, getting into the Christmas spirit, and hopefully stopping traffic on a snowy Bond Street! Our windows represent a classic Christmas card scene and invite all Londoners to celebrate the important things in life this festive season: love, family, fun and friendship.”

Aled Jones, the co-star in Irving Berlin’s White Christmas, said: “The cast is absolutely delighted to be giving our first ever London performance at Fenwick of Bond Street and we plan to ensure it is quite magical. It seems a natural fit that an iconic department store steeped in so much history should host a performance of the most famous Christmas song ever written.”