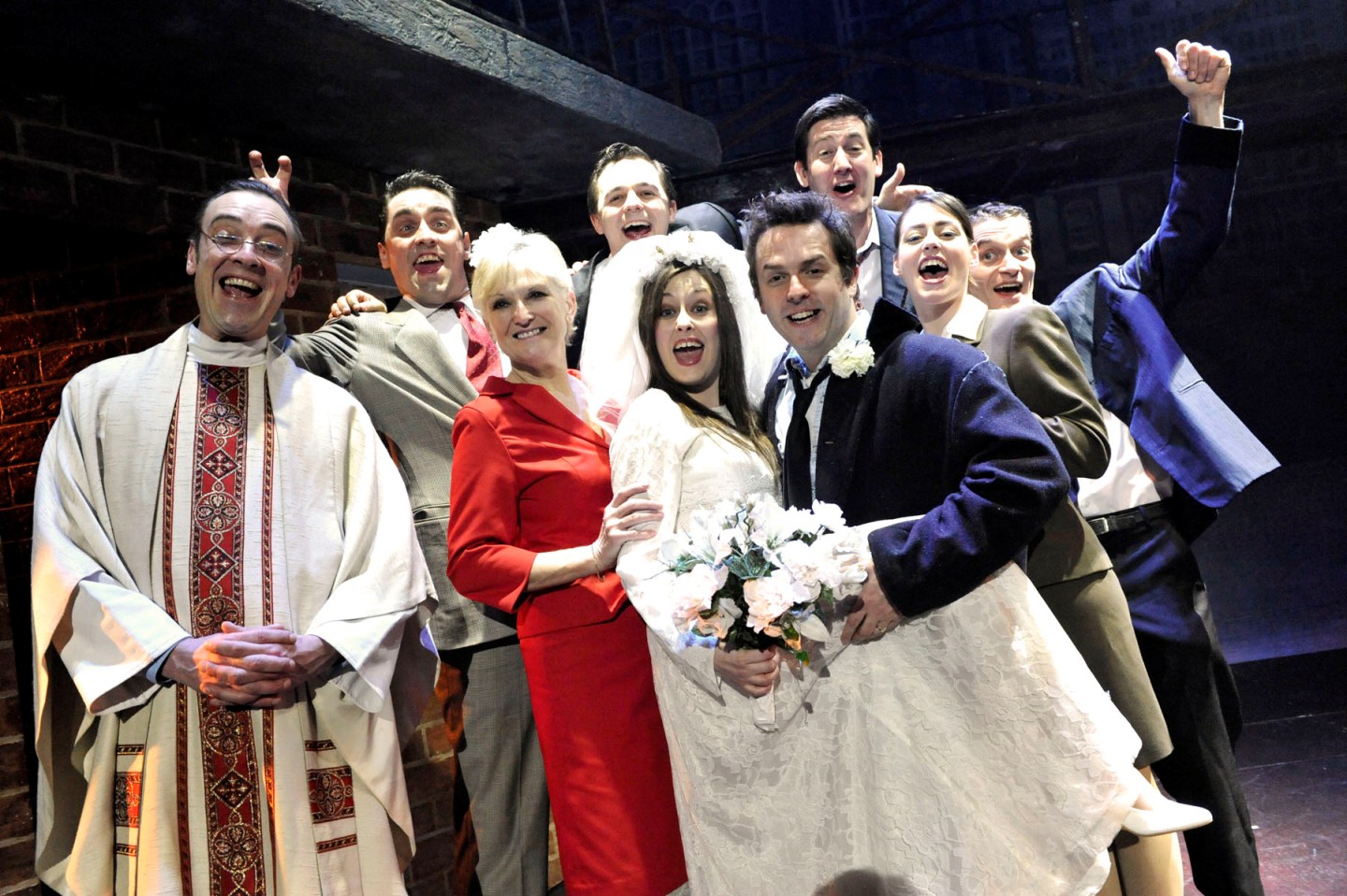 I have a confession to make. I am certainly not new to the phenomenon that is ‘Blood Brothers’, I have seen it on many occasions in the West End and more recently on tour and laughed and sobbed my way through it on numerous occasions. For a long time it was at one of my favourite musicals.

Disappointingly the last couple of times I saw the touring production of Willy Russell’s masterpiece, the production looked tired, dated and thrown together on the cheap and as a result it didn’t evoke the intense feelings that it had in the past. After my last visit I reluctantly convinced myself that Blood Brothers had seen it’s day and the time had come to shelve it to make way for more modern musicals.

I was convinced to give it one last try after seeing the cast list for the latest tour. On paper it was a dream cast. Lyn Paul was to reprise the role of the iconic Mrs Johnston, a role she has played numerous times in the West End (I rated her the best I had seen) and the Narrator was to be played by Dean Chisnall (Shrek, Love Never Dies, Never Forget) who I think has got one of the best voices in the West End.

Set in Liverpool, the story centres around twin boys Mickey and Eddie who are separated at birth and brought up in very different surroundings. By chance one day their paths meet and not knowing they are brothers they instantly become friends despite their differences.

The boy’s overly superstitious mother Mrs Johnston is portrayed to perfection by Lyn Paul who gives us her all as the hard-up worn-out mother of eight, striving with dignity against all odds to do what is right for her children. She makes us laugh out loud and with equal measure sob tears of despair. An incredible performance.

Dean Chisnall does not disappoint either. In the past the narrators of Blood Brothers can have a tendency of piling on the Liverpudlian accent so thick that the words get lost. Not so in this case. Every word is crystal clear as he drives the narrative with clarity and flair.

Josh Capper playing Mickey delivers a superb performance, his character develops and changes throughout the show taking the audience with him on his journey, his brother is played by Blood Brothers veteran Mark Hutchinson whose vast experience playing the naïve and pampered Eddie Lyons shines through. The trio of friends is completed by Alison Crawford playing Linda who transforms with ease from streetwise kid to an alluring teenager to a worried wife and mother. Three stunning performances about growing up and dealing with what life throws at you.

The supporting cast is spot on from the children playing in the street led by elder brother Sammy  to the paranoid Mrs Lyons (Sarah Jayne Buckley) who is so hell bent on protecting her son that she doesn’t foresee any danger.

The set and backdrops have been given a new lease of life and do I detect a few slight changes in the script? There is no doubt at all that the whole production has been give a much needed facelift while maintaining the fundamental heart of the story.

This production along with it’s stellar cast did not disappoint at all. For me it was like watching the story anew. If you have never seen Blood Brothers before or even if you have, I urge you to catch this current touring production if you possibly can.