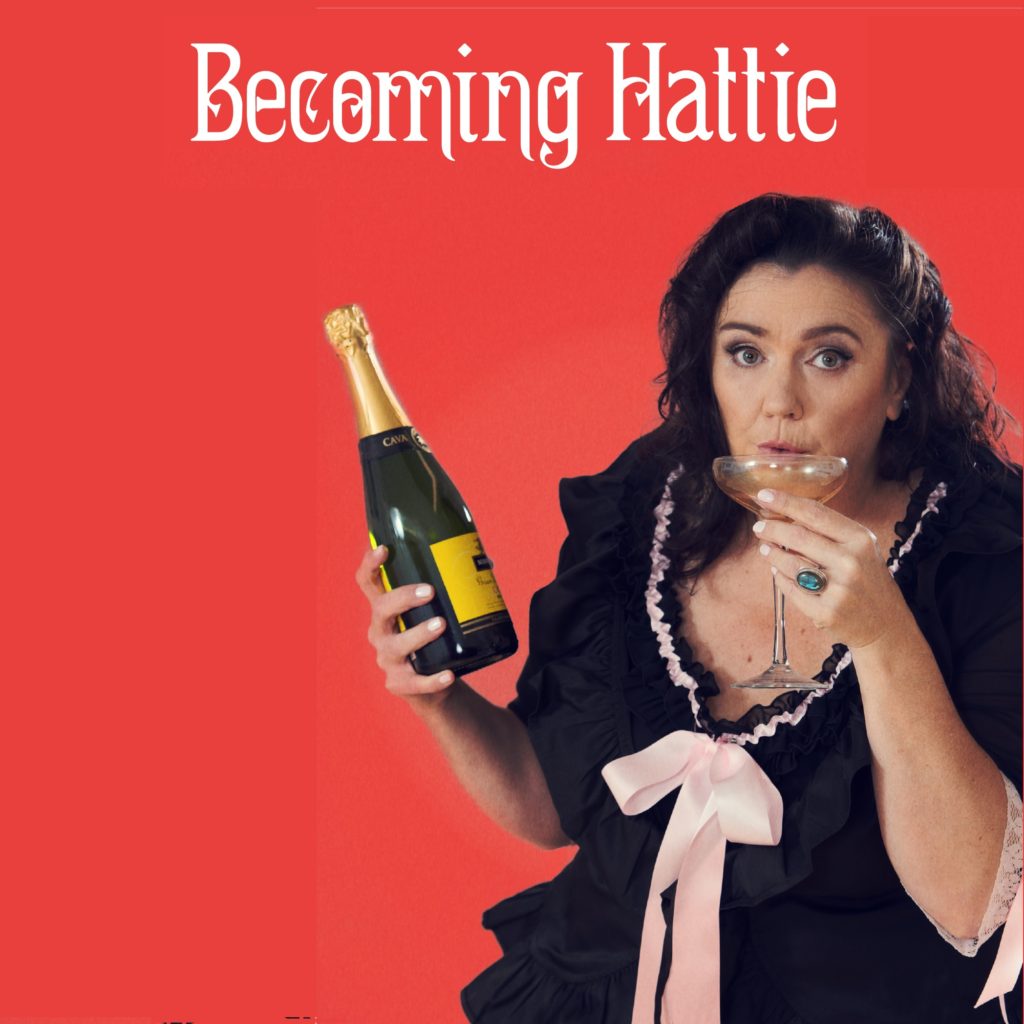 Leicester Square Theatre until 28th May 2016

I don’t like Arctic Roll.  I realise that I am in a minority of one, but I have never quite understood the apparent harmony between sponge and ice cream.  However, in a Proustian petites madeleines moment, the mere mention of an Arctic Roll will catapult me back to the Seventies.  Becoming Hattie, a one woman show currently playing at the Leicester Square Theatre set in part in the Seventies evoked by references to Arctic Roll, the Six Million Dollar Man and Jackie magazine is equally evocative of the era.

The one woman play, written by Mhairi Grealis and performed by Ashley Christmas, is a touching exploration of how the physical defines a person and in turn how that defines a person’s life.  Christmas takes us on a journey, introducing a variety of characters who impact the life of Jo, starting with her Damascene moment at the age of 8 when she first comes across Hattie Jacques in the sitcom Sykes.  Being a chubby child, Jo finds a role model in Jacques and knows at once that she wants to be an actor.

Parallels are drawn between the two characters as the play unfolds and the story lines of each are intertwined.  Filled with optimism and hope, the lives of Hattie and Jo are revealled.  Increasingly we see that optimism dimmed.  Why?  Because society will not let women of size do anything other play a comic role or that of a cleaner.  If you are fat you are funny.

Christmas moves seamlessly between the two characters, but it is when she is Hattie that she truly excels.  As with the best of performances of famous people a delicate, nuanced touch, rather than full blown impersonation is most effective and draws the audience in.  This is a touching, moving, ultimately sad show.  There are plenty of comic moments to make sure we don’t leave the theatre wanting to slit our wrists, my favourite being the homage to Hattie as Matron in Carry on Doctor.  It must be tempting to impersonate a famous character when playing such a role, but Christmas nails Hattie to perfection.  However, there is no Disney happy ever after.  The message is a sad one because this is real life.  People discriminate and pick on people who are fat.  But, this makes the message all the more poignant and powerful.  The play is not didactic. The message isn’t supposed to hit you over the head in a Road Runner anvil style.  As Christmas says in her own voice with a Mike Yarwood style “And this is me”moment, this play could be about any form of discrimination, she just happens to have experienced this one.

Sensitively directed by Mary Swan and wonderfully executed by Christmas, this play asks nicely rather than demands our attention.  Becoming Hattie is fun and compelling and worth the trip.  Catch it at the Leicester Square Theatre until 28th May, but note it is not suitable for under 15s.