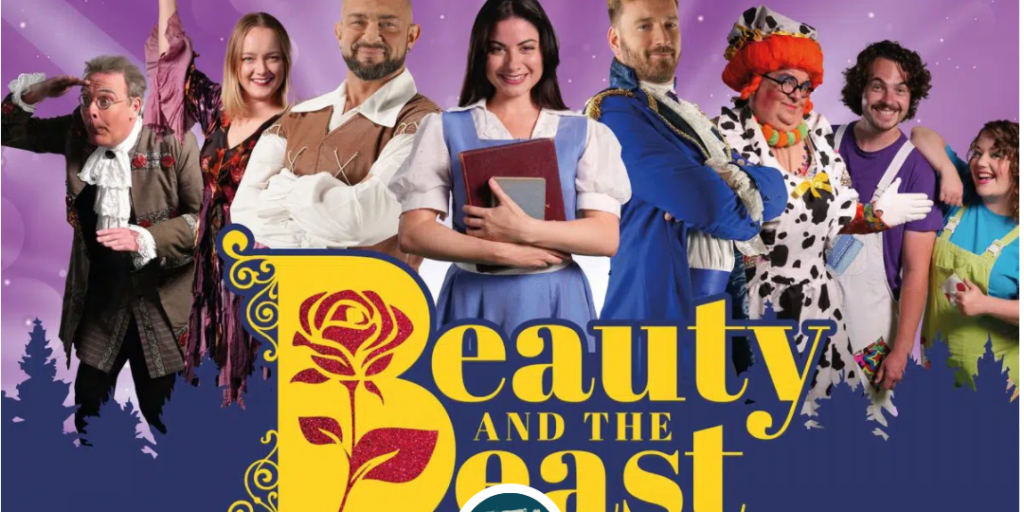 Beauty and the Beast
The Pavilion, Worthing


It’s official: Pantomime is alive and kicking ….. and has arrived at the Pavilion Theatre, Worthing!


It’s nearly Christmas and audiences are flooding back to see long awaited pantos all over the country. Families were deprived of this universally loved traditional seasonal experience during the darkness of theatres last year, but now thousands are booking their tickets for one of the dozens of shows during the six weeks of non-stop performances, in eager anticipation of enjoying a matinée or early evening show together.

As a self-confessed erstwhile Panto-avoider, I admit here to a shameful lack of experience of live shows of this unique genre of entertainment. Of course I’ve seen bits and pieces on TV, trailers and suchlike, but never actually sat through a whole performance of this annual traditional offering. I was just a tad worried about (what I thought panto embraced) smutty innuendo, jokes far beyond little people’s comprehension and low production values. So it was a massive revelation to me to discover that panto today has been totally transformed. None of the above features at all these days. Well, certainly not in this production anyway.

Worthing Theatres and Museum (WTM) and Paul Holman Associates have a well-established relationship in the production and staging of pantomime and this year both companies really pulled the stops out. WTM moved away from Council control at the tail end of 2019 and is now operating independently as a registered Charity but still really in its infancy having had to put its exciting new plans on hold during the whole of its first year. It is now really throwing everything into its burgeoning programme for 2021/22. And it shows. This production of Beauty and the Beast: the Pantomime is proving to be a truly magical event … for all ages. It manages to provide everything you’d hope for as the ultimate in complete entertainment for all who are lucky enough to spend a couple of hours at the Pavilion in the run up to – and for a week or so after – Christmas. Top notch production values, professional performances, excellent choreography and delightful musical interludes. However, all this is sprinkled with lots of silliness and corny jokes, features an extremely ample pantomime Dame, and of course a good deal of audience participation. Plus it wouldn’t be a panto without all the usual choruses of ‘Where is it?’ ’It’s behind you! And, ‘Oh no it isn’t!’ ‘Oh yes it is!’. Naturally. The children just love it. It’s just expected.

Of course, like all pantos the original story is only loosely relied on, and this one was no different. Some of the opening sequences had some of the characters’ roles changed from the famous Beauty and Beast traditional tale, but this really doesn’t matter one jot. Nothing is to be taken seriously: we know it’s all going to be completely mad, populated with crazy colourful characters in ridiculous costumes, a magical fairy (in this case an Enchantress beautifully played by Dani Hardy), goodies, baddies and probably an eccentric old guy – here played by WTM’s very own Ross Muir as the aptly named Professor Crackpot. We also can rely on lots of fun and laughter along the way …. and most importantly a happy ending when everything comes right.

WTM’s Beauty and the Beast certainly delivered all of this to a packed and noisy house on what was a spectacularly entertaining evening. Sapphire Elia (playing Belle) is a wonderful lead with a stunning singing voice, playing alongside Jai McDowall as The Beast, The Count of Monte Don (do hope the real Monty Don feels rightly flattered!) also demonstrates his talents in this area. I was rather relieved when he was eventually allowed to divest himself of that beastly head and reveal himself as Belle’s one true love. (Hope no spoilers here!)

The hugely entertaining additions to the ‘script’ are the daft duo, Philippe Philoppe and Crepe Suzette (Josh Haberfield and Katie Pritchard), who give us non-stop frolics and frivolity at regular intervals. However for me the hero/heroine of the show is André Vincent who plays the fabulous over-the-top Madame Cherie Trifle. Reminiscent of Christopher Biggins, André is a seasoned performer with a wealth of TV and film experience, both here in the UK and in Canada in the ‘80s.

This production definitely comes up trumps, it is literally magical – a chocolate box of delights. Go see for yourself before it sells out, guaranteed fun and laughter all the way. I have been converted.