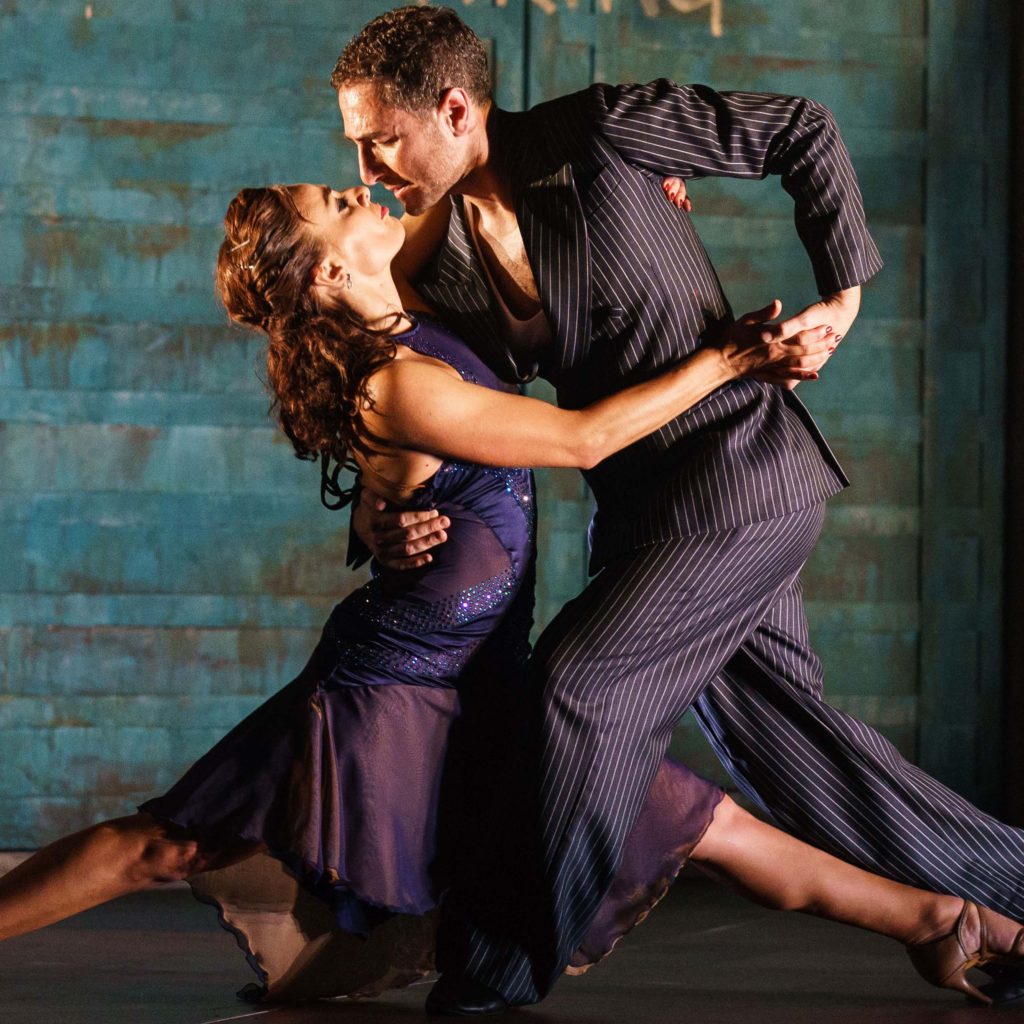 Tango Moderno is an exciting new dance show starring Strictly Come Dancing favourites Vincent Simone and Flavia Cacace. Ahead of the show being performed at The Hawth Crawley on Tuesday 27th March we hear from the two dancers about the show and their time on Strictly. 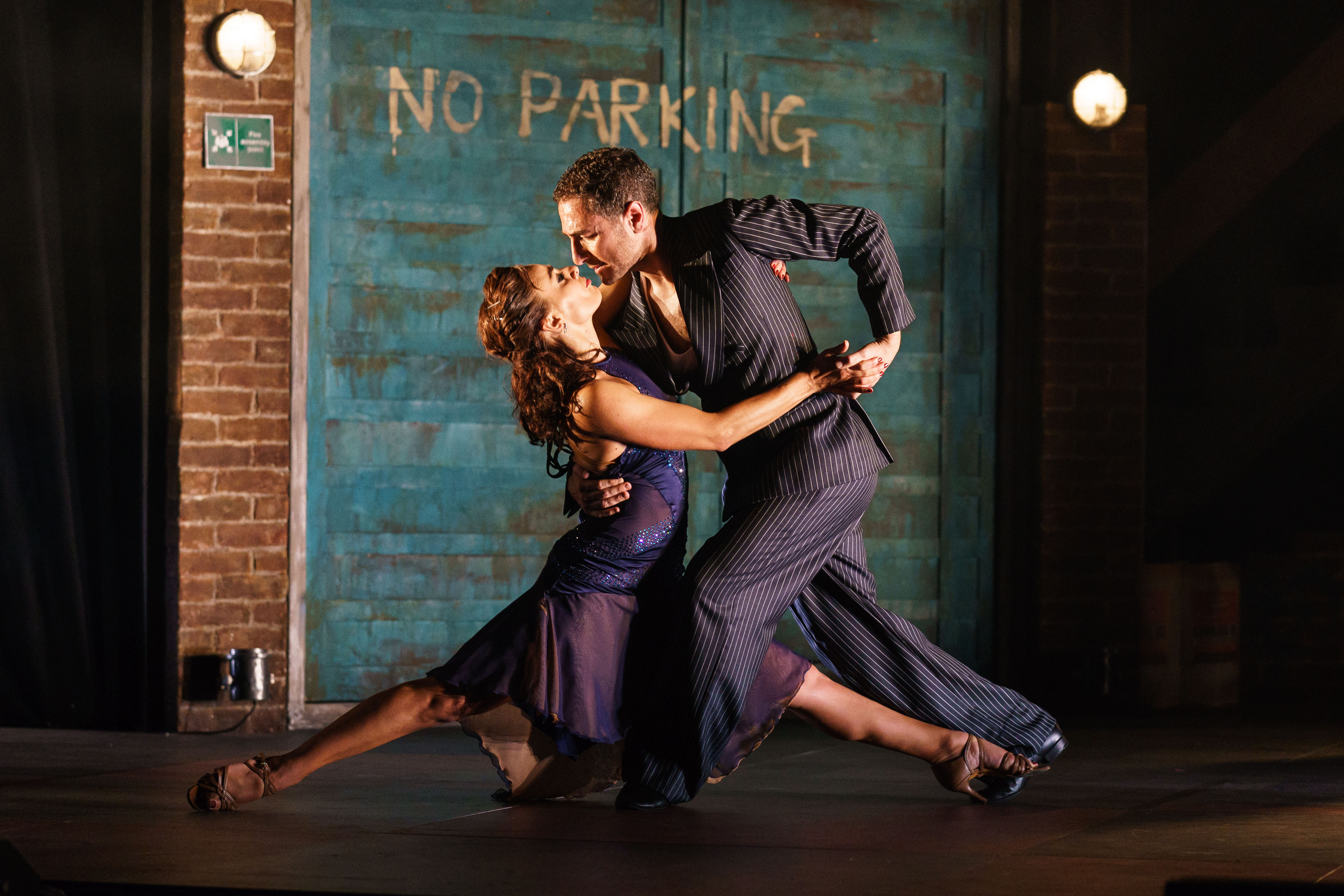 What can audiences look forward to about Tango Moderno?

Flavia: It’s our first show that’s set in the modern day and it’s set in a city. It’s left to the audience to work out where the city is but it’s quite urban. The main difference is that we’re not going to be characters in the show but rather we’ll be narrating it through dance, with an urban poet helping tell the story.

Vincent: It’s a very modern story that reflects what’s happening at the moment, with all these gadgets and phones and internet dating.

Flavia: It’s lots of different stories about people who meet and fall in love.

Vincent: We capture the feelings of the moment and evolve it into dance.

It’s billed as your hottest, most thrilling and audacious show yet. Can you elaborate on that?

Flavia: We’ve done three shows that have all been based around love stories, where we meet, break up, get back together. We didn’t want to come back with another show about the same thing. It’s going to be more flamboyant.

Vincent: I’m really happy we’re doing this because as Flavia says we’ve done shows set in the past and people see us as being from that era.

Vincent: That comes from the ballroom thing, Frank Sinatra, the Rat Pack. But we’ve done that and this time we wanted to push ourselves and use modern songs with choreographically up-to-date storytelling. We can’t keep doing the same thing so this is really exciting for us.

What is the soundtrack this time round?

Vincent: It’s much more contemporary. We have some songs that have been on the radio this year, like Human by Rag ‘n’ Bone Man, Bruno Mars, Ed Sheeran – which is very new for us.

Flavia: But there are also some beautiful ballads in there which will allow us to do a waltz and a foxtrot. The tango music isn’t traditional because it wouldn’t fit the theme, but there’s a lot of modern tango music out there.

What are the big challenges for you as performers with this particular show?

Vincent: The thing that’s really new for us is that we’re not going to be the protagonists. We don’t have strong characters that the story revolves around, we revolve around other stories.

Vincent: But it doesn’t mean there’s less of us in the show than usual. If anything it’s double the work because we have to be around making sure the characters meet, making the story happen, then we have to capture the feeling through dance numbers.

What are you most looking forward to about taking Tango Moderno around the country?

Vincent: We’re proud of everything we do because we give everything to it and this is no exception. It’s like ‘Guys, please come and see this because it’s amazing what we’ve created’. I also like how audiences are so different wherever you go and when you have a matinee they’re not as flamboyant as an evening crowd who [laughs] may have had a drink or two.

Flavia: It varies from town to town, whether it’s a matinee or an evening show or a Friday or Saturday night. Being on the road also means you get to explore other places, although you try and rest as much as you can because it’s hard work doing seven or eight shows a week. There are places I love going back to, like Canterbury and Bath and Glasgow and Edinburgh – there are so many beautiful places on this tour.

After your last show The Last Tango you said you wouldn’t be touring again. What changed your minds?

Vincent: After every show we go ‘No more!’

Flavia: The kind of show we put together – with a big cast and big sets, props, lots of group numbers – is always a huge challenge. Every time you start the process you think to yourself ‘OK, I’ll do it this time but there’s no way we can put ourselves through it again’. Physically and mentally it’s so demanding and we’ve been touring with our own shows since 2011.

Vincent: With The Last Tango we got offered ten weeks in the West End after the tour and we couldn’t say no to that because it’s such a big opportunity. We found when creating The Last Tango that we had so many new creative ideas and raw choreography that we just couldn’t accommodate them into that production.

Flavia: But as I say we can’t say no!

What is it about the tango in particular that continues to inspire you?

Vincent: The music. I can be driving the car and a tango comes on the radio or my iPod and I get goosebumps. Not many people can feel the tango – it’s a gift that you either have or you haven’t. We hear a tango and we’re in awe of the music. We feel it and you can see that in our dancing. It’s not just a routine, it’s a passion that comes from inside and you can’t teach that.

Why do you think dance shows continue to be so popular, both in the West End and around the country?

Vincent: People just love them. Dance is an art and it can inspire feelings in you – it can make you laugh, it can make you happy, it can make you sad. Theatre is the best platform for that and I always say our shows have to be a rollercoaster of emotions. The first show Midnight Tango was all about the tango so it had passion and drama, then our second show Dance ‘Til Dawn was a comedy and people loved it, then The Last Tango was quite emotional and moving. There’s so much you can do with dance when it comes to telling stories.

Flavia: Obviously Strictly has made dance popular and it’s made it popular amongst men too, which is something that was lacking before. It’s about being transported into another world. People can come along for two hours and forget about their lives and their problems and just enjoy great music and great dancing.

What do you most enjoy about working together?

Vincent: It’s easy. We share the same passion and we know how our bodies work together. We know exactly what we’re capable of doing together. Our director Karen Bruce has worked with us for the last seven years and she knows our strengths, and we have an amazing creative team. There’s also a chemistry. People say ‘Nobody can dance like you do, nobody can do the tango like you do’ and I have to agree. It’s that extra magical thing that you can’t explain, it just happens.

Flavia: We’re also quite versatile. We do ballroom, we do Latin, we do Argentine tango, so with a lot of the routines we do we tend to fuse things together. We don’t just do tango or a waltz; we take a traditional version of a dance and mix it with other things.

Spending so much time together, do you ever get on each other’s nerves?

Vincent: It’s not that we get on each other’s nerves, it’s more about the pressure. We’re professionals and if something goes wrong it can be frustrating because we want things to be perfect.

Flavia: But with other dancers with the pressures we have it might get very dramatic in rehearsals, but we’ve done this so many times that we know we haven’t got time for arguing or bickering, we have to get the job done. Sometimes it’s better to bite your tongue and crack on with it.

How do you get match-fit for a tour?

Vincent: Rehearsing the show over and over keeps you fit. You’re dancing every day and that keeps you in shape.

Do you have any pre or post-show rituals?

Flavia: I always brush the suede soles on my dance shoes. They call it ‘scratchy scratchy’ because you can always hear me brushing my shoes before a show. Then afterwards it’s a hot bath in the hotel to relax.

Vincent: I sometimes take Rescue Remedy because I get nervous. I care so much about the performance that the nerves kick in and Rescue Remedy calms me down a bit. Then after a show I just relax and maybe watch a movie.

Will you be keeping up with this year’s Strictly Come Dancing ?

Vincent: We don’t have the time because we perform on a Saturday evening and on Sunday we’re travelling.

Flavia: But it’s a great show and I think it will always be successful because it’s glitzy and glamorous. People want to see beautiful costumes and hair and make-up, they want to see stories, they want to boo and cheer the judges and all of that.

Vincent: Everyone has their favourite celebrity.

Flavia: And it’s fascinating for viewers to see the highs and the lows. If you’re at home on a Saturday night I can’t imagine what else you’d want to watch.

When you meet fans are there things they tend to ask?

Flavia: [Laughs] ‘When are you going back to Strictly?’

Vincent: Or ‘Why did you leave Strictly?’

Flavia: But we left at the right time and we love doing what we’re doing now. It’s good to move forward.

Will Tango Moderno be your last touring show?

Flavia: I don’t think we’ll change our minds this time. We’ve done four shows, four stories, four concepts that we’re really proud of. I don’t think our feet and our backs will want to do seven or eight shows a week after this. There are so many other things we could do – teaching, choreographing, workshops, the documentary film industry that we’ve touched upon. There’s plenty for us to get our feet into.

Vincent: One of the reasons we left Strictly was because we wanted new challenges. Touring has been a challenge and there are other things to explore now.

Flavia: And hopefully if we’re not on the road all the time we’ll enjoy life a little more. For the whole of our career we’ve sacrificed a lot of our personal time because of our work and our dancing. We’re away from home a lot so it’ll be nice to have much more of a balance.