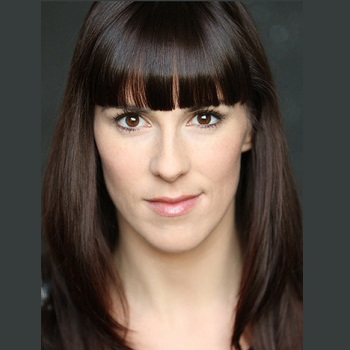 Theatre South East’s Sammi O’Neill caught up Verity Rushworth who is currently appearing in the nationwide tour of Agatha Christie’s And Then There Were None. Verity has recently been awarded a Bristish Soap Award for Best Scene as Donna Windsor in TV’s Emmerdale. 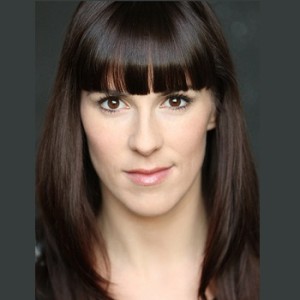 SON – Hi Verity, I would first like to talk to you today about your role in Emmerdale. You have played your character Donna for many years and started when she was a child and continued through to her death on the soap last year in a very dramatic storyline. What was it like spending all your teenage years on a TV set?

VR – I joined Emmerdale in 1998 when I was 12 years old so worked on Emmerdale throughout school and college. I left the soap at the age of 23 and returned last year when I  at 29 years old so I have been involved for a long time. I think as a teenager I grew up quite quickly working with adults and different directors. You are like a sponge as a child and I learnt so much. I became quite disciplined and focused because I didn’t have time to go and play out with my friends. I was kept very busy as a child but I thoroughly loved every bit of it.

What inspired you to become an actor at such a young age?

I was quite a hyperactive child. I started when I was three years old my Mum took me to see a Dance School Teacher that she used to go to when she was little. I happily joined in the class that was taking place and jumped at the chance to go back the following week. At the age of 12 I heard about the audition for Emmerdale. The producers wanted a northern girl with brown hair, aged 12 and could speak with a London accent. There was about 20 girls suitable and I was the lucky one. It could have been any one of us. I was in the right place at the right time.

After many years you left Emmerdale and then you returned, was it your decision to leave and come back or was it the soap’s?

Definitely my decision. I was 23 and I had just graduated with a performing arts diploma and I had a real passion for theatre which ran alongside my work on Emmerdale. I wanted to pursue a dream of mine which was to do Musical Theatre after I graduated so I did another year on Emmerdale and I started auditioning. I landed the role of Penny Pinkerton in Hairspray in the West End and it was there I made my West End debut just three weeks after leaving Emmerdale.

It was the right decision to make, I have been lucky enough to have had five years of work in the theatre since. I have been completely exploring another genre because working in live theatre is so different to being on camera. I thought it would be good for me and I have loved it.

So when you were asked to return did you realise how dramatic the storyline would be?

No, not at all! I was just finishing in Chicago and I was asked to go back to Emmerdale the following month so it was timed really nicely. Our producer Kate Oates told me the story from beginning to end and when she told me that the story would result in Donna dying I remember thinking that it sounded so definite!

Having been there since the age of 12 and then ending the character on such a high seemed the right thing to do. It really drew a line under my character and gave Donna a proper send off . The storyline was so enticing combining the ‘Breaking Bad’ aspect, the love story, having a little girl and having lung cancer. For an actress it was really juicy to play, it was a no-brainer to go back really.

Your character had cancer. Would you have liked to have gone down the long and drawn out ‘final farewells’ route or were you quite happy to go out with a bang.

Oh no. The cancer story is done so many times in soap operas. As much as it is a serious issue and needs to be addressed, I don’t know if it is always entertaining viewing for people who are sat at home after a hard day at work or for those who are actually going through an horrific time with cancer.

Cancer is a difficult subject and as actors we try to tackle it as respectfully as we can and keep things as real as possible so it is not pleasant to watch. I preferred that Donna’s storyline was heightened drama and action packed she didn’t tragically deteriorate in a hospice. I much preferred being an action hero!

You’re performance was certainly recognised as you have won an award for the best scene in a soap! Congratulations!

Yes I came away with a British Soap Award which really put a cherry on top of my time at Emmerdale. I am starting a new chapter of my life and closing the door on Emmerdale which has been a huge part of my life was hard. I was thrilled to come away with an British Soap Award award! I didn’t think I would win it because I was only back in the soap for six months and nearly a year later it was recognised! I really wasn’t expecting it – I am chuffed to bits!

Having done plenty of Musical Theatre you are now touring with something completely different ‘And Then There Were None’. Are you enjoying it?

Yes, it is something completely new. It is a period drama set in the 1930s which I haven’t done before. The script is lovely, I think it is one of Agatha Christie’s best books and I am really enjoying the lovely costumes.

Without giving away any spoilers what can you tell us about the production?

What I can tell you is that it is not like your average Agatha Christie. Normally there is one murderer and the evening revolves around guessing who that murderer is. With And Then There Were None the clue is in the title, there are 10 people who arrive arrive and 10 deaths. It is a lot darker and a lot more twisted. Christie explores the people’s concience and why people do what they do.

We actually refer to the play as a WHYdunnit rather than a whodunnit because we delve into people psyche. Christie is also very clever at breaking the suspense, it is a black comedy as well, there are quite a few laughs as well as suspense.

It runs at a faster pace than her usual pieces. I am biased but I think this is her best one.

Is there much deviation from the novel?

A little bit but not a lot. Over the years particularly post-war there have been lots of different endings because society deemed the book to be too depressing so it was given happier endings.

We have reverted back to the original ending of the book. What is nice is that the book was adapted into a play by Agatha Christie herself including all the marvellous stage directions.

And Then There Were None has such a high calibre of cast! What is it like working with them?

Oh I know, they are brilliant! It is as though I have been thrown into the deep end. I am learning from them every day which is brilliant. I feel as though they have adopted me!

Had you worked with Fraser Hines previously on Emmerdale?

No I hadn’t! Our paths didn’t cross. This was the first time we had met.

Are there just the ten of you in the cast?

There are actually 11, we have an extra character who delivers the essential supplies to to the island each morning so we do have 11 cast members who are all fabulous.

As it is a very long tour. What happens if someone is ill, do you have understudies?

Yes we have understudies lots of people cover their own role plus one or two other roles. We also  have a lovely assistant stage manager who is also my understudy.

I hear the tour is going very well, it is a long tour, what is it like living out of a suitcase?

Oh I am used to it by now. I see my husband every Sunday and we always make a Sunday’s a special day. It keeps the relationship nice and fresh 🙂

The tour is going very well. We have been packed out every night. Agatha Christie sold 100 million copies of the book so already it had a very large following. Fortunately we have been really lucky with all our audiences and have had full houses, everyone seems to love it!

Produced by Bill Kenwright, And Then There Were None celebrates the 10th anniversary of The Agatha Christie Theatre Company and is playing at the following theatres in the South East – Book Now!