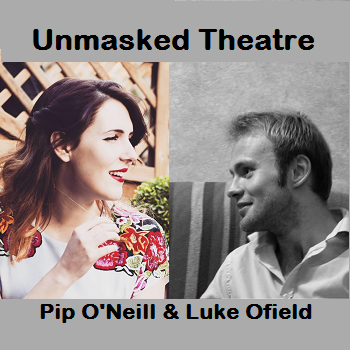 Unmasked Theatre is a new theatre company based in Crawley. On the 16th August they will be performing Anthony and Cleopatra at the Hawth Studio. Sammi O’Neill chatted to writers / directors Luke Ofield and Pip O’Neill about the company and the production. 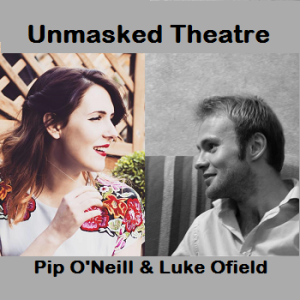 SON – Can you tell me a little about Unmasked Theatre’s production of Antony and Cleopatra?

LO – We shall be presenting the classic Shakespearian tragedy in a 1930s Cabaret Club setting complete with live singing and dancing. We have entwined the politics around the dichotomy of the glamour and the seediness of the era.

Marc Anthony is a politician trying to claim the position of Prime Minister, he is trying to balance his political duties with his love of going to the cabaret club and his love of the beautiful Cleopatra.

Julius Caesar is an effective and slick, more right wing politician who Anthony has formed an uneasy coalition with. We also have other characters such as Pompey appearing as well.

Unmasked Theatre is a relatively new company. Can you tell me a little about how it began?

PON – Unmasked Theatre is 8 months old now. Luke and I were together at University in Kent, and enjoyed working together. When we left the University we decided to create Unmasked Theatre. We write and adapt all the plays ourselves from the original texts, and it is great fun.

Our first production was called Trojan Woman which took place in June, which was received very well.

We held auditions for this production Antony and Cleopatra at the Hawth three weeks ago, and have been busy ever since. There are 12 people in this cast. We are working with as many different young people as we can to try and build a more regular ensemble.

The Hawth are extremely supportive; they have been wonderful in helping us to expand at a time when it is quite hard to start a theatre company.

Do you think that there is a need for a new drama group such as Unmasked Theatre in Crawley?

LO – Our aim is to take classical texts which are sometimes perceived to be somewhat stagnant and looking to revive them in innovative new ways to change people’s preconceptions about them. There is always a market for that because people have maybe heard about or studied these texts at school.

We are looking to breathe new life into these wonderful texts which do get a bit of a bad reputation. We also want to make them more relevant for a modern audience. We both studied classics and literature at University we often have conversations with people who tell us that they don’t understand, or they are not interested in these works which is such a shame because they are still so relevant in modern society.

Presumably you hope that a lot of students will come and see you.

LO – That’s one of our hopes! We are a young ensemble aged between 16 and 30. We hope that having a young ensemble will then inspire a younger audience. When we both grew up in Crawley, Pip and I were very lucky to have some wonderful theatrical services like the West Sussex County Youth Theatre which were very open to young people. Now, after the recession it is tragic to find that a lot of these services are either not there at all or they are too expensive for young people.

You are both from Crawley so will you stay based in Crawley or do you hope to take the productions on tour?

LO – When we performed our first show ‘The Trojan Women’ at the Hawth we were the first piece of Greek Tragedy Theatre to come to be performed there in four or five years and we soon realised that there wasn’t a lot of Shakespeare presented there either, so it is a great opportunity to perform in Crawley and we hope to do so on a regular basis.

We did take Trojan Women on a short tour, we had one night in London, four nights in Kent and one night in Haywards Heath as well.

We are actually taking Antony and Cleopatra to the Camden Fringe Festival immediately after the performance at the Hawth where it will be performed ‘Upstairs at the Gatehouse’ from the 17th -20th August.

What’s next for Unmasked Theatre?

LO – We are looking to expand Unmasked Theatre especially around the South East. We have started to put together an adaptation of Alice in Wonderland to go to the Brighton Fringe next year setting Alice as a modern teenager and going into a Victorian Wonderland setting.

PON – We are also taking a production at the beginning of next year to the Etcetera Festival (also in London) so we are really trying to expand throughout the region but also hoping to take things as far and wide as possible.