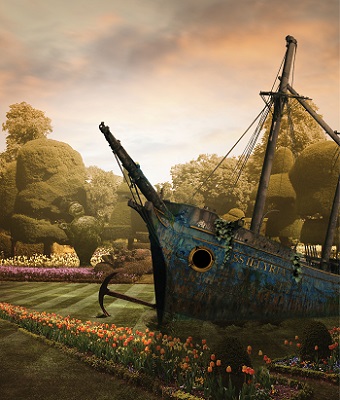 in the gardens of St Paul’s Church, Covent Garden

Acclaimed Iris Theatre returns for a seventh year of its celebrated summer season in the gardens of St Paul’s Church, Covent Garden with a promemade version of William Shakespeare’s Twelfth Night.

In the fantastical Kingdom of Illyria, the peace of a grieving Countess and a heartsick Duke is disturbed by a pair of shipwrecked lovers, a lazy drunk, a vain pedant, a cowardly fool and a cunning maid. Tricks and subterfuge lead to unforeseen consequences; but then ‘the course of true love never did run smooth’, in this, the most loved of Shakespeare’s comic plays.

Iris Theatre’s next classical play follows a long line of successful summer productions including Off West Award-nominated Richard III in 2014 and Julius Caesar in 2013.

Director Vik Sivalingam is currently Resident Director on Made in Dagenham- the Musical at the Adelphi Theatre in the West End. Vik has worked in theatres all over the UK including the Almeida, the Old Vic, the Royal Court, Tricycle Theatre, Southwark Playhouse, Sheffield Crucible, the New Wolsey Theatre and Headlong Theatre. From 2008- 2011, he was Resident Assistant Director at the Royal Shakespeare Company.

Twelfth Night will be followed by a new version of Pinocchio from Wednesday 29 July – Saturday August 29.

Tickets are also available in person on the door