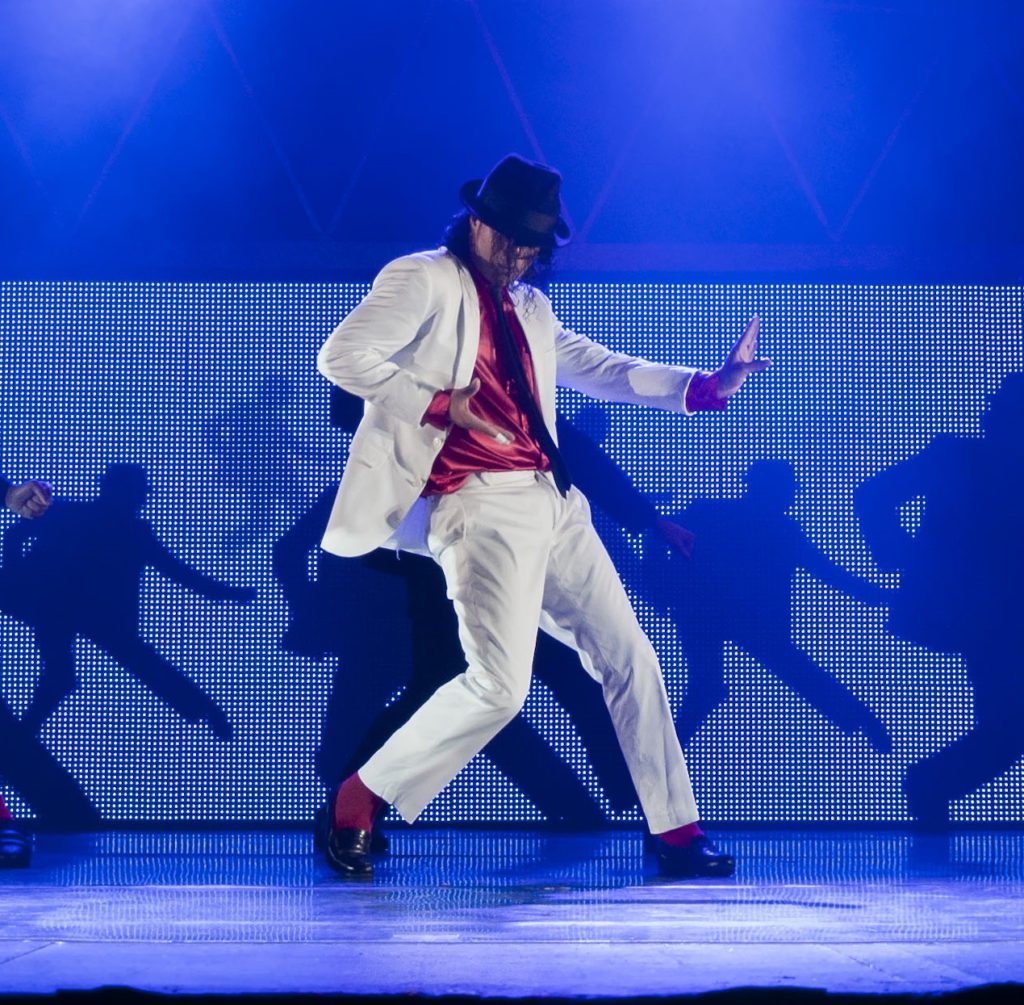 Thriller Live! is being performed at The Hawth Crawley until Saturday 28th October.

‘I want to see everyone up on their feet!’

The words are barely out of singer Britt Quentin’s mouth before the audience have leapt from their seats, myself no exception. It seems we really just can’t control our feet when we hear the sensational music of Michael Jackson and on this note, Thriller Live doesn’t stop delivering.

Playing at the Hawth Theatre, Crawley, until the 28th October, this show packs a punch from the word go, with live music and vocals, authentic choreography and some risky but excellently managed LED staircases. As the cast belt, groove and moonwalk their way through this talented man’s repertoire, there really is a taste of everything Jackson, from ABC to the Zombie-filled Thriller, perfectly timed for the build up to Halloween. Although if you’re planning to bring young ones, probably best to follow the theatre’s advice of ‘suitable for older children’ – Dirty Diana in particular is a little racy in its choreography, and the meaningful rendition of Earth Song is lost on little heads in flashing merchandise hats. Still, once you’re up and busting out some moves to Blame It On The Boogie, you may not even notice.

The evening’s entertainment is supported by Andy Jeffcoat and the Thriller Live band, who surely deserve a drink by the end since the music barely stops in the two hours of stage time. The occasional chats documenting Michael Jackson’s discography are a little too cosy, but the overall pacing is sharp and fast-moving, so much so that we barely have time to applaud between one number and the next. Stand-out moments include a solo rendition of She’s Out of My Life from Rory Taylor, along with every flawless note delivered by Adriana Louise. Sadly, Ina van Woersem’s husky vocals aren’t used enough (only one performance per act! I hope she brought a book…) but you may be distracted from this by the fleeting appearances of Eddy Lima, whose supreme dance skills capture the true memory of MJ’s style.

Judging by the packed-out audience on opening night, Thriller Live has been a long-awaited spectacle in the diaries of West Sussex, and it certainly doesn’t disappoint as a night out. Just make sure you’re wearing your dancing shoes!