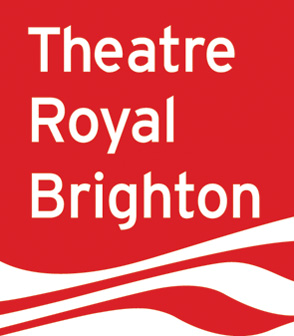 After selling out his 2018 smash hit U OK HUN? X and two consecutive Edinburgh Fringe runs in advance, Failing Upwards is set to be the hot ticket of the year.

Do you ever wonder how people manage to be normal? Iain does. So much so he’s written a brand new stand-up show about it. Join the ‘star of comedy’ (The i) as he explores his inability to function in the most basic of public settings, social media’s constant pressure to ‘live your best life’ and that one time a man stole his shoes.

Jason Donovan is thrilled to be embarking on a mammoth 52 date tour, which marks the 30th  anniversary of his hugely successful debut album Ten Good Reasons. His Even More Good Reasons tour will see Jason singing his greatest pop hits along with his favourite songs from his career in musicals, all accompanied by a full live band.

Songs will include the chart toppers Too Many Broken Hearts, Especially For You and Any Dream Will Do and for the first time ever, Jason will be performing a selection of songs from the musicals he has starred in. These will include songs from Joseph And The Amazing Technicolour Dreamcoat, The Rocky Horror Show and Priscilla Queen of the Desert.

After experimenting with a Zoom gig where he got muted by 639 people and a drive-in gig where Omid witnessed an audience member get out of his car, attach a hose pipe to his exhaust and feed it through the window; multi award winning comedian and actor Omid Djalili is now where he belongs, on a stage and bringing The Good Times Tour.

His credits range from Hollywood films to television and the West End stage. Earning praise across the world for his performances, Omid is seen hosting his own ITV quiz show The Winning Combination. He appeared in the smash hit Mamma Mia 2: Here We Go Again, His Dark Materials for BBC1 & HBO, and Letter For The King on Netflix. Omid also gained rave reviews for his leading role of Tevye in the Chichester Festival Theatre production of Fiddler On The Roof.

Celebrating the music of the legendary West Coast Country Rock band, The Illegal Eagles return in 2021 for another outstanding show promising more of their trademark musical prowess, acute attention to detail and incredible showmanship.

This critically acclaimed show features the very best from the Eagles’ catalogue of classics including Hotel California, Desperado, Take It Easy, New Kid In Town, Life In The Fast Lane and many more.

Following his five star Olivier-nominated hit My Family: Not The Sitcom and the return to number 1 of his seminal football anthem Three Lions, David Baddiel comes back to the stage with a brand new one man show, Trolls: Not The Dolls.

Trolls – the terrible people who spend all day insulting and abusing strangers for no other reason than to fill the huge gaps in their souls. There is a common wisdom about how to deal with trolls: don’t, for goodness sake, encourage these people by replying to them.

Few shows have reached the dizzy heights of Fastlove, now touring in 18 countries, selling over 250,000 tickets worldwide. Join us for one very special night as we celebrate the late great George Michael.

This show has it all, the power, emotion, and star quality in this stunning production with full video and light show, as we try and respectfully recreate the soundtrack to your life.

Playing all the hits, from Wham right through his glittering career, including Wake Me Up, Too Funky, Father Figure, Freedom 90, Faith, Knew You Were Waiting, Careless Whisper and many more.

This is a tribute show and is in no way affiliated with any original artists/estates/management companies or similar shows. Promoter reserves the right to alter the programme.

Let Me Entertain You Sun 10 Oct

Be captivated by the world of our greatest pop star Robbie Williams in this full stage production, celebrating the music of our UK born icon with huge stage sets, a host of talented musicians, state of the art video and that hint of Robbie magic.

Playing the part of Robbie Williams, JK has been recognised as the greatest tribute to Robbie Williams throughout the world and has toured 22 countries playing to audiences of more than 3 million in 18 years and has appeared on over 30 TV shows throughout the world including ITV, BBC and MTV. His look, voice and charisma are what you would expect from a world class show.

Following a sell out 2018 tour, and fresh from a 2019 Edinburgh Fringe run that sold out in advance, Phil ‘Philly Philly Wang Wang’ Wang is back on tour with his newest show.

Phil has made a name for himself (that name being Phil Wang) exploring sex, romance, politics, and his mixed British-Malaysian heritage with shows that delight in his unique Wang brand of smart and silly. This one is about morality and the modern sense of self. Swell!

This year, award winning Clive John pays homage to the Man in Black, with a brand new updated show featuring the legendary ‘June Carter’ (Meghan Thomas), the Roadshow Horns, and (on selected shows) the ‘Carter Sisters’.

Along with favourites such as Walk the Line, Ring of Fire, Get Rhythm, Orange Blossom Special and A Boy Named Sue, the show digs deeper into the Cash catalogue to bring you songs from his acclaimed ‘American Recordings’ (The Man Comes Around, Hurt) and other rarities and surprises.

We invite audiences to experience a rare opportunity with one of the world’s most celebrated and fascinating actors of our time.

Join us in conversation with the man, the actor and his many roles in an unmistakably unique event. A retrospective look at David’s career will have you witness some of his most beloved performances in a new and intimate light.

For over 25 years he captivated millions worldwide as Agatha Christie’s elegant Belgian detective. Beyond Poirot, this Emmy award winning actor has been celebrated for his portrayal of iconic roles such as Lady Bracknell, Cardinal Benelli and Freud. David has also graced the world’s stages bringing literary greats to life, including Shakespeare, Wilde and Albee.

The Magic of Beatles Fri 22 Oct

Come together right now and join us for a night like no other as we celebrate the music of one of the greatest bands of our lives! The sensational cast not only look and sound like John, Paul, George, and Ringo, they also generate the same incredible excitement and unique sense of humour too.

Bringing you all the hits you know and love including She Loves You, A Hard Day’s Night, Help, I Feel Fine, Sgt. Pepper’s Lonely Hearts Club Band, Hey Jude, Here Comes the Sun, Get Back and so many more.

This is a tribute show and is no way affiliated with any original artists/estates/management companies or similar shows. Promoter reserves the right to alter the programme.

The ELO Experience are the world’s foremost tribute to The Electric Light Orchestra. With a sensational string section, a stunning light show and large screen projection to further enhance the experience, why not come along and enjoy this incredible show which accurately reproduces the songs and sounds and takes you on a magical musical journey through time.

Islands in The Stream Sun 24 Oct

Leave your ‘9 to 5’ worries at the door and get ready for a night in the company of Country Music Royalty! This thigh slapping stage show brings together the beloved glamour and personality of Dolly, along with Kenny’s charisma and energy with hit after hit including: Jolene, Ruby, 9 to 5, Lucille, Here You Come Again, The Gambler, I Will Always Love You, Coward of the Country, plus the smash hit Islands in the Stream.