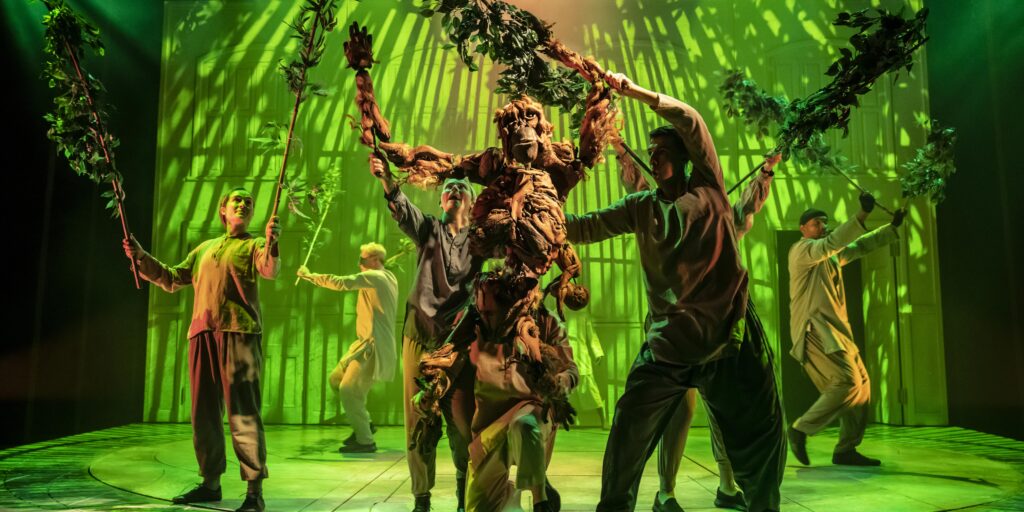 Based on one of the best-loved works of fiction – winner of the Man Booker Prize, selling over fifteen million copies worldwide – Life of Pi is a breath-taking new theatrical adaptation of an epic journey of endurance and hope.

After a cargo ship sinks in the middle of the vast Pacific Ocean, there are five survivors stranded on a single lifeboat – a hyena, a zebra, an orangutan, a sixteen year-old boy and a 450-pound Royal Bengal tiger. Time is against them, nature is harsh, who will survive?

The highly anticipated West End premiere of Life of Pi, Lolita Chakrabarti’s dazzling stage adaptation of Yann Martel’s award-winning book has roared into the West End.  Performances have begun at the Wyndham’s Theatre in London.

For the first time ever, the historic Wyndham’s Theatre has been transformed to fully accommodate the magnificent elements of the production that left audiences mesmerised when it first opened in Sheffield.

Hiran Abeysekera makes a welcome return to the show in the central role of Pi, alongside Mina Anwar as Ma, Nicholas Khan as Father, Payal Mistry as Rani, Tom Espiner as Father Martin and Commmander Grant-Jones, Raj Ghatak as Mamaji and Pandit-Ji, Syreeta Kumar as Mrs Biology Kumar and ZaidaKhan, David K.S. Tse as Mr Okamoto, Kirsten Foster as Lulu Chen, Habib Nasib Nader as Cook and Voice of Tiger.