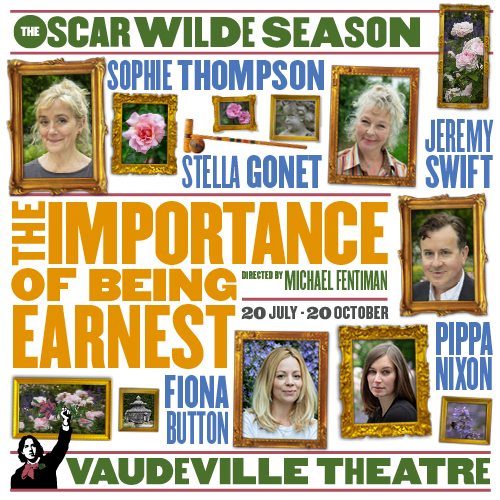 The Importance of Being Earnest
The Vaudeville Theatre,
Booking until 20th October 2018 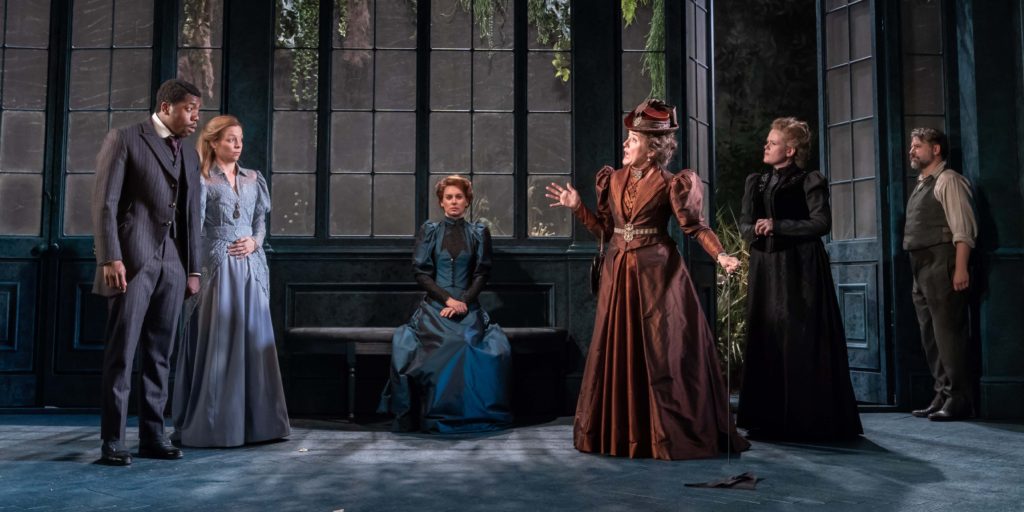 The Importance of being Earnest | Review

The Importance of Being Earnest is perhaps Wilde’s best known and most adapted comedies; performed by everyone from school kids to amateur dramatics groups, Earnest is filled with killer one-liners (hands up if you’ve heard “a handbag?!” but never quite known where it’s from), so it’s quite something when what can sometimes be considered a little bit stale and old hat, feels radically reinvented and taken in a completely different way.

The Importance of Being Earnest is a fast-paced farce, taking on the upper classes at their own game, and tells the exploits of Jack Worthing (or is it Earnest?) and his friend Algernon, his lover Gwendolyn, his ward Cecily and one of the most famous stage nemeses of all time: Lady Bracknell. As Jack, Jacob Fortune-Lloyd is a bundle of pent-up aggression, slowly being wound up throughout the play before he explodes, a sharp-tongued, fast speaker who bounds around the stage with an energy I’ve never quite seen before in a Jack, but landing the punch lines deftly. Fehinti Balogun is Algernon, an arrogant foil to Jack who orders cucumber sandwiches for his aunt but eats them all and blames his staff, Algernon is a fun character, and it’s clear that Balogun is having a ball. Pippa Nixon is wonderful as Gwendolyn, the uptight but confident soon to be fiancé of Jack; the minute Nixon walked on stage my eyes were on her, and she commands the presence of the stage, particularly in her micro-interactions between Gwendolyn and Jack at the beginning of the play, as well as holding her own in the most passive-aggressive afternoon tea scene ever to take place on a London stage. Sophie Thompson as the wicked but wonderful Lady Bracknell is a delight, storming the stage with a confidence and a snooty air that perfectly sells the ludicrous lines she has to deliver. The best Lady Bracknell’s are always performed straight and Thompson certainly leant into the commanding role, complete with withering put-downs. I will admit I snorted loudly and uncouthly a number of times, particularly during the famous “a handbag” speech, which garnered applause from the audience (though my personal favourite put down has to be ‘until yesterday I had no idea that there were any families or persons whose origin was a terminus’). But the star of the show has to be Fiona Button, as the demanding Cecily, who brought the whole show a new energy. Arrogant, confident and so, so fun, Button couldn’t help but make you smile and snort in equal measures as she explained to a bewildered Algernon (as Earnest) that they had been engaged to be married for a month now, despite not meeting, and despite Cecily also breaking off the engagement just a week ago (also without ever meeting). There is a real…madness to Wilde’s work, but Button’s earnest performance sold every line. Special mentions also to Stella Gonnet and Jeremy Swift as Miss Prism and Rev. Chausable, who manage to make two of the dullest characters in the play, bright, engaging and very, very funny.

There is something very…anarchic about Michael Fentiman’s version of Earnest, actors careen around the stage, food is shoved into waiting mouths every few seconds, kisses miss by mere centimetres, and there is a real sense of naughtiness to the whole thing. Which is not to say it’s a flawless piece – there are real pacing issues in the first act, which ends abruptly, and leaves the audience slightly confused as to the fact that they’re having an interval half an hour in. The first act indeed, sometimes struggles to land all the humorous lines, and there is a real lack of energy in the first twenty minutes. Not so in the second act, which is a million times better (I’d say with the arrival of Button, but that’s just me), and truly hits its stride. It’s hard not to laugh at the passive aggressive comments between Cecily and Gwendolyn when they both think they’re marrying the same man and the equally aggressive exchange between Algernon and Jack which ends with them stuffing muffins into each other’s mouths. What I didn’t expect was the change of tone in the last ten minutes to the piece, when the pieces fall into place with the arrival of Miss Prism and Lady Bracknell. It’s something I’ve never seen done before, having Lady Bracknell show genuine emotion and concern, but in this adaptation it did seem to work. Which is not to say that this is a hard-hitting family drama, no there’s still the jokes, and still the withering put-downs, but somehow adding that bit of emotion at the end helped to land the frankly bonkers conclusion that we’ve all come to know and love.

I’m not saying that the purists will love it, and I’m not saying it’s perfect, but there’s much to like in this version of Earnest, which feels bracing and bold – and it may even revitalise your admiration for Wilde, I know it did for me.

The Importance of Being Earnest is currently playing at The Vaudeville Theatre until 20th October. To find out more or to book tickets visit: https://theatresoutheast.entstix.com/tickets/the-importance-of-being-earnest

The Importance of Being Earnest – The Vaudeville Theatre