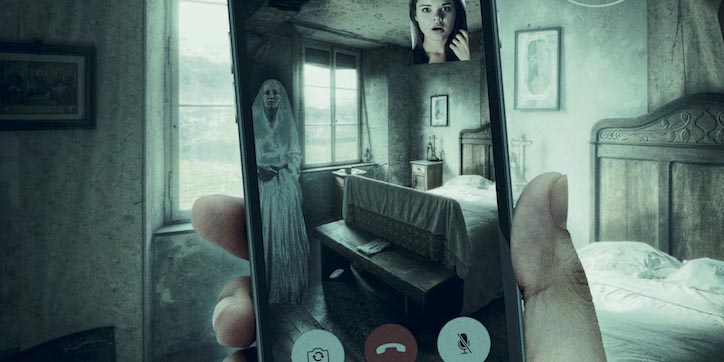 The House on Cold Hill | Review.

The House on Cold Hill, directed by Ian Talbot, brings to life Peter James’ experience of buying a Sussex house with a history of hauntings. The Brighton author brings his story home to the Theatre Royal this week.

The story of Ollie and Caro Harcourt draws parallels to James’s own life as they buy a house what they hope to be forever home, however as early as moving-in day, the family hear of and begin to experience sightings of ‘the grey lady’. As the family begin to question their beliefs around the supernatural they soon discover the dark secrets of the house on Cold Hill.

While the story took a while to take off, by the end of the first half the cast had paved the way for events to unfold and relationships to develop. The relatable family dynamic, the ‘eccentric’ village neighbours and the well-meaning handy-men meant that audience members young and old could enjoy the production and relate to the characters played by the small cast.

The cast originally looks like the national television awards as soap stars Rita Simons and Charlie Clements (both from EastEnders fame) unite with Joe McFadden (Casualty, Strictly and Holby City) to give the strongest performances of the show.  The show, however, is not without its comedic moments, provided mostly by Tricia Deighton and Padraig Lynch, who play ‘mad old hippie’ Annie and the Reverend Fortinbras respectively. Young Persephone Swales-Dawson portrays teenage daughter Jade and shows great potential as a young actress.

The cyclical nature of the play is reflected well in the stationary set, designed by Michael Holt. The entire play is set in the heart of the house, the same design being used as the Harcourt house and also that of earlier residents. The simplicity of design along with the use of minimal props draws focus toward the changing relationships and rising tensions between cast members. An added mention also goes to Martin Hodgson for his genius use of sound throughout the play and incorporating of modern technology.

For those of you who enjoy a thriller of a play, this story is full of suspense and mystery. Not dissimilar in terms of plot to Susan Hill’s Woman in Black, The House on Cold Hill will be sure to hold your attention and make you look twice in the dark!

The House on Cold Hill plays at the Theatre Royal Brighton from Monday 4th to Saturday 9th March 2019.