The Hawth is delighted to unveil a brand new Winter season to delight and entertain all ages in the coming months. Of course there is the annual spectacular pantomime plus two show-stopping West End musicals, theatre, music, family shows for all ages plus films and live screenings of performances from the Royal Shakespeare Company, National Theatre and Royal Opera House in The Hawth’s Curzon Cinema.

Tickets for The Bodyguard (Nov 24 – Dec 5), starring Alexandra Burke have been selling fast. With VIP tickets also available offering extra special treatment during your visit, including a glass of Champagne and a table reservation in the bar, this will be a night out not to forget. As well as this relative newcomer to the musical scene, we’re also delighted to have Blood Brothers back, (Oct 12-17) this time starring Marti Pellow as the Narrator and Maureen Nolan as Mrs Johnstone. 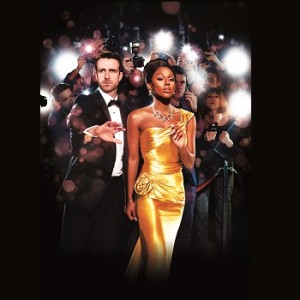 There is music galore in the new season with the sounds of Frankie Valli and the Four Seasons in Lets Hang On (Oct 2) and Bay City Rollers starring Les McKeown (Oct 19) will have the tartan scarves of hundreds of women fluttering all over again. If the 1970s wasn’t your era then perhaps ‘80s classics Go West and Nik Kershaw (Oct 23) are more to your taste or the swinging Big Band sound (Oct 21) of the Syd Lawrence Orchestra? You can also look forward to the return of The A-Z of Musicals (Sept 20) with a brand new show, Crawley Blues Festival’s (Oct 23 & 24) 10th Anniversary performance and Britain’s Got Talent’s first winner Paul Potts (Nov 3) will be wowing audiences with his powerful performance.

Henning Wehn is back by popular demand (Oct 4) with Eins, Zwei, DIY and he’s taking to the main stage in the Theatre having sold out the Studio on his previous visits. The comedy doesn’t stop there though; Milton Jones (Oct 9), Dave Gorman (Nov 11) and Ed Byrne (Jan 29) will also all be bringing on the laughter for the winter. 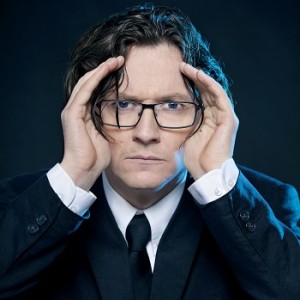 Theatre fans will love seeing Oscar Wilde’s classic novel brought to life in A Picture of Dorian Gray (Oct 13) and One Man Madame Butterfly (Oct 18) tells the story of Madame Butterfly’s son 30 years after the end of the iconic opera. Acting veteran and TV star Jeffrey Holland tells the funny and often poignant tales of the Friendship between Stan and Oliver in …And This is My Friend Mr Laurel (Oct 22).

Those who love dance will be enthralled by Joss Arnott Dance’s (Nov 2) triple-bill in collaboration with GRAMMY Award-winning Dame Evelyn Glennie and Giselle (Jan 18) and The Nutcracker (Jan 19) from St Petersburg Ballet will delight fans of classical dance.

There’s plenty of fun to be had for the family at this time of year as Basil Brush takes to the stage (Oct 4), Anthony Horowitz’s hilarious film noir pastiche The Falcon’s Malteser (Oct 6) is ‘…an absolute treat for old and young…’ (What’s On Stage) and The Falcon’s Malteser(Jan 27 & 28) is sure to delight pre-schools with plenty of oinks and muddy puddles. 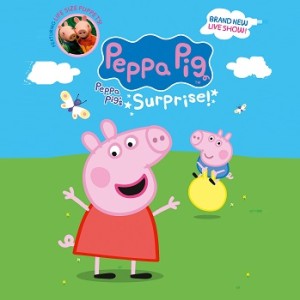 The festive season just wouldn’t be the same without a pantomime and this year’s is a GIANT of a show. Starring EastEnders’ Steve McFadden and Rebecca Keatley from CBeebies it’s Fe-Fi-Fo Fun and selling fast, so book your tickets for Jack and the Beanstalk (Dec 11 – Jan 3) now. For younger children the pantomime producers have created Dear Santa in The Studio (Dec 18 & 19). With all the ingredients of Rod Campbell’s simple and charming style brought to life on stage with music, laughter and plenty of audience participation – plus a chance to meet Santa after the show!

Keep up to date with the latest news, events and films showing in the Curzon Cinema at www.hawth.co.uk and on Facebook and Twitter –