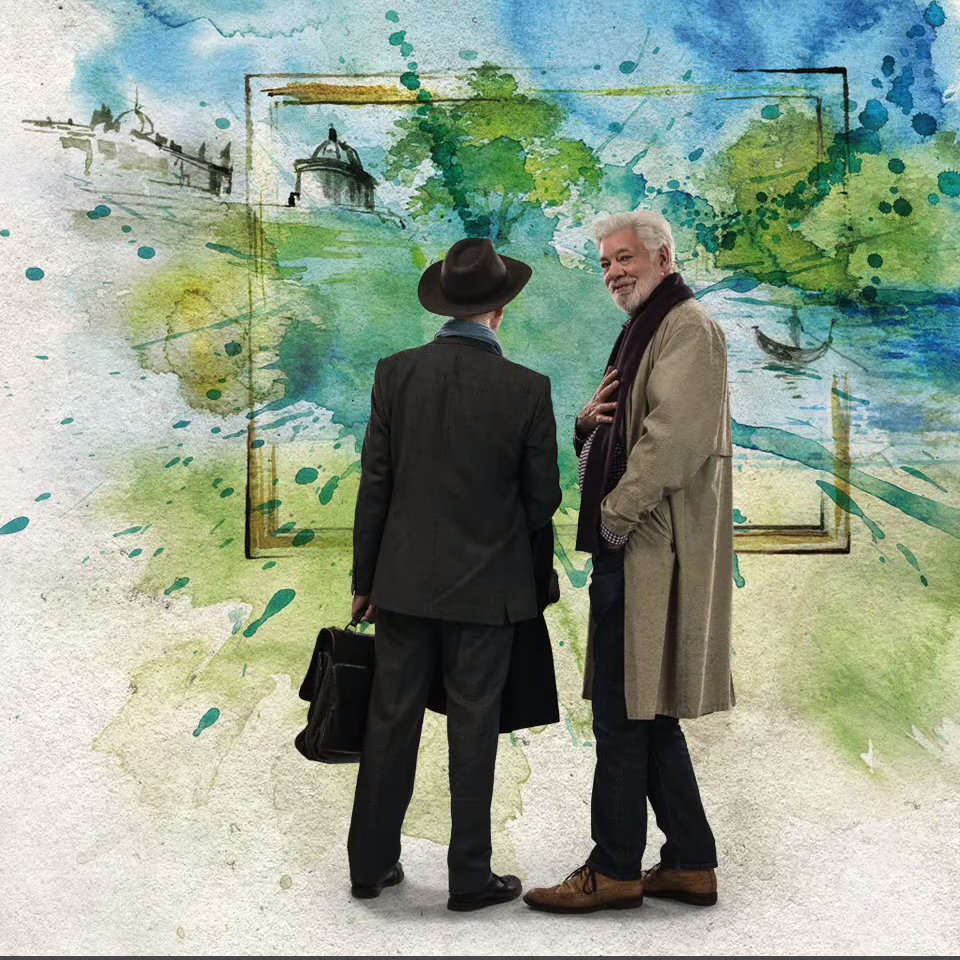 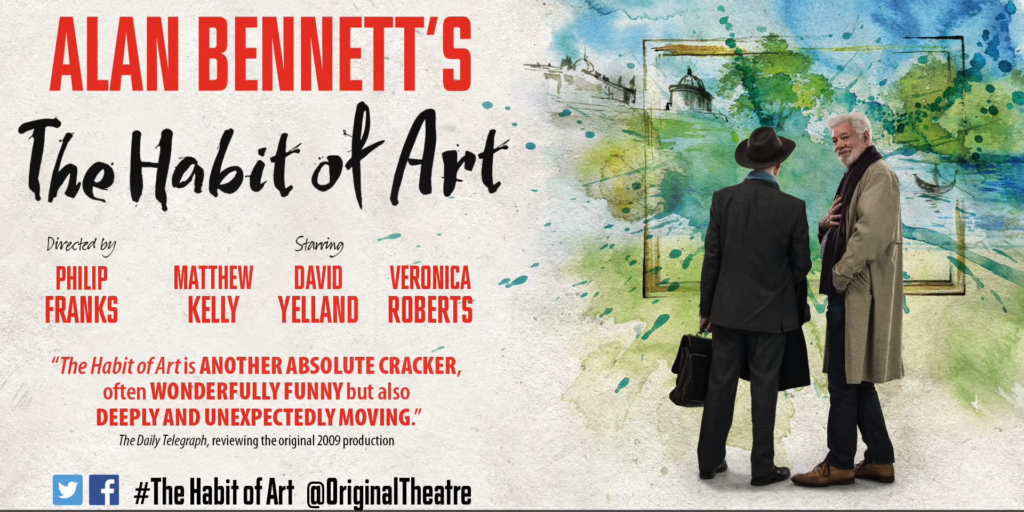 The Habit of Art | Tour | Review

Alan Bennett’s The Habit of Art is set in a cluttered rehearsal room of a church hall where the audience are quickly introduced to the characters of the play.

Setting the scene there is almost a roll call describing who is absent and more importantly who is present for the run through, where the director is then played by Kay the Stage manager (Veronica Roberts) who doubles up with George, assistant stage manager (Alexandra Guelff) to support the rehearsing actors. Robert Mountford, plays Neil, the author of the play who interjects throughout the performance having had changes made to the play that he was unaware of.

Described as a play within a play, the main actors of the show rehearse Caliban’s Day unveiling the story of W H Auden, played wonderfully by Fitz (Matthew Kelly), one of England’s renowned poets and a meeting with composer Benjamin Britten (David Yelland) during their later years. The first act focuses on poetic works both written and musical written by the pair and divulges the sexuality of the men and their history, with some laugh out loud moments stimulated by a rent boy (Benjamin Chandler) and a BBC interviewer Donald (John Wark) who goes on to narrate the play under the direction of the stage manager and director.

Sounds confusing for anyone, as I was, unfamiliar with Alan Bennett’s work and there are probably far deeper English Literature explanations and expressions to explore but the creativity of the two men, their relationships with their work, their sexuality, struggles and achievements are wonderfully articulated through the characters and actors on stage.

The interaction between the story and constant direction from rehearsing the play is brilliantly interwoven. The play, directed by Philip Franks makes you think, laugh and educates. Not for anyone who is offended by choice language but acted so well that even those unfamiliar with the original 2009 production can enjoy.

An all-round professional production playing at The Theatre Royal Brighton, Tuesday 11- Saturday 15 September before continuing with a UK wide tour into December 2018.