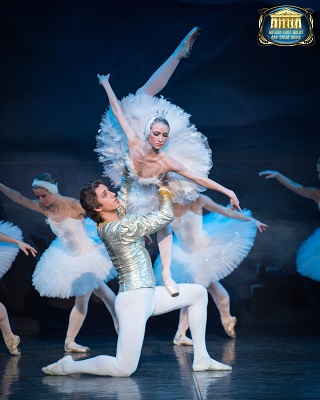 Or – things I learned from the ballet.

I sound like a broken record when I say once again that although I write about productions I have seen I do not like to ‘review’ performances, I visit the theatre more than the average person and I know what I enjoy, but who am I to say what is good and what is bad? Can anyone? I firmly believe that theatre going is a personal experience.

Never was this more true than my trip to The Hawth Crawley last week to see the Moscow City Ballet performing Swan Lake. This was my first visit to a professional ballet. I came out totally bewildered and at a loss what to write. In short, I thoroughly enjoyed the evening. It was beautiful and a pleasure to watch. But was it good? As I know nothing of ballet I cannot say.

My companion for the evening however did know quite a bit about ballet and gave me a few pointers about the production. Now I could blag this write-up and talk about the dancer’s technique and what merited the rousing applause but I would be spouting her opinion not mine. The things I did learn from her after the show was entirely irrelevant to my own personal enjoyment of the performance.

So instead of a review (sorry Moscow City) I though I would write about:

10 things I learned from a night at the ballet. 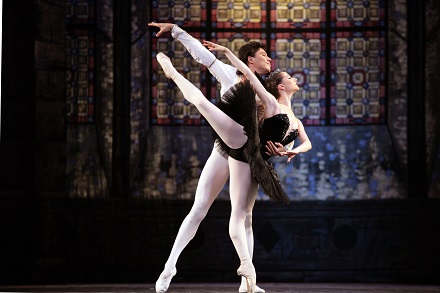 There are two different versions of Swan Lake! There was a revival written by Marius Petipa but luckily for me we saw the original by Pyotr Ilyich Tchaikovsky, I say ‘luckily’ because it meant I knew more of the music. I am positive that most Ballet lovers would consider it sacrilege that the piece I found most exciting was the Swan Lake Suite, recognisable to me as it is used in Billy Elliot – oops.

The story line is hard to decipher – I have to admit that I was extremely glad that I had read the synopsis before the show started. The dancing was simply breathtaking but I don’t think I would have followed the story otherwise. Then again I didn’t know about ballet sign language before (see next point) and maybe that would had made a difference. Next time, I would like to see a ballet of a story that I am more familiar with – Romeo and Juliet for example, to see whether I can follow the story any easier.

Of course we know that a ballet tells a story but I didn’t realise that different movements that the dancers make mean different things, a bit like a ballet-sign-language. For example if a dancer crosses her hands across her body in a low position it means death or if she touches her head twice it means princess, there are lots of ‘signs’, some are fairly self-explanatory and others quite clever, you can read more here.

There is an awful lot of dancing in a ballet – Even I could appreciate the difference between the ‘fun’ dances, the dramatic dances and the dances that tell part of the story. However I must admit (sorry) that at the start of the second act my attention wavered and I started to pay more attention to the costumes, wondering whether it was a real harp I could hear or a keyboard, or (and this is probably worse) thinking that it was shame there wasn’t a bit of tap or jazz thrown in to break the ballet up. My momentary lapse didn’t last for long though, and I did feel rather guilty afterwards. 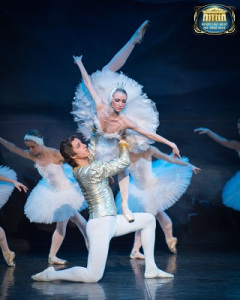 The costumes were worth taking the time to admire though – they are absolutely gorgeous, I wasn’t quite sure which I like best. The netted long skirts (I am sure that they have a name) or the swan like tutus? Half way through the second act in Swan Lake, some of the dancers woo the prince and they wear the most beautiful array of costumes, depicting (I think) different countries. And how, do the white costumes stay so white particularly the men’s tights?…..ah the things that keep me guessing.

It is not just about the dancing – the music is something special.
The Orchestra was something really special, it was a large orchestra and the sound they created was nothing short of spectacular, it sent shivers down my spine. I maybe need to jen up of different pieces of music.

To be a ballerina, you have to be very patient.
The Corps de Ballet were on stage a lot of the time, but a lot of the time they were simply still, watching and waiting. However they were never off guard. They are poised, patient and ever graceful. Still and yet part of the ambience. I wonder what they think about.

Dancers have to be perfect.
I watched an almost flawless performance for 2 hours, I say ‘almost’ because even to my untrained eye I was able to notice when a dancer’s arm wasn’t exactly in the same position as the other twenty or when they turned a fraction of a second later than the others. The Corps de Ballet moved as one and it was glaringly obviously when things were a little out. 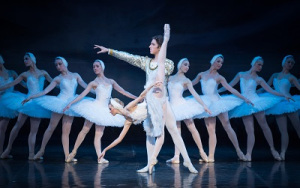 Prima Ballerinas are top rate!
My goodness, I know that the nearest I get to dancing nowadays is to Tainted Love after I have had a few, but I could not fail to notice how Natalia Romanova playing the Swan Queen was probably the most graceful thing I have seen. Playing a swan she did seem almost birdlike and graceful. She was – stick thin (the Mum in me says too thin) but she was strong and supple. I was completely in awe.

A ballet audience is an incredibly polite audience.
Theatre audiences, particularly in the West End have become incredibly casual, people go to the theatre after work or as part of a day in London and at the end of the performance people leave almost before the curtain comes down to miss the rush and catch the quickest train home. I am being generalist I know. But it was extremely refreshing arrive at the theatre and people had made an effort to dress up. And applause? I have never heard so much, there was applause when the conductor came in, applause when the principals came in, applause and bows after every dance. Could you imagine if the cast of Les Miserablés all stopped, bowed and curtseyed after each song?

I learned a lot when I went to Swan Lake, but my education is just beginning. My experience at the ballet was a very different experience to what I was expecting. Quite often when I come out of the theatre I am on quite a high and am buzzing. Swan Lake gave me a completely different experience. I came out enthralled, relaxed and felt that I had experienced something stunningly graceful and breathtakingly beautiful.