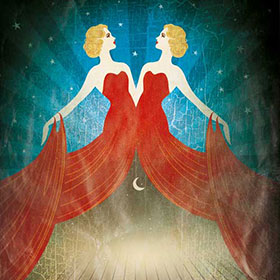 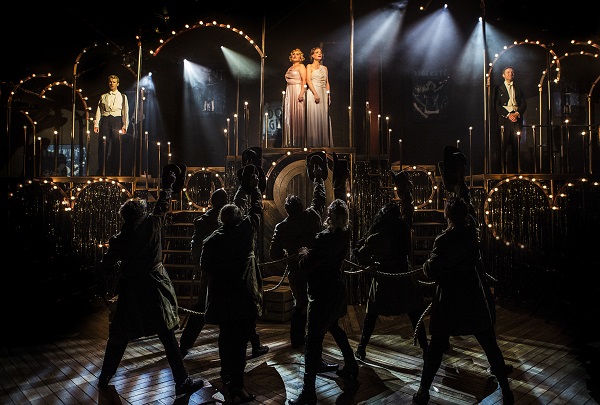 Side Show tells the story of real-life conjoined twins Violet and Daisy Hilton, from growing up in a seedy freak show in Texas to being propelled into the Hollywood spotlight. Along the way they struggle with identity and being seen as two individuals, alongside every day problems such as romance woes and naivety when shown kindness when they least expect it. It makes for an engrossing and, despite the subject matter, a very relatable premise.

Southwark Playhouse can be hit or miss in the productions they put on, but since they make an effort to bring the more obscure shows to London, which I might otherwise never get the chance to enjoy live on stage, I’m always keen to check out any musical production they put on. And Side Show is a prime example of this. I’m a bad musical theatre fan, I know, but beyond the show’s name I didn’t actually know anything about this – nor about the women the musical is based on. 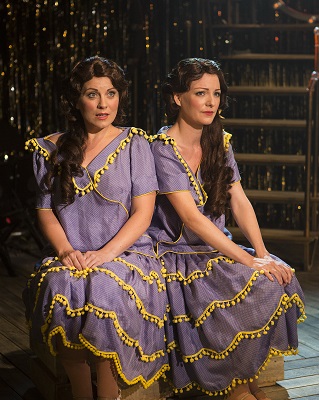 For me the initial draw came in the form of leading ladies Laura Pitt-Pulford (Seven Brides for Seven Brothers, Return of a Soldier) and Louise Dearman (Wicked, Guys and Dolls) as Violet and Daisy, respectively. And rightfully so. Despite sharing all their time on stage together, conjoined by the side they are for their parts, their performances showed their individuality and it was a joy to watch and listen to them. They were supported well by Haydn Oakley as the sometimes-kind, sometimes-sinister Terry (a far cry from his contagiously upbeat performance in The Book of Mormon) and the charismatic Dominic Hodson as the confused Buddy.

And yet, despite the excellent central performances, Side Show was lacking. And seeing it a day after the spectacular Amadeus made this musical adaptation of Violet and Daisy Hilton’s story seem even more mediocre. This is not a criticism on the excellent cast, who really tried their very best, but when the source material is average there is only so much that can be done to spruce it up. And the result simply wasn’t memorable.

The few stand-out moments within the show were those where several members of the company were performing the more elaborately choreographed numbers. Opening Come Look At The Freaks is a great introduction to the cast of characters at the freak show (and gives the audience a chance to admire their excellent costumes) and in similar vain Act 2 opener Stuck With You Part 1 added a spark of old-school musical jazz-hands and glam that was sorely lacking before (and after).

The show was interesting to begin with, but didn’t manage to capture my undivided attention throughout. It wasn’t bad by any means, but despite the excellent company and costume design it lacked the spark that usually makes musical theatre so very exciting to watch. And seeing Side Show from the side (no pun intended) isn’t advisable. The majority of the performances are played to the front and so you do miss a lot of the more emotional moments and connections with the characters when seated on either of the two sides.

Side Show has a fascinating premise, a stellar cast and the occasional musical high note, but ultimately the bland book made this musical feel little more than average.

This review first appeared on Zarina’s own blog ‘From Page to Stage’.

Side Show is playing at the Southwark Playhouse in London until 3 December 2016. You can book your tickets here.