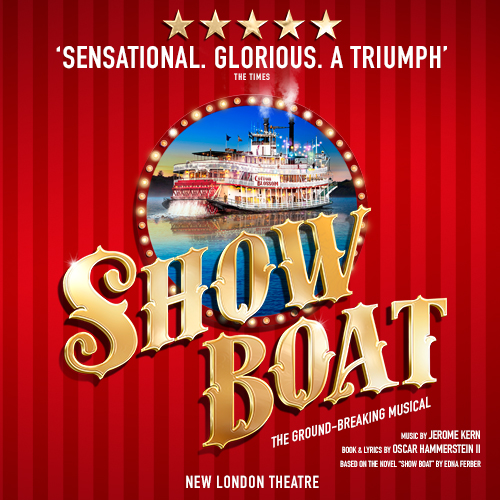 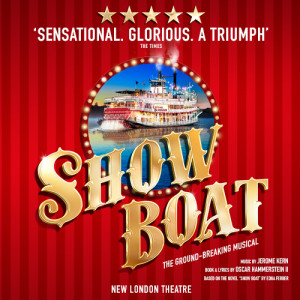 Based on the book of the same name by Edna Ferber, Show Boat is a 1920s musical spanning three generations on the Cotton Blossom, a Mississippi River show boat. Adapted for the stage by Jeremy Kern and Oscar Hammerstein II, it is one of the earliest examples of shows as we know them today rather than the Vaudeville variety that was the more common form of entertainment on Broadway at that time. 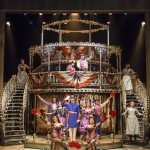 Spanning four decades between the late 19th century and early 20th century, the show revolves around a young woman whose parents own the Show Boat, Magnolia Hawks (a tremendous performance by Gina Beck of Wicked-fame) and love interest Gaylord Ravenal (portrayed by Chris Peluso, who comes fresh off a stint in the West End revival of Miss Saigon). Their connection is perhaps a tad too conveniently instantaneous, but their passion and likeability form the heart of the show. And they’re surrounded by an excellent supporting cast, particular highlights were the tortured character of Miss Julie La Verne (a wonderfully moving performance by Rebecca Trehearn) and Frank Schultz (Danny Collins), whose comic timing was impeccable.

Sailing into the New London Theatre after the closure of National Theatre darling War Horse, Show Boat had big shoes (or should that be hooves?) to fill, but coming straight off a successful run in Sheffield this cast and crew knew what they were doing. While the conclusion of some of the storylines in the source material was perhaps a bit lacking, especially Magnolia and Julie could’ve done with an extra scene or two, it is an otherwise captivating ride from start to finish.

The musical has a stellar list of musical numbers and hugely impressive performances, especially vocally, by the entire cast. Particular highlights of the evening were the whimsical Only Make Believe duet between Magnolia and Gaylord, the heart-rendering Bill, classic tunes Ol’ Man River and Can’t Help Lovin’ That Man, and any moment where the cast made the most of the compact space in the New London Theatre by performing from the aisles, for an all-inclusive, goosebump moment.

The musical is set at the height of racial segregation in the United States and while it makes the story show its age in many ways, the prejudice and even some of the gender inequalities highlight that even nearly a century later the themes ring very true. This is why, despite being charmingly old-fashioned in many ways, Show Boat continuous to feel current. Combined with a superb cast and non-stop entertainment, from impressively choreographed group numbers to variety slapstick, this musical has cross-generational appeal while also being simple, good ol’ fun.

Showboat is playing at the New London Theatre and is currently taking bookings until 7 January 2017. Click here for the Official Show Boat  Website