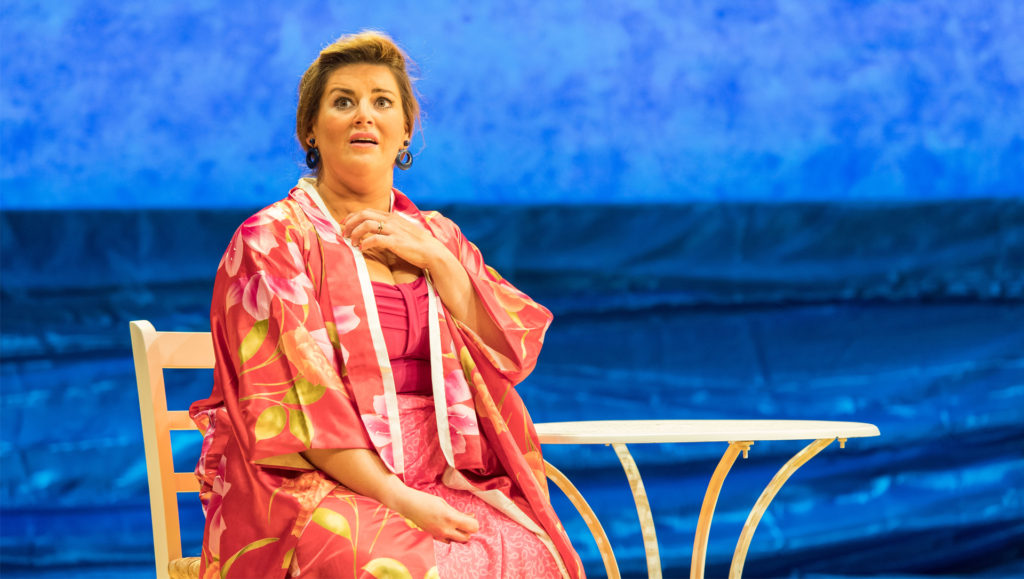 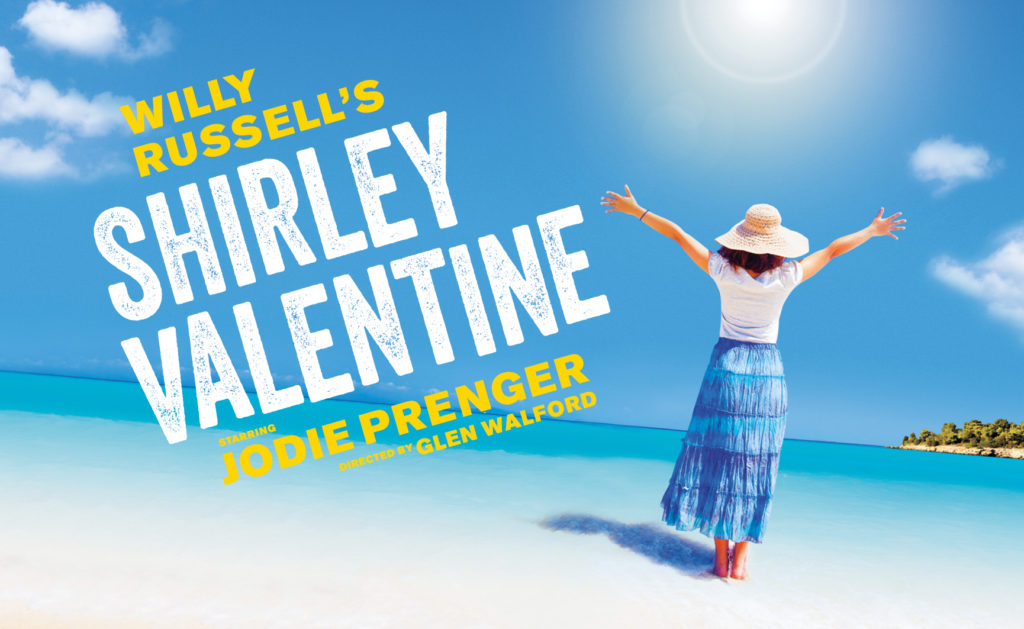 Pauline Collins won an Oscar for her role as the title role in the film adaptation of Willy Russell’s play Shirley Valentine. The now well known Jodie Prenger (winner of BBC’s I’ll do anything, Nancy) deserves a similar accolade. Playing a bored Liverpudlian housewife, Jodie narrates the story of how Shirley, as a married, middle aged woman, whose children have left the nest, struggles with the monotony of the day to day. Interacting only with her kitchen wall as she cooks egg and chips, Shirley reflects on her life so far and the decisions she has made throughout.

When Shirley is invited on a two week holiday to Greece, she contemplates the dream of “drinking wine where the grape was grown” with the sun on her face. But she struggles with her conscious and self belief. Ultimately she decides to follow her dream. In the second act of the play, the kitchen wall is replaced with a rock as she relates the what has happened on her holiday. The things she has seen and the people she has met, particularly ‘her Costas’ breathes new life and new beginnings for her. 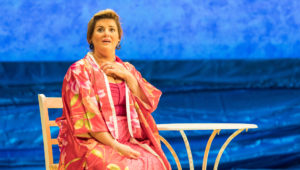 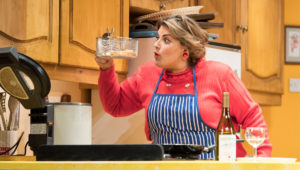 The story is very true to the film and the uses many of the original phrases which brought moment of quiet and then laughter to the stage. The audience cannot help but be caught up in the emotional decisions and reflections Jodie describes throughout.

This is a one-woman show and as a single performer, Jodie allows the audience to imagine the characters Shirley interacts with from the infamous husband, daughter, school friend, to the neighbour and the couple in Greece feeling sorry for a single lady eating alone. Not with standing the original play and film were previous international successes for Willy Russell, the fact that this adaptation had two sets but just one outstanding actor impressed me the most.

Shirley Valentine is playing at The Theatre Royal Brighton until Saturday 22nd July.