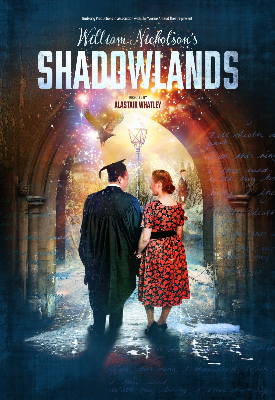 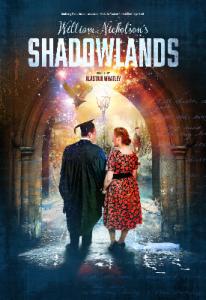 Shadowlands is a candid and beautifully written play by William Nicholson about the ill-fated romance between author C. S. Lewis with American divorcee Joy Gresham. The mature couple found steadfast love late in life, only to have it cruelly snatched away.

Many will know C. S. Lewis as the creator of the Narnia series of children’s books and although he wrote many other works including poetry, fantasy and science fiction, he is now best known as one of the most prolific Christian writers of modern times. 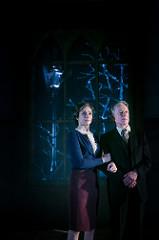 Known to his family, friends and colleagues as ‘Jack’, C S Lewis lived and worked at Oxford University, surrounded by other learned scholars.

His writing attracts the attention of American Joy Gresham herself a published author and poet. After a long correspondence she visits Jack in Oxford where they soon strike up an intellectual bond.

Despite being 17 his junior and upsetting the balance of his well ordered life, the friendship between Jack and Joy deepens to the chagrin of Jack’s colleagues who struggle to cope with Joy’s outspokenness and opinions. Even Jack’s easy going and loyal elder brother Warnie worries about Jack’s reputation particularly when Joy announces she is moving to England.

It is only when Joy is unexpectedly diagnosed with an aggressive form of bone cancer that Jack understands how deeply he has fallen for Joy. During a brief remission they share a few happy months together before she succumbs to the disease.

Stephen Boxer gives a wonderful performance as the highly intellectual academic C S Lewis. He beautifully portrays the anguish and confusion that Lewis feels as he questions his faith in God and asks how a God that supposedly loves us can justify pain and suffering.

Amanda Ryan is excellent as Joy Gresham, the feisty opinionated American thrown into the male dominated environment of bigoted and chauvinistic University Dons. She strikes the perfect balance of someone brimming with confidence and yet is equally able to portray Joy’s vulnerability and stark courage when her character is faced with imminent death. 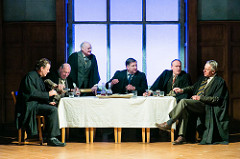 There is a magnificent supporting cast led by Denis Lill who stepped in at the last minute to play Jack’s elder and calm brother Major Warnie Lewis and Shannon Rewcroft who plays Joy’s young son Douglas. Douglas’ character is used to great effect bridging the gap between harsh reality and the fantasy worlds that Lewis wrote about and he provides one of the most touching moments in the play is when he and Jack finally open up and share their common grief.

Director Alastair Whatley follows his success of Birdsong and Flarepath with this well crafted and touching play. Be warned, this isn’t easy to watch, particularly if you have been touched in some way by cancer.

Shadowlands is incredibly moving and intense, yet instead of brimming with sentimentality there is an overwhelming sense of dignity and stiff upper lip. Shadowlands will leave you with a lump in your throat but above all will ultimately affirm your faith in love.