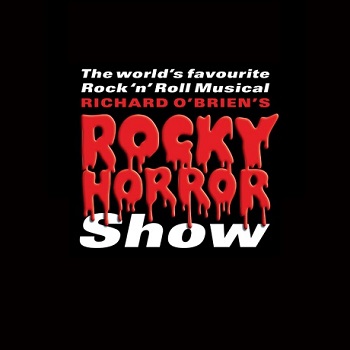 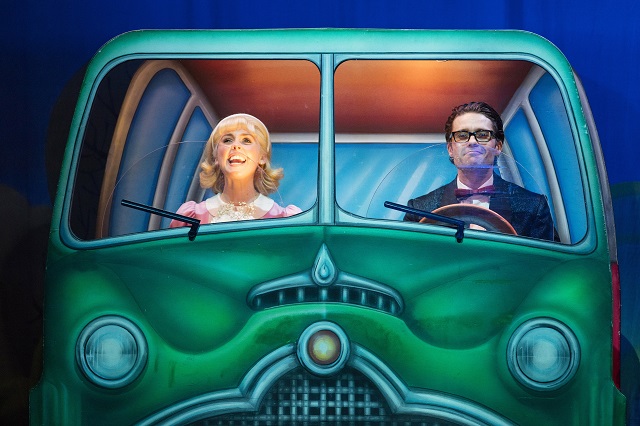 A HUGE regular fan of The Rocky Horror Show back in my student days of the 1980s, I have only seen the Rocky Horror Show a couple of times since, and found it a bit lacklustre and dated, however after attending the opening night of the new tour starting at the Theatre Royal Brighton my faith in this cult 40year old show has been completely and unequivocally restored.

As I was walking down the street towards the Theatre Royal, I knew that we were in for a treat. There were people of all ages dressed up everywhere, burly blokes in basques stockings and suspenders, French Maids, Usherettes not to mention more than a fair amount of flesh on show!

So what is the big deal? Why has this show got such a cult status? The Rocky Horror Show first opened at the 63 seat ‘Theatre Upstairs’ at the Royal Court back in 1973 (God bless Fringe theatre!) and hasn’t looked back since. The 1975 picture show film starring Tim Curry brought the phenomenon to a wider audience but does that really prepare you for a trip to see the show? 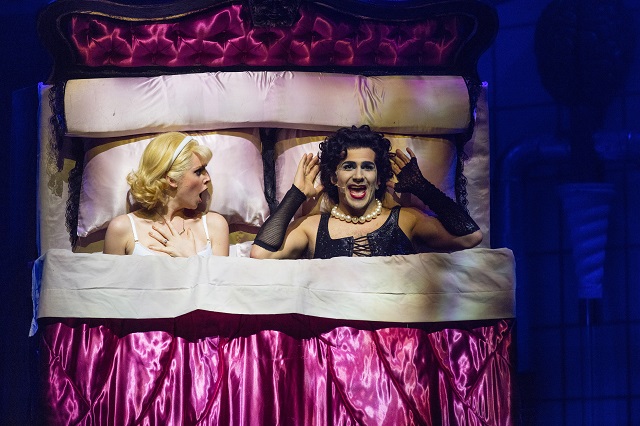 For the Rocky Horror to truly work, it must be a two-way partnership between the cast and the audience. Brighton unsurprisingly had embraced the whole concept and what was a baptism of fire for the new cast absolutely paid off. The Rocky Horror Show thrives on audience ‘partici…..pation’.

After nearly every line of the play there was a well-rehearsed response in the form of props, shout outs and cheers. The cast and the audience combined were on form and created a very special night.

Diana Vickers and Ben Freeman play the squeaky clean, newly engaged couple, Brad and Janet, whose car breaks down whilst travelling to visit their old college professor Dr Everett Scott and they find themselves seeking help at a castle owned by Dr Frank n Furter, a self-proclaimed “sweet transvestite from Transsexual, Transylvania”. Frank N Furter tells them that they have arrived on a very special night, he has discovered the meaning of life itself and that night they would witness the ‘birth’ of Frank’s creation – a perfect man (Rocky). What follows is a whole world of sexual discovery for Brad and Janet as they and the rest of the cast, ‘give themselves over to absolute pleasure’.

After a string of more wholesome and conventional roles in Phantom of the Opera, Les Miserables and Hairspray, Liam Tamne takes the helm of the show as Dr Frank N Furter. Tamne, a Rocky Horror Virgin himself has been well prepared by director Christopher Luscombe and it looks like he is at home and having the time of his life playing the Doctor. He toys with the audience yet at the same time he gives just the right touch of vulnerability at the end as he sings the classiest rendition of Frank’s Soliloquy ‘I’m going home’ I have ever heard.

Ben Freeman and Diana Vickers are also well cast as naive Brad and Janet whose world gets turned upside down on their night of discovery. Kay Murphy (Magenta / Usherette) and Sophie Linder-Lee (Columbia) are both given ample opportunity to show off their nifty dance moves and Kristian Lavercombe wonderfully plays Riff Raff the role that writer Richard O’Brien himself made so iconic. The rock and rolling delivery boy Eddie and Dr Scott are both played by Paul Cattermole and the muscle clad Rocky who got everyone’s heart racing was played by Dominic Anderson. 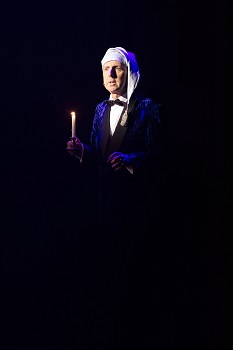 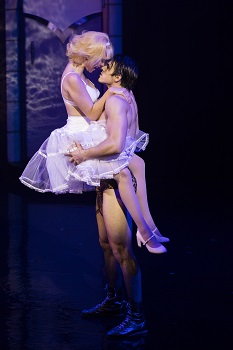 Steve Punt is certainly not afraid of the audience as he banters with them as the narrator able to enjoy every response that the audience gives whilst the other actors continue acting with incredible poker faces as though the audience don’t exist. There isn’t a weak link in the whole cast.

Everything about this show is fun, sexy and outrageous! It is the best damn Christmas ‘panto’ around – The Rocky Horror Show is certainly the tonic to get you into the party spirit! I am giving the production five sexy stars and yet another five for the awesome audience. This tour is one to see.

The Rocky Horror show is playing at the Theatre Royal Brighton until the 2nd January – Tickets Here.

It will then embark on a Nationwide Tour – Tour Dates Here.