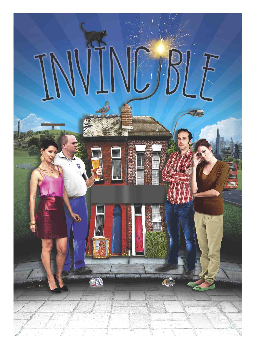 Some great production shots from the UK tour of Invincible starring

INVINCIBLE is a razor-sharp class-war comedy about the North/South divide. The first ever National tour is directed by Christopher Harper and produced by The Original Theatre Company and Theatre Royal Bury St Edmunds.