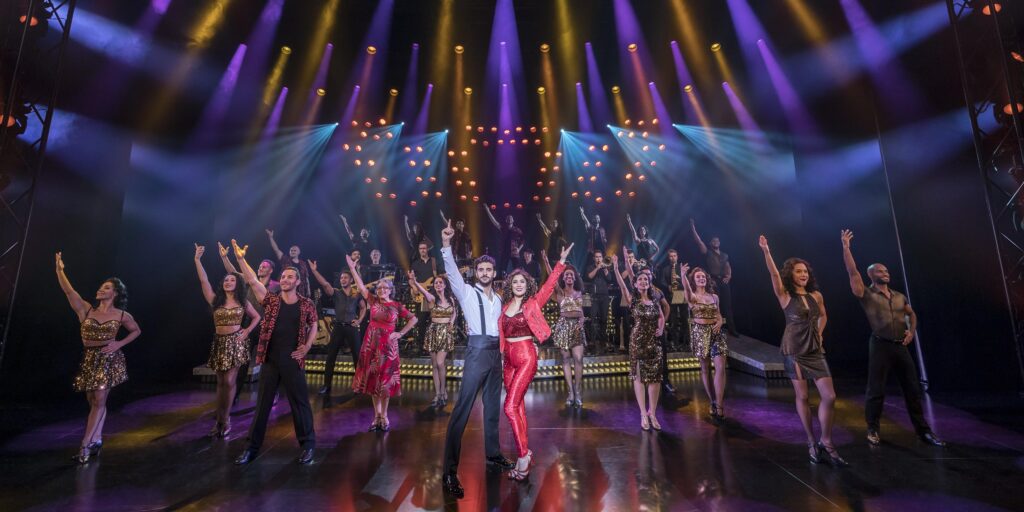 On Your Feet
London Coliseum

After opening on Broadway in 2015, the Tony Award-nominated Gloria and Emilio Estefan musical ‘On Your Feet’ finally transferred to England, finding its home in the London Coliseum; the largest theatre in the West End, which was packed full of fans ready to dance the night away. In fact, the audience were doing the conga on more than one occasion, which included myself as the cast pulled audience members into the isles before the interval!

This inspiring true rags to riches love story follows the trials and tribulations of Gloria and Emilio Estefan, charting their journey from their origins in Cuba, onto the streets of Miami where the Miami Sound Machine was born, and onto worldwide fame. Breaking into the US charts with latin American crossover music was just one of the many challenges they faced along the way, as well as family separation and the tragic road accident that nearly ended Gloria’s career. Despite all of the obstacles they faced, it was the love and support they gave one another that helped them to conquer it all, and whilst the storyline is fairly simple, when combined with the dazzling choreography in the dance numbers, and the non-stop hits such as Dr. Beat, Rhythm Is Gonna Get You and Don’t Wanna Lose You, it makes for a fantastic experience for fans of the 26 time Grammy Award winners.

Christie Prades gives an exceptional performance as Gloria, and having taken on the character on Broadway in 2016, one can see how she has perfected the role, from Gloria’s speaking voice to her singing and complex dance routines. It was Gloria herself who urged Christie to continue in the role for so long which shows you just how talented she is. Her counterpart Emilio, played by George Ioannides, brings a fantastic energy to the show, capturing the determination and passion of his character throughout.

Other standout performances include Madalena Alberto as Gloria’s mother Gloria Fajardo, who expertly conveyed the complicated relationship between mother and daughter very well, it’s a tough role to play as she isn’t particularly likeable until the closing moments of the story, which culminates into a very moving and poignant climax. Heart-stealers include Karen Mann as Gloria’s ever encouraging grandma Consuelo, who the audience completely adored, as well as Elia Lo Taura as Gloria’s father Jose Farjardo, this heart-breaking relationship saw Gloria’s father serve in Vietnam which led to lifelong consequences. The childhood rendition of Gloria Estefan also stole the show, with a stunning performance reminiscent of the talented cast from Matilda.

The entire ensemble were extremely talented, and the cast, backed by a 10-person strong band on stage the entire time, provide an exciting evening that will get you On Your Feet! It’s a show full of colourful costumes, dazzling dance and happy hits that gives you everything you need from a modern musical.