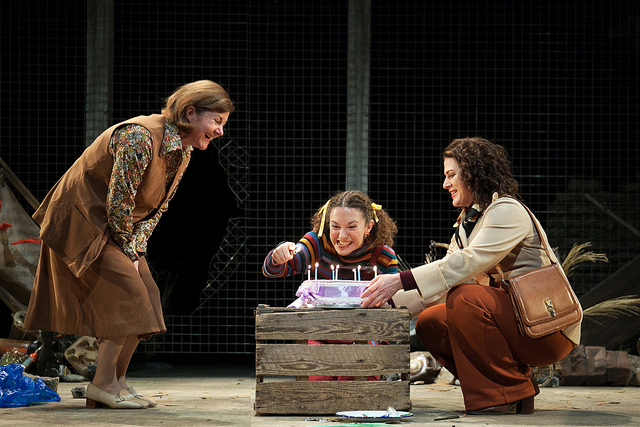 My Mother said I Never Should
Connaught Theatre, Worthing
19-20 March 2019

My Mother Said I Never Should | Review

My Mother Said I Never Should, written by Charlotte Kelly, is the most widely performed play ever written by a woman, having now been translated and produced in 31 countries worldwide. This touring version is bought to the stage by London Classic Theatre and directed by Michael Cabot.

The play examines the relationships of mothers, daughters and grandmothers throughout the 20th century. We meet the four characters at various stages of their lives through seven decades, each scene revealing an insight to lives of the time. The play covers subjects in a woman’s life like marriage, careers, childbirth and dreams and fears.

The main character’s transition from child to mother to grandmother which initially is quite confusing to the audience but then becomes more intriguing as the four women’s stories unravel. Doris is raising her Margaret during the 1940’s as the bombs are being dropped overhead. Margaret leaves her family home for the bright lights of London in the 50s to get married and raises rebellious Jackie in the 1960’s during a time of sexual revolution and better career opportunities. Jackie nearly twenty years later makes the journey in reverse and leaves London to go to University and gives birth to baby Rosie, a child with whom she cannot cope. Men are an integral focus of their lives and their influence is widely felt within the all-female play. The timeline of the women hops and skips around, but all four come together as children in a timeless, surreal space known as ‘the wasteground’.

Bek Palmer’s set focused on the abstract location of ‘the wasteground’ with barbed wire fences and heaps of junk piled high. The actual scenes of the play happened on top of this abandoned land which gave them a sense of flashback and memories of time gone by.

All four women gave strong performances and handled the challenge of playing their characters at various life stages well. Life and female family relationships are complex and bear grievances and resentment from past events. However, at times, the relationships were confusing to follow as the play darted about the decades, aided by costumes changes and a snippet of apt music, to reveal the story.