Once The Musical at the Phoenix Theatre

to play Guy opposite Jill Winternitz as Girl.

Based on the much-loved Oscar-winning film, Once bursts onto the stage with a musical celebration of love, friendship and Irish music performed by cast of actor/musicians. A chance encounter between a girl and guy from different worlds but with a shared love of music and songwriting sparks a deep connection and a tender, unexpected romance.

The West End production of Once opened in April 2013 and went on to win the 2014 Olivier Award for Outstanding Achievement in Music. The critically acclaimed Australian production of Once opened at the Princess Theatre in Melbourne earlier this week. The Broadway production, winner of 8 Tony awards including Best Musical, will play at the Bernard B Jacobs Theatre until 4 January 2015 where it will have run for three successful years.

Ronan Keating will perform the role of Guy from 17 November 2014 except at performances on 20 January and 24 January 2015. 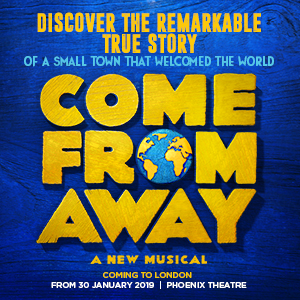