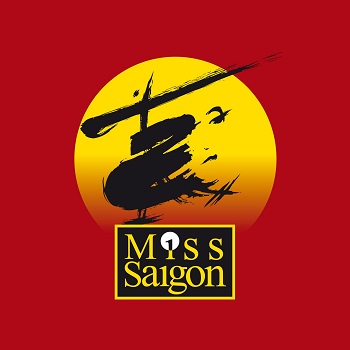 There are several reasons why I have waited until now to see Miss Saigon. I saw it several times in the 1990’s and was very near the top of my list of favourite shows of all time so when it was announced that it was going to be revived in the West End I had very mixed feelings. 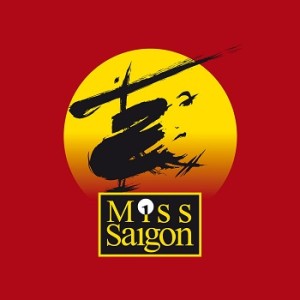 Although I was tremendously excited, part of me was nervous that it would not be as good as I remembered. When it opened in May 2014 critics were divided and many compared it to the original which I thought was unjust because a production should be judged on its own merits at the same time I was worried that if I went I would do the same.

Miss Saigon has been running at the Prince Edward Theatre now for nearly a year and is only eight weeks before his first major cast change. Miss Saigon has swept the boards at the Whatsonstage awards and it’s expected to do the same at the Olivier Awards this year.

The new cast have been hailed as new musical theatre stars and a whole new generation are loving the show. It was time to swallow my apprehension and see what this new production had to offer.

Produced once again by Cameron Mackintosh Miss Saigon is written by the creative team behind Les Miserables Claude-Michel Schönberg and Alain Boublil, and loosely based on Puccini’s Madame Butterfly.

It is set during and after the Vietnamese War. It is the love story of an American GI and a Vietnamese girl called Kim. As the war tears them apart, Chris returns to Boston and Kim is left to pick up the pieces of her life. Years later when they meet again difficult choices have to be made that affect not only them but those around them.

It turns out that it is easy to judge this production of Miss Saigon on it’s own merits. It is a stunning production and although it did lack the sheer scale and magnitude of Theatre Royal production of the 1990s but to be honest the scaling down gave the production a more intimate feel.

Eva Noblezada deserves all the praise that she has been given over the last year. She brings an innocent fragility in her portrayal of Kim and her vocals were incredible, she is a true star in the making. Alistair Brammer is the dashing romantic hero Chris, troubled by the past and the choices he has made.

I had seen Jon Jon Briones play the scheming ‘Engineer’ in the original production, but I had forgotten how well he plays this complex character who forever dreams of a better life in America. I loved his two main numbers, the glitzy ‘American Dream’ and the almost Faginesque ‘Do you wanna die in bed’.

Schönberg and Boublil’s music in Miss Saigon on the whole remains one of the best scores I have experienced. From the romantic Sun and Moon to the new song written especially for the revival ‘Maybe’ there isn’t a weak song, each perfectly capturing the mood of the moment.

Miss Saigon is simply superb and it is a must-see production in the West End, Whether you have seen it before or not, it is one of the best musicals in town this decade.