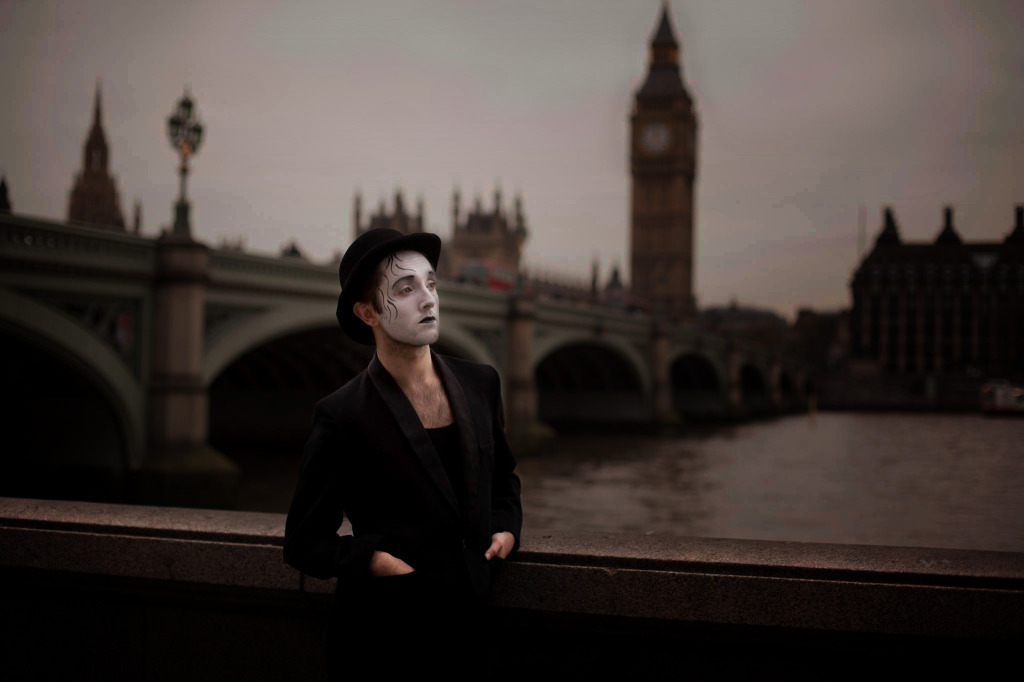 The Mimetic Festival at the Waterloo Vaults runs from the 18th until the 29th November. It showcases cutting edge cabaret and theatre like you have never seen it before.

Even after attending the official press launch on Monday I cannot tell you what to expect. I think the whole point is to expect the unexpected. If you haven’t been before even getting the venue is an adventure. To get to ‘The Vaults’ which is underneath – Waterloo station! To get there you walk down Leake Street which is covered in colourful graffiti of the most artistic kind.

The Vaults is a fantastic place, a long tunnel with various rooms shooting off, each one has temporarily been turned into a mini theatre for the purposes of the Mimetic Festival.

Best yet at the end of the tunnel is a long room which is now Pi the Mime’s Bar. Drinks are reasonably priced and it is an ideal place to hang out, linger with the performers while waiting for shows. During the two-week festival there are over 120 performances from a wide range of puppeteers, cabaret and theatre artists.

Pi took on the role of compere for the press night and introduced 5 acts that would perform during the festival. They each gave us a 10 minute taster of their hour-long act to show us what we could expect.

As you would expect, the acts were chosen to show variety and each of the acts we saw were indeed VERY different. First up was the Familia de la Noche whose mime/song show The Greatest Liar in the World starts the festival and plays each night until the 22nd at 8pm. Visually intriguing,  10 mins definitely wasn’t long enough to see what these players had in store for the audience.

Nothing to see here performed by Kimbo Theatre (UK) followed. This is a drama exploring relationships and imagination. This runs for only two nights 18th and 19th (6.30pm).

Marion Deprez is Gorgeous is described as a one-woman physical comedy show is performed 25th -29th Nov at 8.20pm.  Marion convinces us that our concept of beauty is not always what we believe it to be. Although I found this amusing I do wonder how she develops her 10 min piece into an hour’s show.

My favourite act of the evening was Holestar, whose one-woman cabaret act I would definately like to see. She sang Sondheim’s I’m still here to ahem…rather unusual lyrics and had me in Stritches (get it? – oh never mind).  I am not joking it was VERY funny. (Tonight only – why?!?! 8.30pm)

There are over 30 acts to see at the Mimetic Festival and all the acts are different and push boundaries in different ways, so there is something for everyone (well perhaps not children 😀 ), there is loads to see and it is cheap! Where else could you see 3 shows in an evening for half the price of a West End show?

Grab a few mates, grab a programme, get down to Waterloo and experiment, I have a feeling you’ll be glad you did!

The Mimetic Festival is running from the 18th – 29th November at the Waterloo Vaults.

Full programme can be viewed here

Article about bursary winner Michael Twaits can be read here