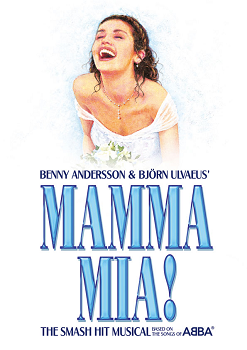 MAMMA MIA! has a new cast starting tonight!  Mazz Murray will be joining the cast as Tanya, Jo Napthine as Rosie, Gabriella Williams as Sophie Sheridan and James Darch as Sky.

Also joining the cast is

Dianne Pilkington will continue to star as Donna Sheridan, with Richard Trinder as Sam, Alasdair Harvey as Harry and Charles Daish as Bill.  At certain performances, the role of Donna Sheridan will be played by Shona White.