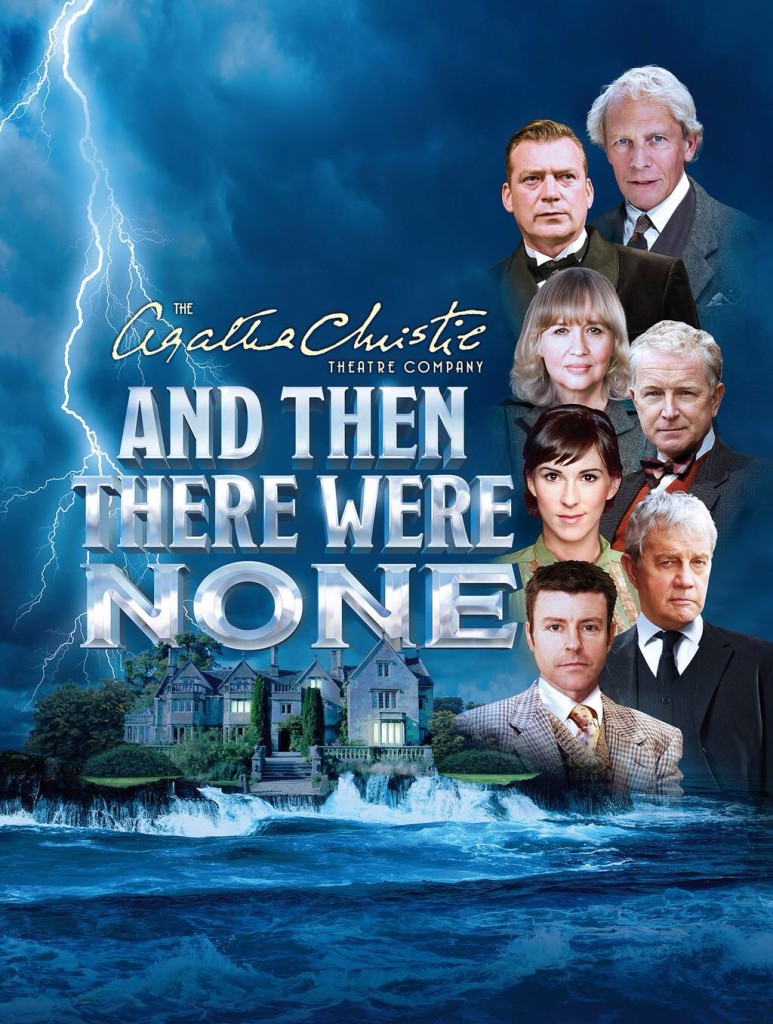 Having seen The Mousetrap last week in London I was very interested to see my second Agatha Christie play last night at The Hawth Theatre in Crawley to see how they would compare. 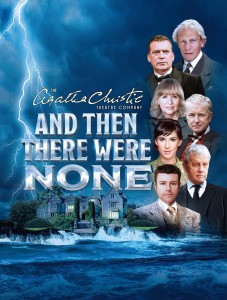 And Then There Were None | Review

Celebrating their 10th Anniversary, The Agatha Christie Theatre Company are on a nationwide tour with what is described as her greatest work. What is notable about ‘And Then There Were None’ is that it was adapted into a play from the novel by Christie herself. The play has been re-adapted over the years but with this production they have gone back to Christie’s original script and stage directions and perform it just as it was intended.

‘And Then There Were None’ has a lot of similarities to The Mousetrap, an isolated location, strangers thrown together by chance and of course – murder.

In this case ten strangers are lured to an island off the coast of Devon by the mysterious Mr Owen. No one knows why they are there, particularly when their host fails to turn up but it soon becomes apparent that they are there because each of them is hiding a guilty secret and Mr Owen knows just what their secrets are.

The visitors realise that they are completely alone on the island with no means of returning to the mainland. One by one they fall victim to a cruel and calculating murderer who must be one of their number. As their numbers diminish, the plot thickens.

Added to the suspense are 10 statuettes on the mantelpiece that break or mysteriously disappear as each murder takes place. Soon the audience are eagerly watching and counting the statuettes in anticipation of the next gruesome death.

The story starts slowly and the introduction of all the characters seems quite laborious particularly when we not only have to remember all the characters, but their guilty secrets as well. However once all the characters are established in our minds it doesn’t take long for the plot to suck us in and keep us guessing. We are soon perplexed and want to know not only who the murderer is and what their motive is but we are also wondering who will be murdered next and how.

As the title suggests they don’t have much luck finding the murderer but there are certainly enough twists and turns in the plot to keep the audience guessing until the end.

This production had a marvellous classic feel to it and has many famous faces from stage and TV which guarantee a high standard of acting including Paul Nicholas, Verity Rushworth, Frazer Hines, Mark Curry and Susan Penhaligon.

The Hawth was buzzing even on a Monday night, throughout the play there were many gasps and jumps from the audience all eager to spot clues and solve the crime. It proved to me that the Queen of Suspense still has the ability to draw in the crowds after all. Phew.

To learn more about the production of And Then There Were None, read my interview with Verity Rushworth here.

And Then There Were None plays at the Hawth Crawley (booking details here) until Saturday 13th June and then visits the Fairfield Halls in Croydon. Catch it if you can.

One thought on “And Then There Were None | Tour | Review”