Two musicals set in Paris, one in Greece, one in Africa and one in a completely fictional land.

Over the last few weeks I have reviewed many of the musicals in London’s West End with some notable exceptions. This is not because they are not worthy, in fact it is the opposite, they are so big and so popular. These musicals have been around for years and don’t need promoting. However I think the time has come to give you a quick run down of the best of the best in the West End. 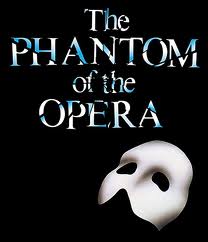 The Phantom of the Opera – Her Majesty’s Theatre, Haymarket
Andrew Lloyd Webber’s longest running musical in the West End, and it is not hard to see why. Christine Daaé, a young chorus girl at the Paris Opera House is singled out and mentored by a mysterious deformed figure. As her career progresses, accidents and death occur in the Opera House. The special effects in Phantom of the Opera were absolutely groundbreaking when it first opened in 1985 and I must say they hold their own today. The music is haunting and recognisable and the whole production is phenomenal. Recommended 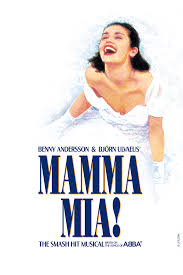 Set on a Greek island to the music of Abba, Sophie is engaged to be married and invites the father she has never met to the wedding, trouble is her father could be one of 3 people. Her mother Donna is horrified when they all turn up but as the show unfolds feelings are rekindled and friendships forged.

Yes yes, we have all seen the film, so the plot is of no surprise. I must admit as I saw the show around the same time as the film I can honestly say it was a disappointment in comparison, as the film is brighter, bolder and well, there is Colin Firth. Saying that though, it does deserve a second chance, and I must go again. I remember the music and energy of the show and I am probably not being at all fair, particularly as I took my teenage daughter who banned me from dancing in the aisles. #spoilsport.

The Lion King – The Lyceum Theatre and on tour

Disney’s Lion King is a marvellous piece of theatre, the story sticks close to the film and with 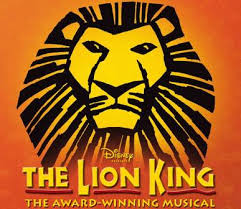 music by Elton John and stunning costumes, scenery and special effects, it makes the hairs on the back of your neck stick up. Definitely go, definitely take the children, Highly recommended.

Wicked – The Victoria Apollo and on tour 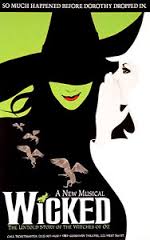 Based on a book by Gregory Maquire this is the alternative look at the story behind ‘The Wizard of Oz’ and why the Wicked Witch of the West was so Wicked….or was she? Or do circumstances make you who you are? Big numbers, big sets and even better, it is the closest West end Show to East Grinstead, no wonder I have been several times J

Heartily recommend this one for the whole family. It is spectacular.

Les Miserablés – The Queens Theatre
Les Miserablés follows the story of Jean Valjean, an escaped convict and his struggle to find a 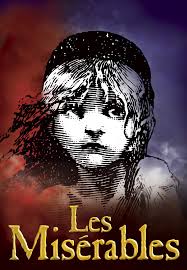 better life for himself and his ‘daughter’ Cosette. Against the backdrop of a student uprising in Paris, Les Miserablés is a true ensemble piece.

Les Miserables is what it says on the tin, it is not a barrel of laughs, it is thought provoking, moving and I defy anyone not to stifle the tears however I do rate this show as my all time favourite and I challenge anyone not to be completely wowed by it. If you haven’t seen it I would suggest not watching the film and seeing the stage show first, unlike Mamma Mia it needs to be seen on the stage. The power of the acting, the simplicity of the sets, and the evocativeness of the music will stay with up you for a long long time. Definitely my Number One.

Other big big musicals that are in the West End at the moment are Miss Saigon, which has recently opened at the Prince Edward theatre and The Book of Mormon at the Prince of Wales. I regret to say I am yet to see these productions (although I saw Saigon several times in the 90s), just waiting for the opportunity and to save up the price of the tickets. They are VERY popular and unfortunately there is no chance of a discount yet.

Would you agree? I would love to hear your views.