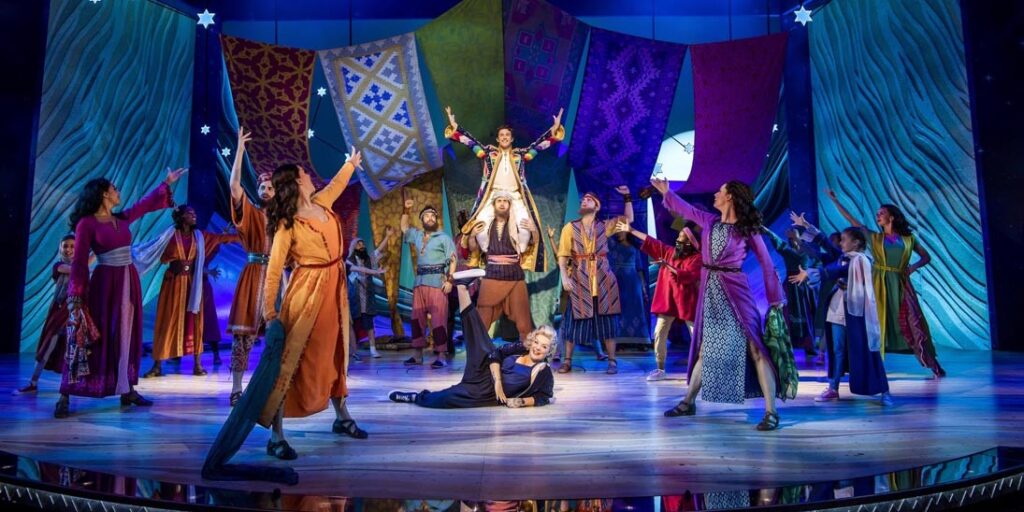 Is there anyone who hasn’t grown up singing Andrew Lloyd Webber’s songs with the lyrics of Tim Rice in this timeless tale of a poor boy coming good through adversity?  Instantly memorable songs sung with exuberance and joy carry the show from the opening credits (the atmosphere is set with cheers from the crowd when Jason Donovan announces that no cameras are allowed and all mobile phones are to be switched off!) right to the high energy finale.

The show is played with a slight twist to the norm.  Sheridan Smith cleverly and with great humour plays multiple parts as well as that of the Narrator, and the introduction of young children into some of the key moments in the show lend an almost “school play meets pantomime” feel to the performance and it is none the worse for these changes.

Jac Yarrow excels as Joseph with a very mature performance and his voice is strong and clear – his version of “Close every door to me” is a particular highlight and to play this lead at 21 years old, having not yet graduated through drama school is a tremendous achievement.  Form your own opinion of the way Jason Donovan is directed to play Pharaoh but you can’t hide the enthusiasm throughout the cast and the genuine delight of the main characters embracing after the final encore.

In summary, this is a very uplifting and energetic version of a classic story.  Young children will enjoy the humour and pace and others will be carried along by the familiar story and songs, directed with a modern twist which keeps the show fresh and entertaining throughout.

Finally and if you are able, keep watching John Rigby conducting the orchestra, particularly at the opening of Act II.  Come back early from your ice cream and intermission drinks to see his cameo performance as the orchestra runs through a montage of the main tunes – he sums up the excitement of the show and should not be missed!