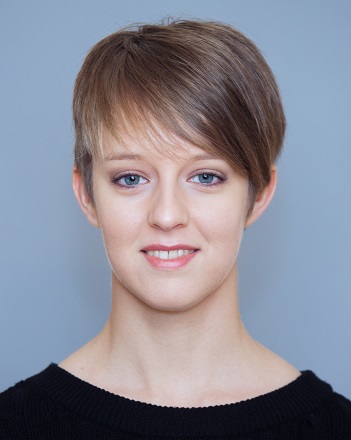 Dancer / choreographer Jemma Gould has recently been involved with ‘Dead in the Water’ a recent hit at the Camden Fringe Festival produced by Balls in the Air Theatre Company. I recently caught up with her and asked her how she enjoyed working on the production and her thoughts on growing up in East Grinstead.

How did you become involved in the Balls in the Air theatre company.

As a freelance choreographer, I usually source work myself through websites, noticeboards, word-of-mouth etc. I saw a notice from Balls in the Air on one website, requesting a choreographer for a new Fringe Festival musical. I’d never done any Fringe work before, but was keen to get involved – it would be my first work as an independent choreographer. I had my interview with writers Paul Tibbey and Mark Sims in a coffee shop in London, it was the most relaxed job interview I’ve ever done!

Tell me about the plot of Dead in the Water.

Dead in the Water explores the possible backstory of Glyn, a welsh tramp who finds himself 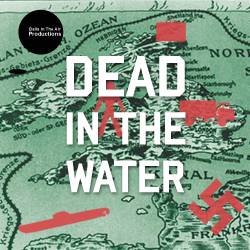 at the centre of a World War Two military operation, Operation Mincemeat. His involvement, under the guise of Major William Martin, promises to advance the war for the Allied forces, but on one condition – he must be dead. Paul and Mark have delved into the myriad facts of Operation Mincemeat and produced a spectacular piece of musical comedy to bring them to life.

Has it been well received by critics / audience?

We had 4 Star reviews from The Latest and RemoteGoat, as well as winning Pick of the Week from both Camden Review and Downstage Centre.  As we’ve just finished our Camden run, we’re waiting for any reviews from that too – fingers crossed!

Have you enjoyed the project?

I have enjoyed it immensely. Working with actors is not new to me, but I’m still impressed every time with how much work they put into the choreography. As we moved into the performance period, we’ve been a tight-knit little group, with everyone chipping in on the speedy get-ins and get-outs that come with Fringe theatre. We rehearse hard, we work hard, then we all enjoy a drink together in the pub.

What is next for Dead in the Water?

From the brilliant audience response we’ve had, I’m hoping to say it will continue on. I would certainly like to take the work to more venues and festivals and I’m sure the rest of the Balls in the Air team agree.

What’s next for YOU?

Currently I’m auditioning for any and all contemporary dance work available; ideally I’d like to be part of a touring company, where I would be able to dance and contribute to the creation of new works. In the meantime I dance with Emmeline Cresswell Dance Company and teach for a couple of local theatre schools, Stagecoach and Act One Beginners.

Acting singing or dancing and why?

Dancing. (I could tell you why, but I’d rather explain it through interpretive dance).

Cast or Creative and why?

Both. I love to perform, but I get just as much pleasure out of watching others perform my work.

Film, TV or Stage and why?

Stage. Film and TV demand a very stop-start performance, whereas the stage gives a performer the chance to experience the journey of a piece.

I like the mix of town and countryside. I can meet my friends for a coffee on the High Street, but I walk ten minutes out of the town and I’m surrounded by trees and fields and fresh air.

How often do you get back and what do you like to do?

I moved back to East Grinstead when I began working on Dead in the Water. Balls in the Air is based in Brighton, and I do other freelance work in London, so it made sense to live somewhere in between. My favourite thing to do over the summer was to go swimming at the Kings Centre to keep fit – then I used to ruin it by walking in to town and getting a mocha.

What are your earliest memories of performing in front of an audience?

My first performances were with Redhurst Schools of Dancing, under the tutelage of Principal Kay Ball. I lived for those four straight days in the theatre, with the costumes and the lights and the backstage buzz.

Are there any local groups that really helped you as your career began to take off?

Redhurst was my first dance school, my time there was brilliant, and I wouldn’t have made it to professional level without the help of my tutors, Kay Ball, Jodie Clark and Patricia Prime. When I was fifteen I began to take drama classes at Act One Beginners with Principal Beverly Hewitt and it’s great to be returning there now as a tutor myself.

Which actors and actresses do you admire and why?

I’m more interested in the work of the choreographers I admire – Anne Teresa De Keersmaeker and Michael Clark are two of my favourites, I admire the focused relation of their dance work to its setting of music, costume, set. As for actors, I’m an avid fan of Bill Nighy.

Social Media or not?

Absolutely yes, networking is so useful in my job. My Facebook page has been covered in photos and press coverage for Dead in the Water. As well as the odd photo of interesting cats.

I have indeed – I’ve been reading the interview with Gavin Spokes.