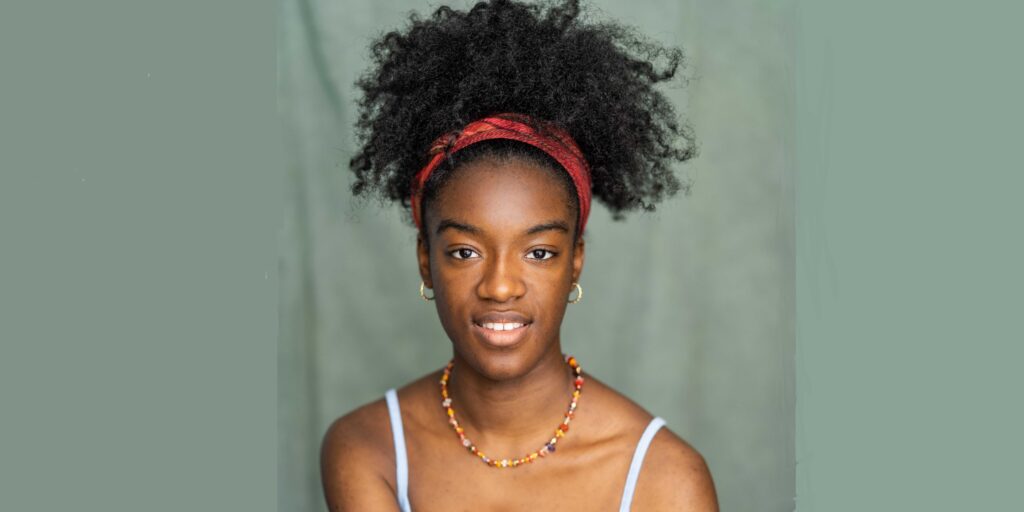 Dolly Parton’s Smoky Mountain is about to open at the Southbank Centre’s Queen Elizabeth Hall in London, Set during the 1930s in the Smoky Mountains of East Tennessee, it promises to be a heart-warming and truly unforgettable production. Halle Brown is taking the role of Sadie – we asked her a few questions about her career and the role.

I’m extremely grateful for the training that I had at Arts Ed, I think it gave me so many tools so that I felt confident going into different spaces, and helped me so much and pushed me in ways I didn’t think. The cast of The Crucible were amazing, I met incredible people, I learned so much from them. I don’t think I’m ever going to stop learning. I think every job that I go into I learn, and I think I did exactly that at The Crucible. I learned from the people, from the cast, from the Director Lyndsey Turner and her generosity with sharing so much information about the industry. I’m just so grateful for the experiences I’ve had, and I think those have shaped me in amazing ways and it’s helping me push myself forward. I’m so grateful to be a part of this cast at Smoky and I can’t wait for the journey and adventure.

Written by Dolly Parton, this version is not set in Victorian London but in 1930s Tennessee. How does that work?

Talking of Dolly, obviously she has written the adaptation and the music/lyrics. Has she had any further input into the show – will she come and see the show do you know?

No idea. Hopefully she does, that would be sick. She obviously gave her amazing sense of musicality and brilliance into the show and you can hear it and see it and it gives so much flavour. It makes it fun and very enjoyable to watch.

Tell me about the songs, with Dolly involved, are there any new ‘anthems’ to look out for?

Appalachian Snow is such a fun song, and it has literally been stuck in my head ever since we learned it, so I think there’s a lot of good like bangers that will be stuck in your head because they’re so fun to listen to.

You play the role of Sadie! Is she based on one of the original characters? What can you tell us about her, and what are the challenges in playing her?   Sadie isn’t your only role in the show I believe. What are the ‘others’?

I think in the original there were less people [actors] and more people were multi-rolled but with this, I just play Sadie and then I have a little, smaller role. But I think it’s nice that she’s given more of a space and it’s easier – if she’s not multi-rolled – to see her, and to see her clearly, and I think she impacts Scrooge massively and kind of taints the way he sees life. But I think it’s great that when he goes and looks back to the past it allows him to see how important love was to him, being with someone and being vulnerable and letting someone see you. She’s a really great character and I’m really excited to play her, and I’m really exited for people to see her and Scrooge and how their relationship was.

What stage of rehearsals are you at currently? How are they going and what are you looking forward to most?

We’re still going through the play slowly, still dissecting it, still getting to know it. It’s really, really fun. We’re still gathering all we can, we’re still learning songs. It’s at a really, really fun place and we’re getting to see the shape more and more every day, and I’m so excited for it to fully be on its feet, which will literally be in a couple of weeks, and it’s going to be hilarious.

And finally, will you be enjoying a Christmas dinner this year, and what do you like to have for it?

I love Christmas dinner, it’s amazing, so so tasty. I love Yorkshire puddings, those are my favourite things. And stuffing!