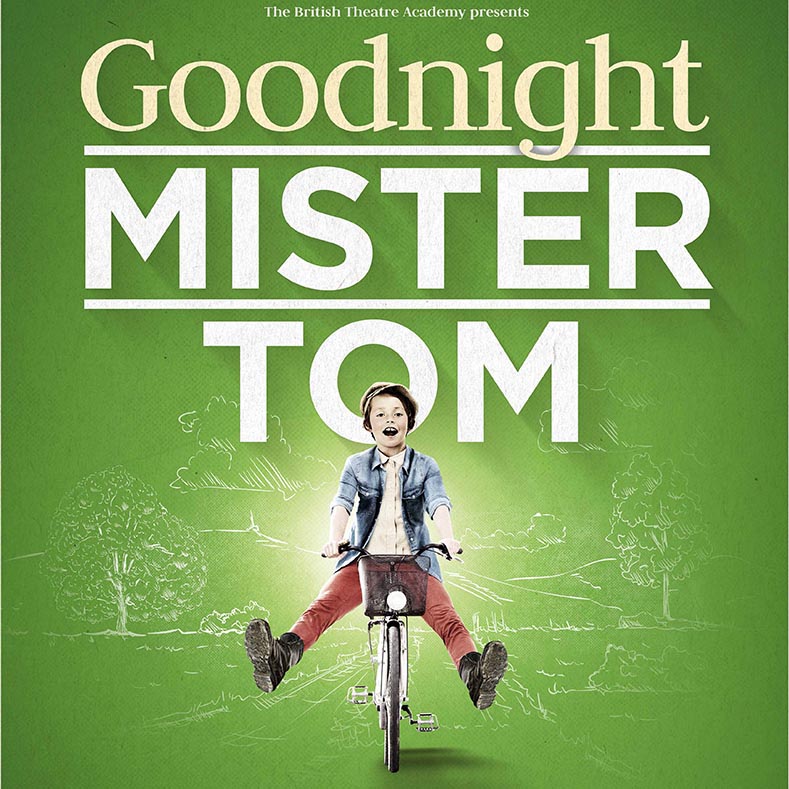 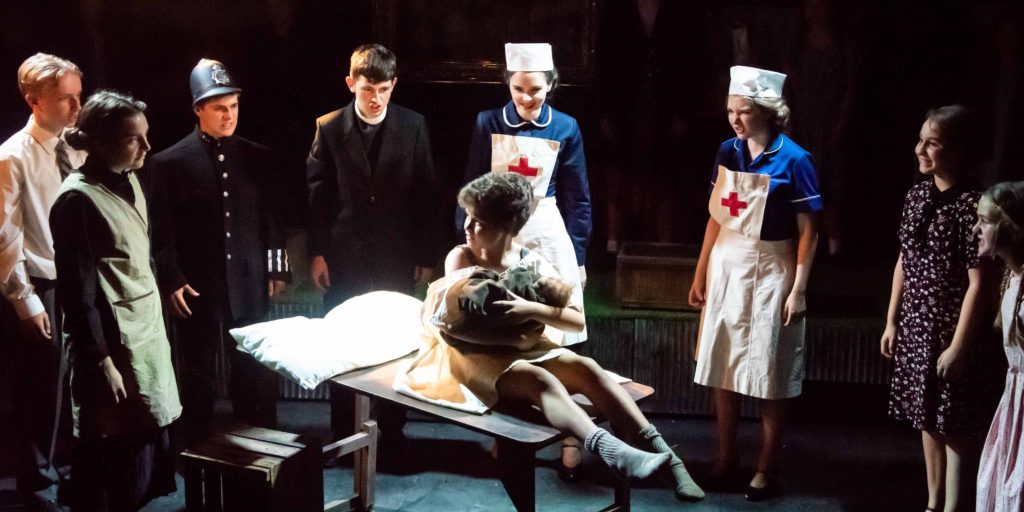 I’m quite the grump. Amongst my friends, I’m regularly considered to be the moody one, or the one with the sarcastic comment, the ice queen or the one with a heart as black as my coffee. Make no mistake though, I am those things. Which is why when a play manages to slip through my emotional guards, it rather takes me aback. And Goodnight Mr Tom (surprisingly written in the 1980s by Michelle Magorian) did just that. Set during the build-up to the Second World War, Goodnight Mr Tom follows the tale of William Beech, an evacuee from London, who is taken in by elderly village recluse Tom Oakley. Together they build a deep and moving friendship as both Tom and William find what it means to have someone who loves you. I was quite prepared to hate this play; I used to be one of those precocious kids who dragged along my parents to all my performances, regardless of how terrible they were, but fair credit to the youth group of the British Theatre Academy, as old Mr Tom might have said – there’s talent in them young’uns

Director Jo Kirkland has wrangled her cast of 26 into a slick, well oiled machine. Evacuees are constantly present, sitting at the back of the stage, throwing snow and leaves to suggest the passing of time, and jumping up to carry staging on and off quickly and quietly. It’s surprisingly difficult to carry off a table in the dark and do it quietly, and all the scene transitions happened quickly and carefully – and creatively. A dining table became a bed, then an air raid shelter, and there was a sense of constant movement to power along the piece. The Southwark Playhouse Little theatre is a small auditorium, and sometimes the size of the stage acted against the company – there were a few moments where everything looked a little cramped, and a couple of occasions where actors bumped against each other, but overall these were minor and given the space, probably cannot be helped. PJ McEvoy’s set is a subtle and sparse creation but works wonderfully to suggest the differences between Little Weirwold and London. I especially liked the paintings which hung on the backwall and depicted all the little features of the village – a church, a post office, a cottage. Very clever, and a fantastic example of utilising small spaces.

The company are uniformly excellent, particularly with our young central cast. As William, Evan Huntley-Robertson gave us a sensitive, vulnerable performance as poor abused William. Huntley-Robertson was amongst the youngest of the actors on stage, which was reflected in the amount of lines he had, even if he had a significant stage presence, but sometimes struggled next to Felix Hepburn as the precocious Zach. In fairness, most people would struggle against the flamboyant Zach, who arrived in a rainbow jumper and within thirty seconds was soliloquising about Shakespeare. Easily the funniest character, he had me in stitches, even if it was with a slightly uneasy sense of recognition. Indeed, all of the actors who played children seemed to be having a whale of a time, and it was immensely enjoyable to watch them together. However, my wholehearted praise has to go to those who played the grown-up roles, particularly Allie Aylott as a brief but memorable performance as Mrs Beech. Mrs Beech isn’t an easy role for an adult to play, and Aylott gave a nuanced, careful performance of a cruel and desperately sad woman on the edge.  The play however, really hangs on the performance of James Sampson as the grumpy but lonely Mr Tom. I’m not sure what it was particularly about Sampson’s performance that charmed me, but I do recognise a good performance when I see one, and Sampson played the role with warmth and truthfulness. I would have perhaps appreciated seeing a little more of the grief that Tom still felt for his lost wife, but this was clearly a directorial choice, and had nothing to do with the performance itself. Although, I will say as someone with West Country heritage, I was personally a tad offended by the accents. When they worked, they were great, but there was the odd slip into parody, and it’s just something worth watching out for

Whilst watching Goodnight Mr Tom, I was reminded in some moments of early days Kneehigh. Played with a twinkle in the eye and a big grin, I especially appreciated the clever use of puppetry, particularly in relation to Sammy the dog (Bradley Riches), who appeared to be an audience favourite judging by the cheers he got at the curtain call. The addition of voice clips of the famous Churchill speeches was inspired, and really helped to ground the play, and using the famous Vera Lynn song “wish me luck (as you wave me goodbye)” as a thread throughout signposted without making obvious, the tragic result of war. At the end of the day Goodnight Mr Tom is ultimately about love and loss, and whilst some of the emotional beats weren’t quite played right (fair play to them, you have to go through loss to know how to play it), there is just enough darkness and grit to contrast with the charming picnics and Wind in the Willow rehearsals.

And I don’t know, perhaps it was the heat (it’s bloody hot in there right now), or maybe it was the cocktails, or maybe I was just tired, but whatever it was, I found myself cheering as enthusiastically as the rest of the audience and overlooking the play’s faults. Charming, whimsical, and utterly disarming, I take my hat off to the young cast of Goodnight Mr Tom, and wish them the best of luck for the rest of the run.