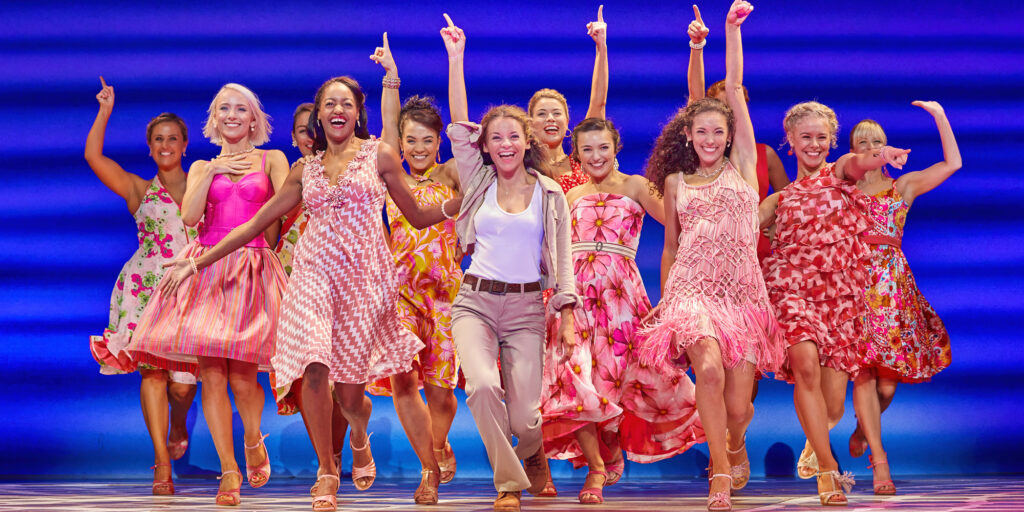 Join us at MAMMA MIA! and enjoy the ultimate feel-good factor at the world’s sunniest and most exhilarating smash-hit musical in Eastbourne!

Set on a Greek island paradise, a story of love, friendship and identity is cleverly told through the timeless songs of ABBA.

Sophie’s quest to discover the father she’s never known brings her mother face to face with three men from her distant romantic past on the eve of a wedding they’ll never forget.

This irresistibly funny show has been thrilling audiences all around the world and now there’s never been a better time to see this unforgettable musical in Eastbourne.

Prepare for a riotous adventure fit for all the family as The Fools battle to tell their own version of the legendary tale. Expect a show packed with wildly-inventive story-telling, fast-paced drama, a host of musical instruments and many a quick costume change along the way!

AN HOUR AND A HALF LATE

All looks rosy in leafy London W4. Peter is about to retire and sell his half of the accountancy business to his partner. They’ll be loaded. Laura has just packed their youngest off to university and the world is their oyster. Will they go on a cruise? Hike in the Himalayas? Take up golf? All that remains is for the documents to be signed. They’re off for a celebratory dinner when Laura drops a bombshell……

Schools from across Eastbourne and East Sussex come together for a fun filled evening of dance hosted by South Downs Learning Trust and the Let’s Dance Trust. All abilities, all styles, all action from young people aged 5-16 years. A wonderful celebration of schools dance.

Geneva. 1816. Victor Frankenstein obsesses in the pursuit of nature’s secret, the elixir of life itself. But nothing can prepare him for what he creates. So begins a gripping life or death adventure taking him to the ends of the earth and beyond.

TICKETS £18 – £25.50 Concessions, Under 16s, Student, Under 10s, and Friends of Devonshire Park Theatre rates available. There will be an audio described performance. See eastbournetheatres.co.uk for full details.

Music by Giuseppe Verdi sung in Italian with English surtitles.

The brand-new production guarantees to delight you with sumptuous sets and splendid new costumes, featuring an impressive cast and accompanied by a live Orchestra of over 30 musicians

Verdi brings ancient Egypt to the stage with an evolving love story set against the backdrop of war.

Music by Georges Bizet. Sung in French with English Surtitles

Featuring an impressive cast and accompanied by a live Orchestra numbering over 30 musicians,

Carmen tells the story of the downfall of Don José, a naïve soldier who falls head over heels in love with Carmen, a seductive, free-spirited femme fatale.

Time to get the legendary Jasper Carrott back where he belongs – up front and centre stage. Jasper is joined by his mate, rock legend Bev Bevan along with guest star Andy Bennett. Enjoy a night of fantastic comedy and great music to lift the spirits and remind us what life is all about!

Joe Spud is twelve years old and the richest boy in the country! He has his own sports car, two crocodiles as pets and £100,000 a week pocket money! But what Joe doesn’t have is a friend, so he decides to leave his posh school and start at the local comp. But things don’t go as planned for Joe and life becomes a rollercoaster as he tries to find what money can’t buy!

THAT’LL BE THE DAY

Unashamedly nostalgic, take a rollercoaster ride through the ‘golden’ age of Rock and Roll and Pop, mixing brilliant vocals and superb musicianship with impersonations and comedy routines.

Romesh is finally coming to Eastbourne with The Cynics Mixtape, his most brutally honest show yet. He’s putting showbiz aside to deliver a carefully curated selection of all the things he has found unacceptable since the last tour!

Following the story of big band leader Alton ‘Glenn’ Miller from his early days through to his final performance. For an evening of toe-tapping swing dedicated to the biggest name in Big Band music look no further.

LORD OF THE DANCE

Since its premiere, 25 years ago Michael Flatley’s Lord Of the Dance has become the most successful touring production in entertainment history.

The show will go to the next level in 2022 for its 25th anniversary tour. Fans can expect new staging, new costumes and choreography plus cutting-edge technology, special effects and remarkable lighting. The spectacle will feature 40 of the world’s most outstanding young performers directed by Michael Flatley, with new music by composer Gerard Fahy.