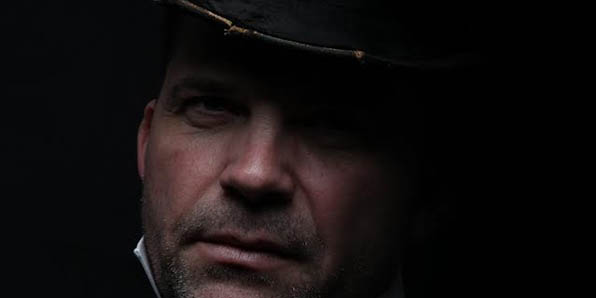 Strange Case of Dr Jekyll and Mr Hyde is a Gothic novella by Scottish author Robert Louis Stevenson, first published in 1886 and written the previous year whilst he convalesced in Bournemouth allegedly under the influence of morphine. The novella follows Gabriel John Utterson, a London legal practitioner who investigates a series of strange occurrences between his old friend, Dr. Henry Jekyll, and a murderous criminal named Edward Hyde. It is revealed at the end of the novella that Jekyll and Hyde are the same person, with Jekyll transforming into Hyde via an unnamed chemical concoction to live out his darker urges.

Strange Case of Dr Jekyll and Mr Hyde is one of the most famous pieces of English literature, and is considered to be a defining book of the gothic horror genre. The novella has also had a sizeable impact on popular culture, with the phrase “Jekyll and Hyde” being used in vernacular to refer to people with an outwardly good but sometimes shockingly evil nature.

The Dickens Theatre Company who have built up an excellent reputation with their previous productions of A Christmas Carol and Macbeth has now turned its attention to this examination of the duality of human nature. It is part religious allegory, part detective story, part Gothic novel and part metaphor for addiction and substance abuse and the four terrific actors pull it off with aplomb. It is a very difficult story to tell because almost everyone knows the ending however Ryan Philpott’s faithful and economic adaptation, Eric Richard’s taut direction and Paul Higgs’ chilling and atmospheric sound which plays for almost the entire length of the performance blend effortlessly, drawing the audience into the strange tale of a respectable doctor who has created a potion in his laboratory which can turn him into a murderous assassin and is eventually unable to return to his former self.

Dave Keeling gives a wonderfully measured performance as lawyer Utterson who acts as the audience’s eyes and ears as he unravels the mystery, Rob Goll is utterly convincing as both Jekyll and Hyde, Ryan Philpott impresses as both Robert Louis Stevenson and Inspector Newcomen and Louise Faulkner is able to demonstrate her tremendous versatility by playing 7 very different characters. She is particularly moving as Dr Hastie Lanyon when he discovers the truth about his old friend.

This is a performance to savour despite unbearably uncomfortable seats and temperatures that must have been approaching tropical. The Dickens Theatre Company is committed to producing high quality stage adaptations of literary classics studied at Key Stages 2, 3 and 4. It’s such a shame those who have the power still insist on students studying literature written before the twentieth century. I’d love to see this superb company have a crack at something more contemporary.