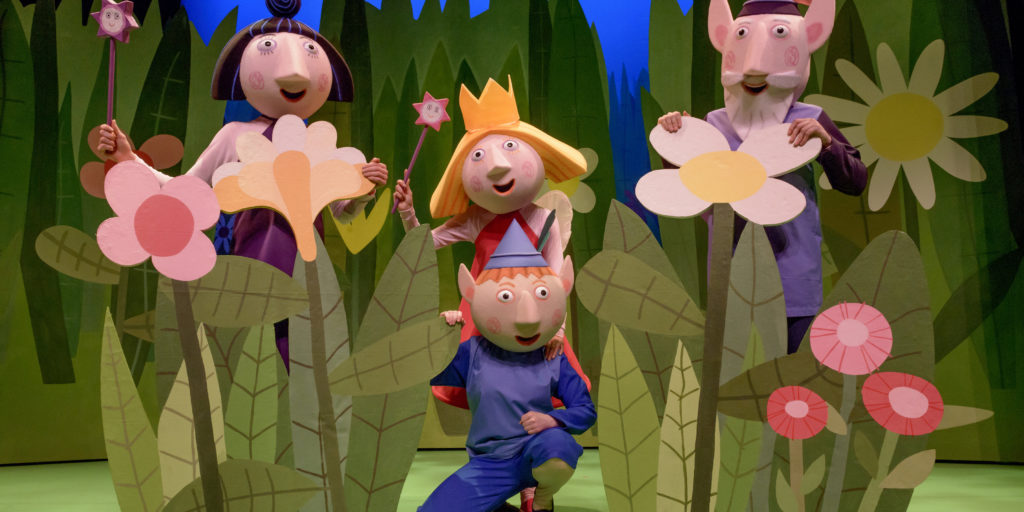 Dorking Halls’ spring season is full of fresh new shows for all ages and theatrical tastes.

First up for kids is enchanting musical adventure Ben and Holly’s Little Kingdom on 25 and 26 March. This beautiful story of elves, princesses and childhood innocence will delight all the family. More magic ensues on 5 April when Easter panto Peter Pan arrives, starring Tracy Beaker’s Dani Harmer as Wendy and comedy legend Bobby Davro as Smee. On 14 and 15 May join Igglepiggle, Upsy Daisy, Makka Pakka and friends for their first ever UK theatre tour of In The Night Garden. Then get busy and wizzy with The Sooty Show on 18 May. Direct from their hit ITV series, Sooty, Sweep and Soo will amaze with impossible tricks and side-splitting jokes.

Musical comedy duo and sisters Flo and Joan are here with a new hour of dark and witty songs on 9 March. The Lost Voice Guy, Lee Ridley takes to the stage 20 April, following the unprecedented success of his appearance on the final of Britain’s Got Talent in 2018. Dorking should prepare its ears for an Evening with Brian Blessed on 24 April. The charismatic actor will talk about his career on stage and screen and his many appearances in Shakespearean productions. The now sold-out Jimmy Carr makes a welcome return on 9 May. Those who missed out on tickets can still get seats for his second date on 6 September.

There’s plenty lined-up for music fans too. The world’s leading tribute to Electric Light Orchestra, ELO Experience,return on 7 February. This magical show features a large screen projection, sensational string section and a stunning light show. Rock and roll legends The Drifters are back on 4 May with a brand new show featuring all their hits from the last six decades. Those who love classic hits from the 50s, 60s and 70s will enjoy the UK’s favourite rock and roll variety production That’ll Be The Day on 17 May. Ben Bowman, the UK’s ultimate tribute to the King of Pop Michael Jackson moonwalks onto the stage on 29 June with popular show Michael Starring Ben. Expect an authentic, high-energy performance featuring a talented live band, stunning costumes and iconic dance routines.

All this and much more. For full listings visit dorkinghalls.co.uk or pop into the venue and pick a copy of the new events brochure.