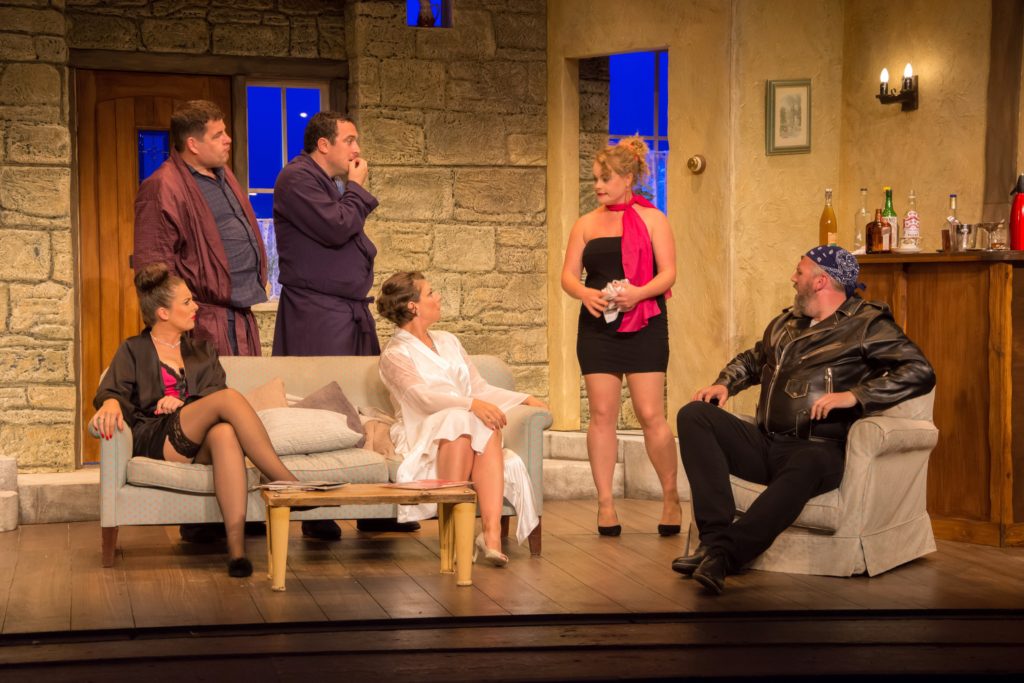 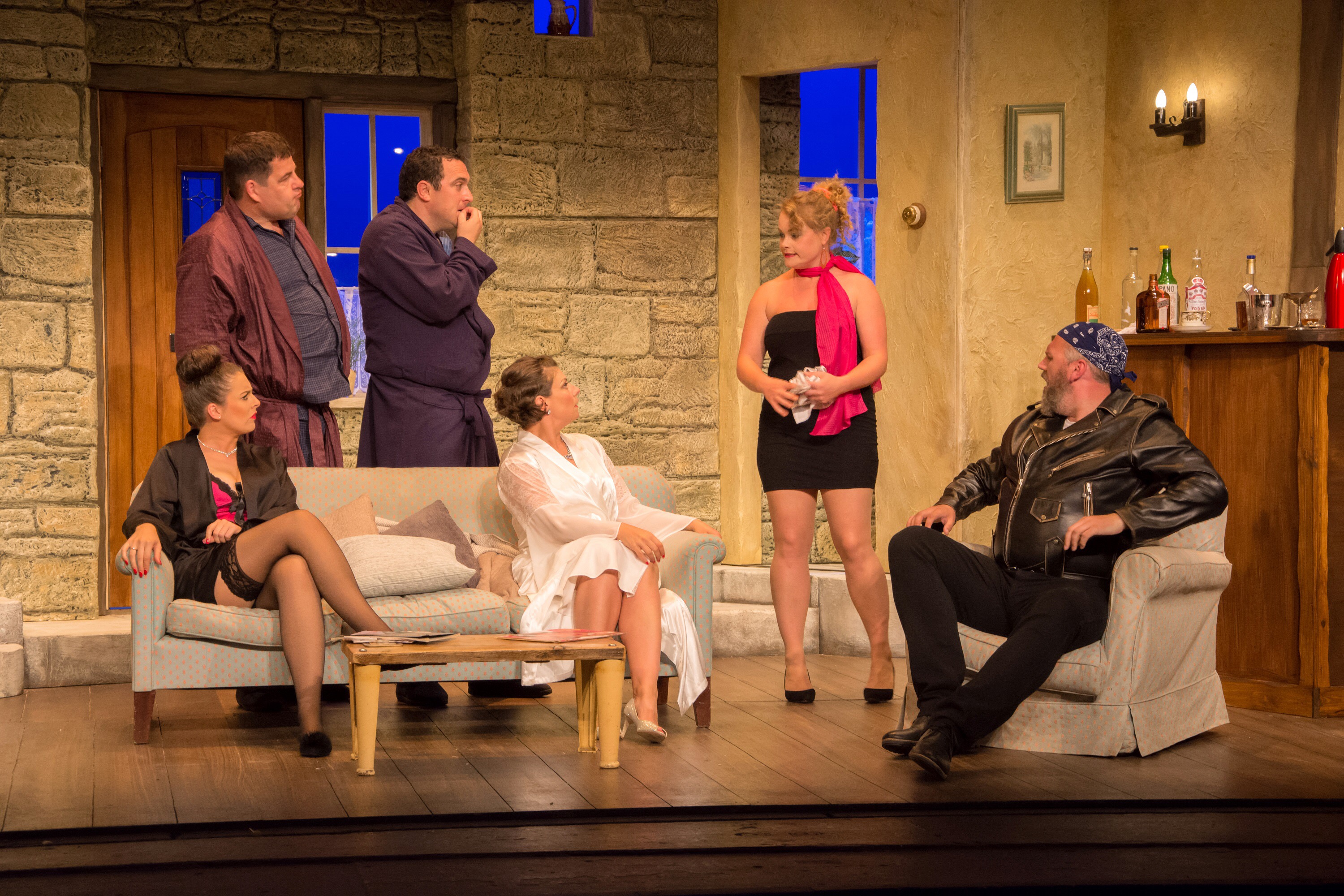 Grumpily driving down to Eastbourne on Wednesday evening in the blistering heat, I considered sitting on a beach more preferable to a theatre. Luckily going to the quaint (and cool) Devonshire Park Theatre to see an hilarious french farce full of mischief and mayhem was just the antidote needed after a long stressful day.

Eastbourne Theatres are jointly producing three productions this summer.  For their first production they have joined forces with Phil&Ben to produce the comedy ‘Don’t Dress For Dinner’, written by Marc Camoletti.

From the outset of the play the laughs come thick and fast. Set in a cottage on the outskirts of Paris, the play opens with Jacqueline preparing to visit her mother for the weekend. Her husband Bernard is particularly anxious to hurry her out of the door because his mistress, the sexy Suzanne is due to arrive. When Jacqueline’s suspicions are aroused, Bernard informs her that his good friend Robert is coming to stay but his alibi backfires when, upon hearing this news, Jacqueline immediately postpones her trip. We learn that she has been having an affair with Robert for some time and wants to grab this opportunity to be with him.

All this happens in the first 5 minutes, half an hour later with the addition of more characters the lies get more and more embellished. There are so many frenetic twists and turns in the plot but with clever writing and fine execution from the cast, Don’t Dress For Dinner is easy and a joy to follow.

Ben Roddy and Polly Lister play the central couple Bernard and Jacqueline, Roddy is well cast as the philandering husband conjuring up scheme after scheme while Lister plays the spurned woman to perfection.

Jacquline’s Lover and Bernard’s best friend Robert, is expertly played by Damian Williams, first being at a loss and flustered with Bernard’s scheming ideas, he soon makes the situation hilariously worse by adding further complications to the already ridiculous situation.

The best lines of the night come from Janine Mellor who plays the caterer Suzette, originally hired to cook for the party is persuaded to play a variety of roles to aid the men’s lies, this she does while making a tidy profit on the night. Bernard’s Parisian lover Suzanne is elegantly played by Tracey Penn. (Suzette/Suzanne – cue more confusion). 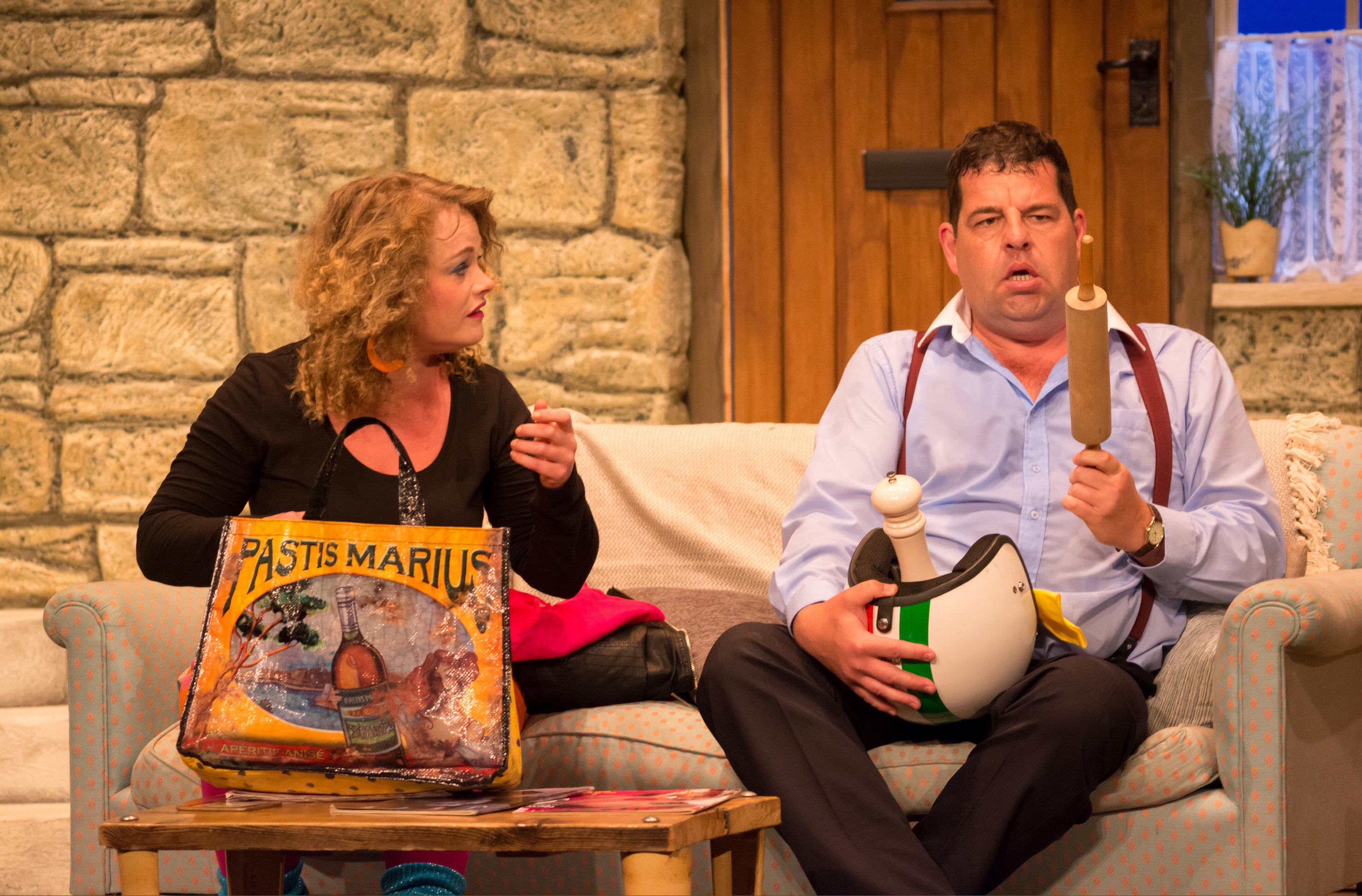 The cast were obviously really enjoying themselves and there was a fair amount of giggling and breaking from the script and addressing the audience particularly from Roddy and Williams, but instead of detracting from the play, this endeared the audience further and we laugh along with them infectiously.

There were gasps exclamations and outright belly-laughs from the audience, who revelled in all the slapstick and side splitting humour. Don’t Dress for Dinner is a great night out, with a big smile and warm heart, I drove home in a much better mood than when I’d arrived.