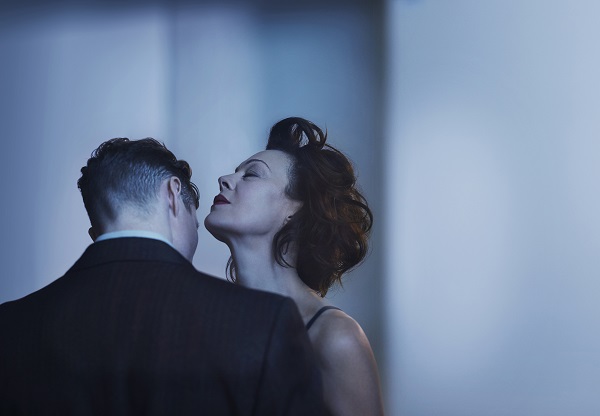 Programme of Events at the Curzon Cinema, The Hawth Crawley…. 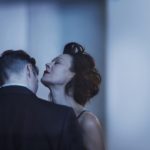 Behind the fragile veneer of post-war civility burns a brutal sense of loss and longing. 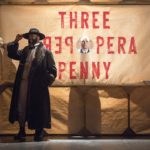 Mack the Knife is back in town.

A darkly comic new take on Brecht and Weill’s raucous musical broadcast live from the stage of the National Theatre.

London scrubs up for the coronation. The thieves are on the make, the whores on the pull, the police cutting deals to keep it all out of sight. Mr and Mrs Peachum are looking forward to a bumper day in the beggary business, but their daughter didn’t come home last night and it’s all about to kick off…

With Olivier Award-winner Rory Kinnear (Hamlet, Othello, James Bond), as Macheath alongside Rosalie Craig (As You Like It, My Family and other Animals) as Polly Peachum and Haydn Gwynne (The Windsors, Drop the Dead Donkey) as Mrs Peachum.

This bold, anarchic production is brought to you by a creative powerhouse; adapted by Simon Stephens, (The Curious Incident of the Dog in the Night-Time), and directed by Rufus Norris, (Everyman, London Road).

Contains scenes of a sexual nature, violence and filthy language.

Antony Sher plays King Lear, one of the greatest parts written by Shakespeare, in one of his most epic plays,

Kenneth Branagh stars as Archie Rice in John Osborneʼs modern classic conjuring the seedy glamour of the old music halls for an explosive examination of public masks and private torment.

With the star pianist Daniil Trifonov

“A marvel, a mixture of exuberance and fabulous subtlety” The Guardian

Simon Russell Beale returns to the RSC after 20 years to play Prospero in this groundbreaking production directed by Artistic Director Gregory Doran.

In a unique partnership with Intel, the production will be using today’s most advanced technology in a bold reimagining of Shakespeare’s magical play, creating an unforgettable theatrical experience.