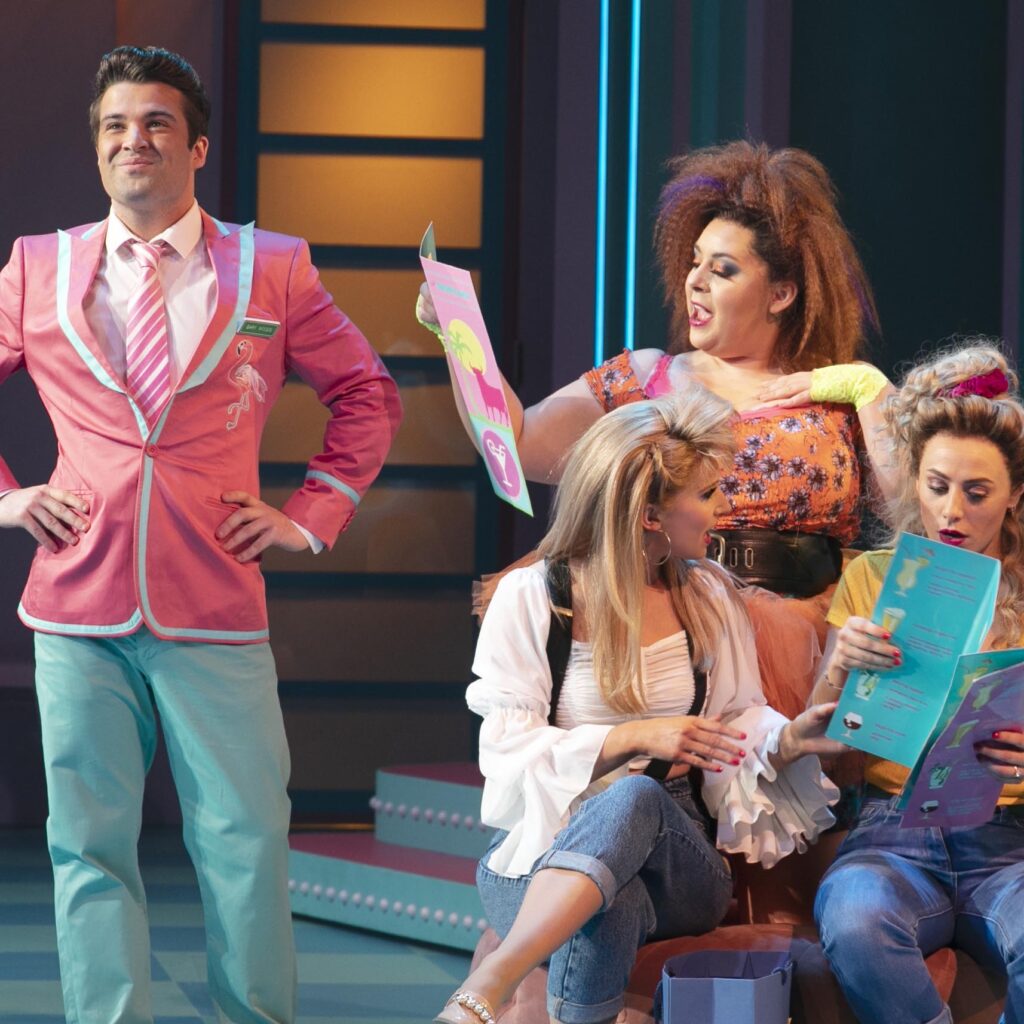 If you are looking for an evening of 1980’s reminiscing, then Club Tropicana the Musical delivers some well-sung songs and references to the decade. Ten years after finding fame from X-Factor Joe McElderry, heads the cast as Garry, an entertainment host in a Spanish hotel, cue the title of the show! A mixture of Butlins and Benidorm provides the main stage with a set that depicts the hotel reception and entertainment area, with the band also on stage, the show delivers lots of great 80’s hits, through a fairly weak storyline. It doesn’t seem to matter that the story is familiar in parts and predictable in others as the atmosphere is fun, comical and with a nod to the youth of the 80’s making it a feel-good sunny show.

Kate Robbins is hilarious as Consuela, her skills in timing and mimicry have the audience laughing out loud. The rest of the cast are story-tellers, all with solo or duet opportunities to bang out some more 80’s cheese and the whole show follows the uplifting spirit of the era with a few cocktails thrown in for innuendo effect.

The ensemble provides more songs and dance from the period, supporting the storyline to its rather predicatable finale. With hints of Fawlty Towers, Victoria Wood’s Dinner ladies and other storylines that seem familiar, Producer Mark Goucher writes, “We are not trying to win any prizes but to give you a good night out” and this is exactly what the show delivers.

The audience lapped up the light-hearted comedy, music and fun with a standing ovation on Monday night, happily being drawn back to younger times.

Club Tropicana the Musical is currently on its UK tour andplaying at The Theatre Royal, Brighton until 30th March.