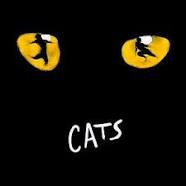 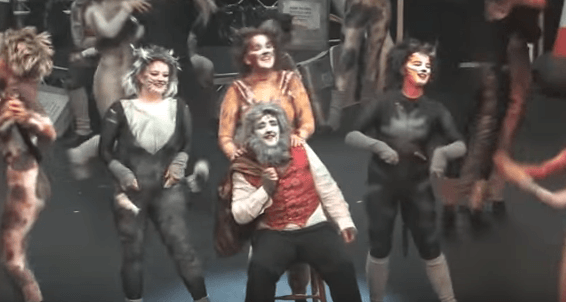 I have been reviewing theatre for the past three decades, and Andrew Lloyd Webber’s Cats is the show that got away.

I have never seen it, and knew none of the music except the hit single Memories, so I was delighted to see Bullfrog Productions’ show at Chequer Mead last night.

And what a show it was.

If you heard a sudden roof-raising roar over East Grinstead at around 9pm, that would have been the theatre erupting into applause as the audience gave the cast a standing ovation.

Sometimes I just want to write a review that says “It was fantastic – but don’t bother reading what I think, get on the phone and book your tickets before they are all gone…”

But I realise this approach would be disappointingly short on specifics.

So – with the caveat that this was a simply marvellous ensemble piece – here are some, and I stress the word “some” – of the show’s stand-out moments.

Such plot as there is in Cats is rather flimsy – simply a device to pull together some great songs and some wonderful – and very athletic – dance performances.

Essentially the cats assemble for the Jellicle Ball where the oldest and wisest of them all – Old Deuteronomy – will decide which of them deserves another life, in addition to their allotted nine.

Musical director Adam Hoskins put in a simply marvellous performance as Old Deuteronomy, his voice warm, wise and compassionate as he reviewed the claims of the various cats at the Ball.

And as Grizabella – the faded good-time girl tortured by her memories and seeking a word of kindness – Emily Price was quite simply heart-breaking. Her voice was powerful and she wrung every ounce of pathos out of her role as the shunned outsider down on her luck.

And Sam Parsons was outstanding in the role of Rum Tum Tugger.

He was drafted in with only three days to rehearse the role, but delivered a faultless performance both in terms of dance and as the coolest cat on the block.

Bustupher Jones, played by Ryan Cottee was a delight, and Lily Cooper put in a charming performance as Jennyanydots the Old Gumbie Cat. Ryan also appeared as Gus, in a beautifully touching duet with Victoria Hill playing a tender Jellylorum as he recalled the highlights of his theatrical career.

And there were terrific performances too from Tara Ushe and Daniel Chenery as Rumpleteaser and Mungojerrie in their comedy duet as the cat burglars.

Harvey Ebbage, playing Mr Mistoffolees, was indeed magical, and his gravity-defying dance leaps earned him huge and well-deserved applause. While the tiniest member of the cast, Callum O’Rourke, was a confident and nimble Skimbleshanks who gave a commanding solo as the train cat.

But this was a show in which the entire cast was involved from the marvellous and atmospheric smoke-filled get-go. For two hours they were cats – every sinuous move, every leap creating an evening of entertainment which was simply spellbinding.

The audience was hugely appreciative throughout the show – and in the car park afterwards there were plenty of plaudits being bandied about.

It was, quite simply, one of the best shows I have ever seen at Chequer Mead – and there are two more performances this afternoon and this evening so it’s not too late to catch it.

Mesmerising. Unmissable. And a half term treat that will create its own Memories…

Cats was performed at Chequer mead, East Grinstead on the 18th and 19th February 2016.

This review was first published in East Grinstead Online.