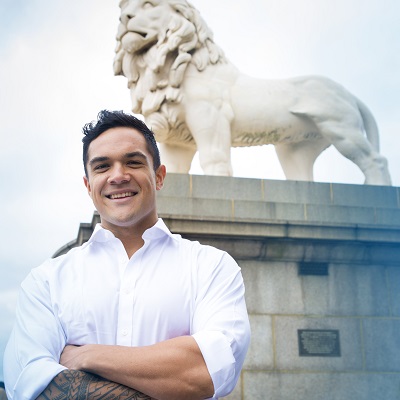 The New Zealand All Blacks Star Nicholas Afoa joined the London cast of The Lion King this month.

Nicholas Afoa, had a promising rugby career with the All Blacks until he was injured. Once he recovered, he dedicated himself to a theatre career.

Nearly a decade later in 2013, the 29 year-old beat 400 other hopefuls to the role of Simba in the Australian production of The Lion King. He joined the London production on May 10th.

This is his first ever time in London. Welcome Nicholas!!!!

Nicholas Afoa takes on the role of Simba at the long running production at the Lyceum Theatre together alongside other changes in the ensemble cast,

Nicholas Afoa made his stage debut as Simba in the Australian production of THE LION KING in 2013 and played Simba in the Sydney production of the landmark musical between 2013 and 2016 performing more than 860 times over that period. The opportunity to play the role in the West End production brings Afoa to London for the first time, as he embarks on his second professional theatre engagement.

Not unlike his character in THE LION KING, Afoa has had a journey to take his place on stage. The New Zealand-born, Auckland-raised performer had a promising rugby career with the All Blacks until he was sidelined by injury. After recovering and dedicating himself to his theatre career, nearly a decade later the 30 year-old beat 400 other hopefuls to the role of Simba in the Australian production.

Afoa’s first performance in London took place on 10th May 2016.

THE LION KING is produced by Disney Theatrical Productions.