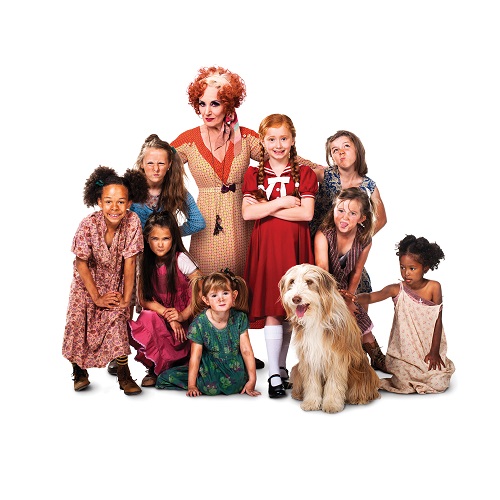 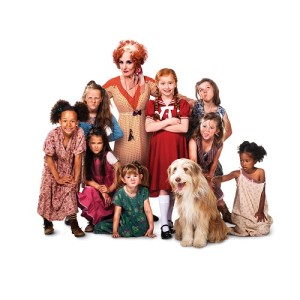 Whilst I was at the Assembly Hall Theatre Tunbridge Wells last night waiting for Annie the Musical to start, I realised although I have seen numerous amateur performances, this was probably  my first time to see a professional production of the musical.

Based originally from a comic strip called ‘Little Orphan Annie’ the musical is set during the Great Depression in the 1930s.

The Eponymous 11 year old heroine lives in a New York orphanage run by the tyrannical Miss Hannigan who treats Annie and the other orphans like slaves as she drinks herself into a stupor. Annie firmly believes that her parents are still alive and longs for them to reclaim her.

When Annie is chosen to spend Christmas with a billionaire Mr Warbucks to improve his image it doesn’t take long for her cheerful optimism to warm his heart. Everything looks bright until Miss Hannigan and her family try to scupper her chances of a happy ending. 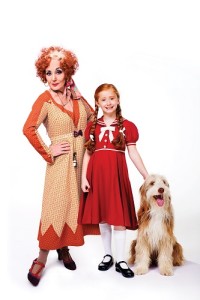 Lesley Joseph (Birds of a Feather) is reprising the role of Miss Hannigan having first played it in the West End during the 90s, here she shares the role on the tour with Craig Revel Horwood, Jodie Prenger & Elaine C Smith. Lesley Joseph plays the gin-swilling, frustrated villain well enough but although it is her face and name on all the posters it is the children who ultimately steal the show.

Last night in Tunbridge Wells we saw Team Rockefeller, six brilliantly talented youngsters with Elise Blake playing the fiery haired heroine. The character Annie can sometimes come across as obnoxious but Elise played her with spirit and was immediately likable from the start. Her renditions of ‘Maybe’ and ‘Tomorrow’ were lovely, pitch perfect and brought a lump to the throat.

Alex Bourne (Chicago, We Will Rock You) plays billionaire politician Mr Warbucks with Holly Dale Spencer as his personal assistant Grace Farrell. Their blossoming relationship with Annie and despair when things don’t go as planned is beautifully captured but their own budding romance which I have seen in previous versions is played down in this production.

And if you are wondering about Annie’s canine friend Sandy; yes he does appear!  A gorgeous labradooble called Amber is warmly received by the audience and is tasked with the important role of helping with scene changes which he does admirably.

The memorable songs that run throughout Annie are given sparkling new life by Musical Director George Dyer‘s arrangements together with Nick Winston‘s amazingly inspired choreography the ensemble numbers are exciting and great fun to watch. I particularly loved ‘Hard Knock Life’ as it showcased the children beautifully.

In an amateur production the stage can be filled with 20-30 children belting out the songs but these seven children easier filled the large Assembly Hall with their voices whilst dancing in perfect time using various props including beds, lights and metal buckets, it was a fantastic opening to the show. 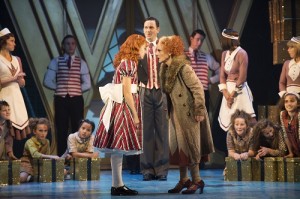 Colin Richmond‘s set is simple but effective, it resembles a giant jigsaw, a design similar to the building blocks in another popular children’s musical Matilda. By keeping the backdrop neutral, items of furniture wheeled on and off the stage are all that is needed to change the set from the squalor of the orphanage, to a busy street in NYC to a luxury mansion.

Annie remains a great family musical and this production directed by Nickolai Foster is worth a punt. It is the perfect rags to riches story brimming with optimism and joy! Get down to The Assembly Hall Theatre in Tunbridge Wells before Saturday!