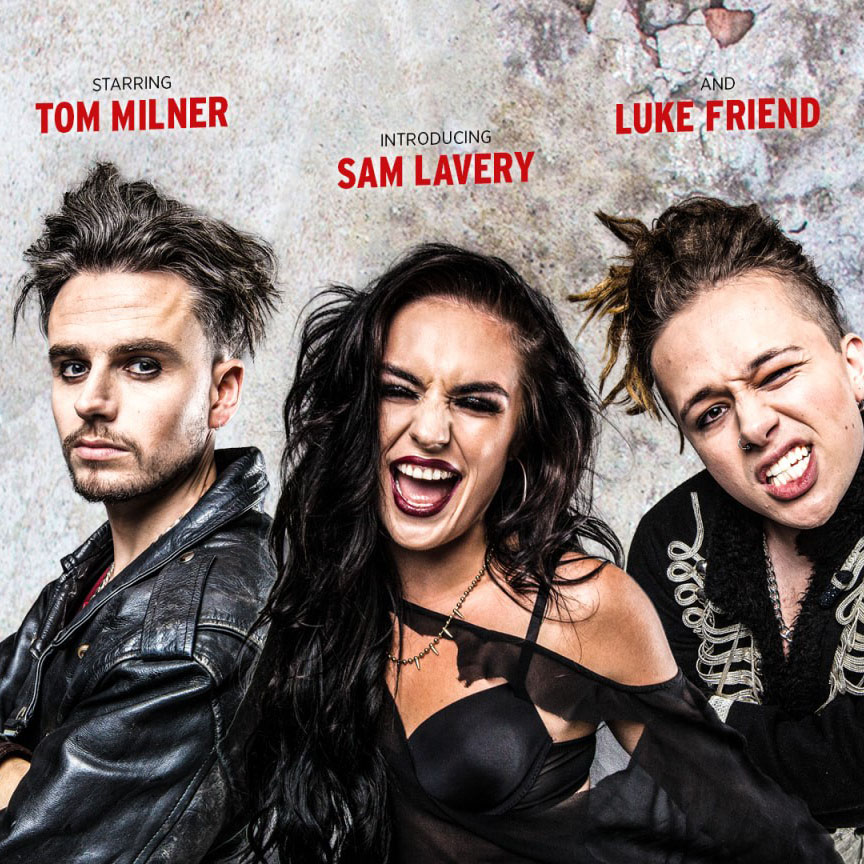 American Idiot is a Riot

Growing up as a teenager in the noughties, it was a time when punk-rock was at a high with bands like Sum 41, Blink 182 and Good Charlotte in the mix, but of course at the heart of that was a ‘small’ band called Green Day, who released their multi-million selling album American Idiot in 2004; a rock opera soundtrack that screamed out against the Iraq War and its effects on society, whilst overcoming the lead singer’s personal demons and dealing with the acceptance of a disenchanted reality. Now 15 years on since the album’s original release, the show that was created on Broadway celebrates its 10 year anniversary, and it seems just as relevant and poignant in today’s political climate as it did when it was first created.

A rebellious punk-fuelled outcry means the show is full of punchy songs, cutting-edge guitar riffs, fast-paced drumming and hard-hitting lyrics that are catchy and will leave you bobbing your heads and stomping your feet. I found it impossible to remain still in my seat at times.

The show’s focus is clearly leant towards the big musical numbers from the album, and whilst the plot is brief and the dialogue is short, the songs provide all of the they need to. Whilst the story is fictitious, the songs themselves, written by Green Day lead Billie Joe Armstrong, are semi-autobiographical, adding further layers of individual experience to the storyline.

The narrative centres around three disaffected young men, Johnny, Will and Tunny. Johnny and Tunny escape their stifling suburban lifestyle and parental restrictions, while Will remains at home to work out his relationship with his pregnant girlfriend, Heather. The former pair search for meaning in life and try out the freedom and excitement of the city. Tunny swiftly joins the military and is sent to war, whilst Johnny’s path descends towards drugs as he finds a part of himself that he grows to dislike, has a relationship and experiences lost love.

The most stand out element of the show for me has to be the musicianship of the performers. The standards from everyone on stage were very high, with singers of X Factor fame such as Luke Friend, who plays St Jimmy, and Sam Lavery, who played Whatsername, delivering powerful vocals throughout.

“American Idiot” is an energetic and powerful show that will not only please fans of Green Day, but anyone else who is looking for a rock-fuelled evening of entertainment.

For information on the UK tour of American Idiot, visit https://www.americanidiotthemusical.co.uk/